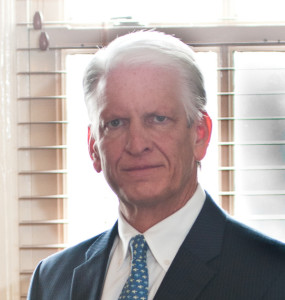 “With our recent 35th anniversary, I started to think about my own history with the park and all that we have accomplished during this tenure,” Nicholson said. “It has been a difficult decision to consider retirement because I love the park and highly value the team of people I work with, but after 17 years, this is the right time for the park and for me personally. I am looking forward to exploring new opportunities. I leave knowing that the park is now a serious and relevant player in equestrian sport around the world, and that it provides an international calling card for Kentucky, not just in attracting and hosting major events, but also acting as an important cultural and economic driver for the Commonwealth.”

Under his leadership, the park hosted several prominent events, most notably the 2010 Alltech FEI World Equestrian Games. Nicholson led a bid effort by the park, the Commonwealth of Kentucky and several other private partners. At the time, the Games, which serve as the world championships for eight equestrian disciplines, had never been held outside of Europe. The event injected $201.5 million into Kentucky’s economy.

Nicholson also oversaw several major expansion projects at the park during his tenure, including the construction of the 5,500-seat Alltech Arena, the 7,300-seat Rolex Stadium and a $10 million, 8,500-square-foot museum wing.