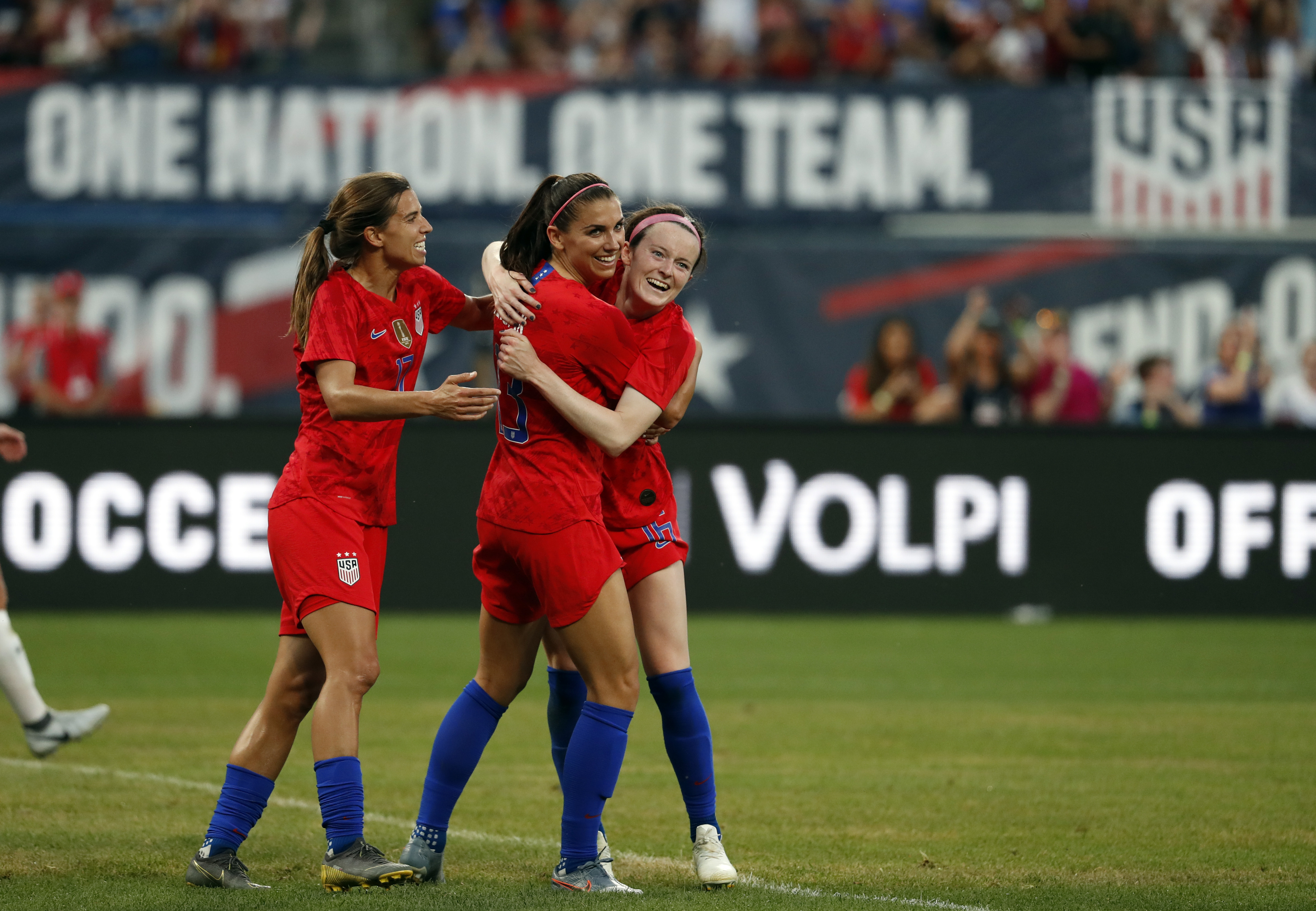 United States' Rose Lavelle, right, is congratulated by Alex Morgan and Tobin Heath, left, after scoring during the first half of an international friendly soccer match against New Zealand on May 16 in St. Louis. Photo: Jeff Roberson/AP Images
Category:

A World of Opportunity

Excitement is rising for the 2019 FIFA Women’s World Cup, which will be staged June 7–July 7 in nine cities in France. As of March, more than 500,000 tickets had been sold, 23 percent to ticket buyers in the United States—and there’s good reason for the strong American interest. The 2019 tournament will mark the […]