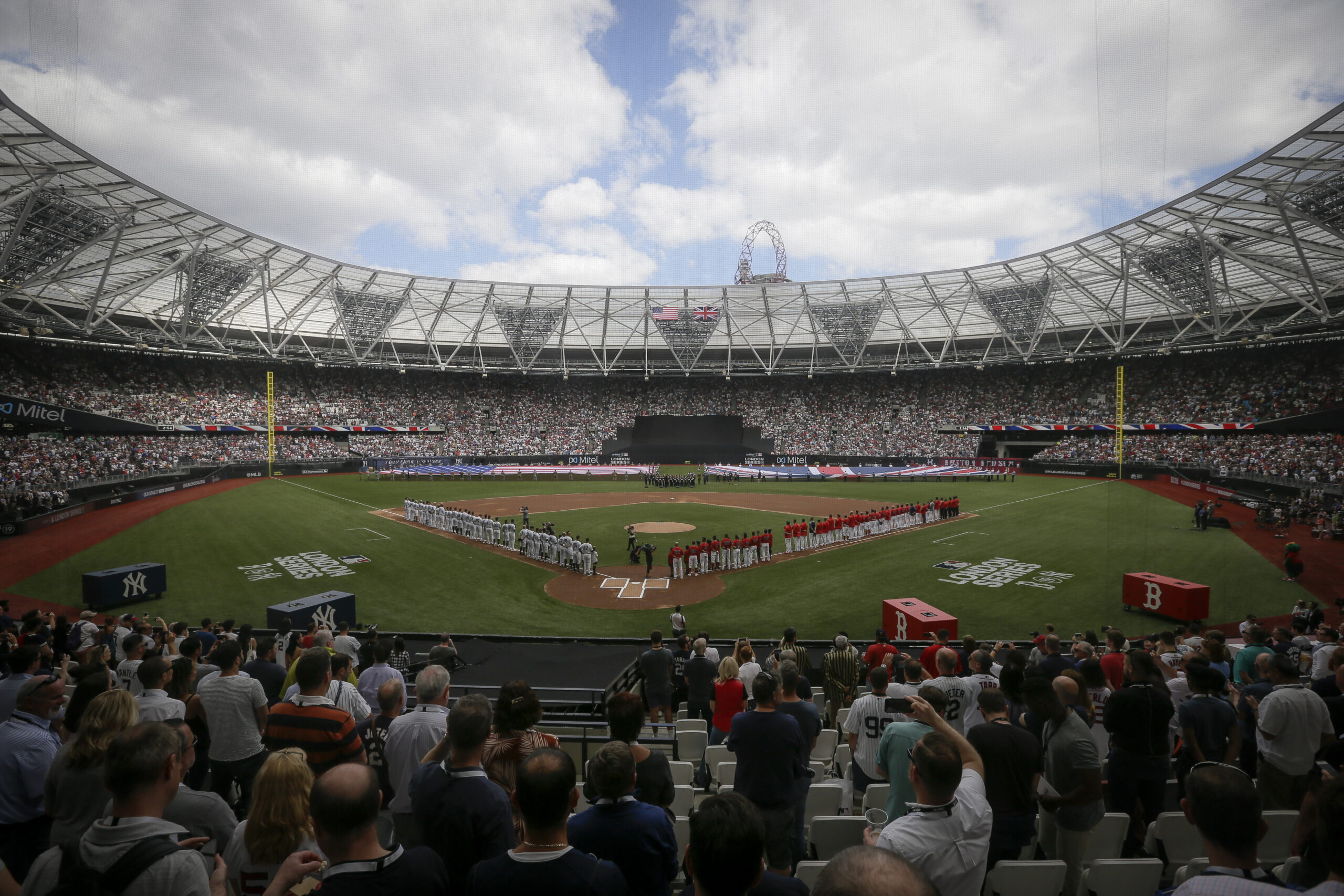 The New York Yankees, left, and the Boston Red Sox line up for the national anthem before a baseball game in London on June 30, 2019. (AP Photo/Tim Ireland)

For the first time in four years, Major League Baseball action is returning to London.

The second installment of the London Series will take place June 24–25, 2023, when the Chicago Cubs take on the division rival St. Louis Cardinals at London Stadium.

“The Cardinals are excited and honored to be a part of the London Series next year. The Cardinals-Cubs rivalry is one of the best in sports, and it will be exciting to bring it to Europe for a new audience to experience,” said William O. DeWitt Jr., Cardinals Chairman and CEO. “I have no doubt that the passionate sports fans in London will love these games and we look forward to creating some new Cardinals fans overseas.”

Both teams have previously played regular season games on the international stage. In 2000, the Cubs traveled to Tokyo, Japan, to open the season with two games against the New York Mets, and in 2003, played a three-game series against the Montreal Expos in San Juan, Puerto Rico. In 2019, the Cardinals took on the Cincinnati Reds in a two-game series in Monterrey, Mexico.

“The MLB London Series between the Cubs and Cardinals has been in the works for years now and we’re thrilled to finally be able to bring one of baseball’s biggest rivalries to fans abroad in 2023,” said Cubs Executive Chairman Tom Ricketts. “We hope that this series not only excites and entertains but brings more international sports fans to the game we all love.”

The 2023 London Series will mark a return to the baseball-configured London Stadium following the inaugural Mitel & MLB London Series that was held on June 29–30, 2019, between the Boston Red Sox and the New York Yankees. The two games at London Stadium were the first regular season games played in Europe and provided plenty of fireworks. A total attendance of nearly 120,000 fans watched the Yankees score a combined 29 runs to Boston’s 21.

The 2023 London Series is part of the MLB World Tour, an historic slate of games that will bring MLB teams and players to the league’s global fan base. The Tour represents MLB and the MLBPA’s largest ever international play plan featuring up to 24 regular season games and up to 16 exhibition games to be played in Asia, Mexico and Latin America, and Europe through the 2026 season.