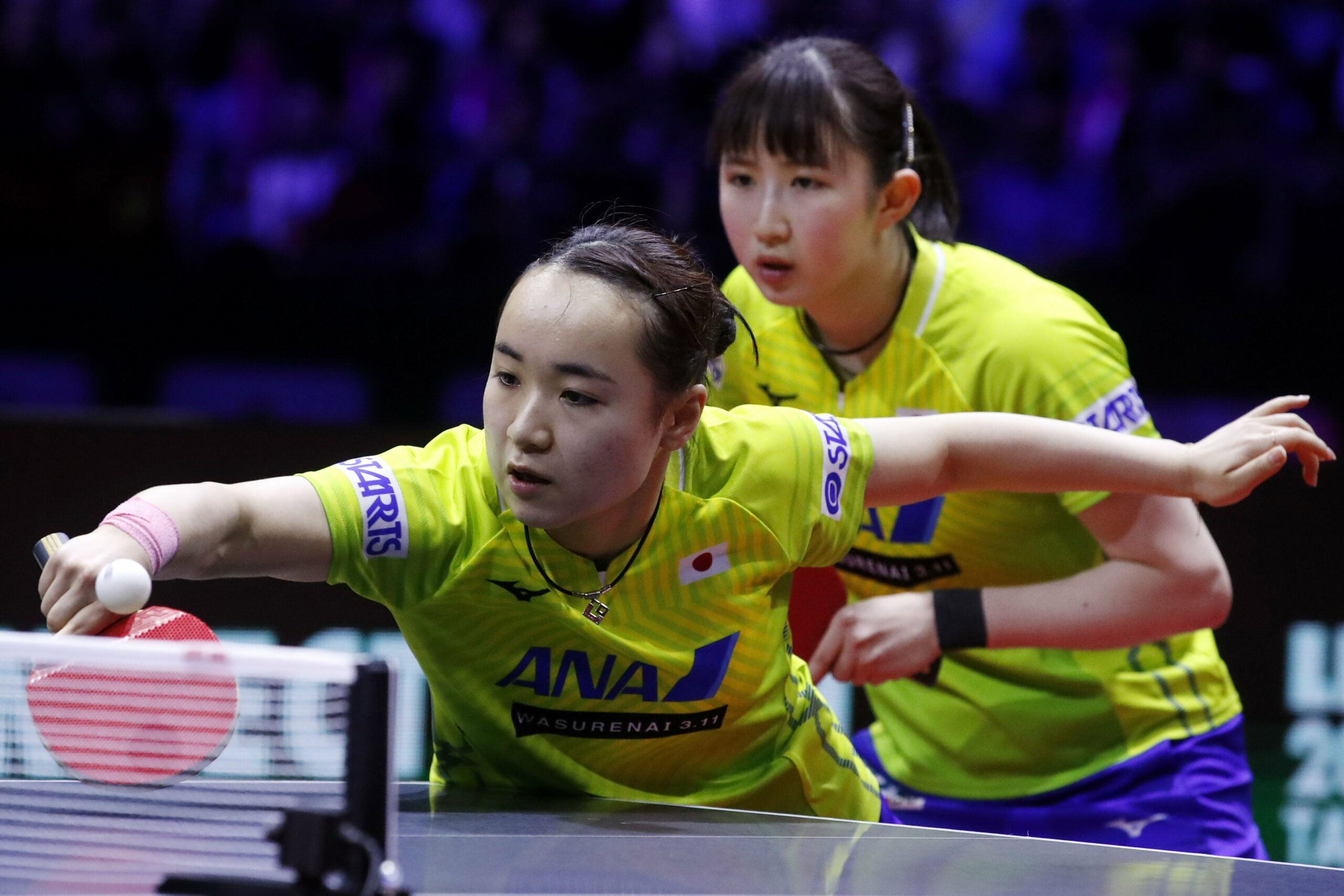 Mima Ito and Hina Hayata of Japan play against Sun Yingsha and Wang Manyu of China during their women's doubles final match of the World Table Tennis Championships in Budapest, Hungary, in 2019. (Szilard Koszticsak/MTI via AP)

A year after the COVID-19 pandemic delayed the ITTF World Table Tennis Championships, the Harris County – Houston Sports Authority has announced that it will host the event November 23–29, 2021, at the George R. Brown Convention Center. It will be the first time the United States has hosted the tournament.

The rescheduled event will coincide with and commemorate the 50th anniversary of the diplomatic mission between the United States and China that was dubbed “Ping Pong Diplomacy.”

The event is currently being planned without spectators and will follow strict COVID-19 protocols for participants. All events will be held at the convention center, with the finals staged in the venue’s General Assembly Theater.

“What better way to showcase the sport of table tennis than hosting the ITTF World Championships; we couldn’t be more excited,’’ said Harris County – Houston Sports Authority CEO Janis Burke. “It will be a special week for everyone involved to be a part of one historic moment and commemorate the other. What a tremendous way to introduce more players to the sport.’’

The ITTF Championships will be one of many international events planned in the United States in the lead-up to the 2028 Olympic Summer Games in Los Angeles.

“We are thrilled to partner with USA Table Tennis and the Harris County – Houston Sports Authority to welcome the World Table Tennis Championships to the United States for the first time,” said Susanne Lyons, chair of the United States Olympic & Paralympic Committee Board of Directors. “The USOPC will work collaboratively with the organizers to celebrate the competitors and competition and provide necessary logistical support for all participants.”

Fifty years ago, the U.S. table tennis team played its Chinese counterparts in an exhibition that heled establish new diplomatic relations between the countries’ respective leaders. The event eased diplomatic tensions, allowing then President Richard Nixon to visit Beijing in 1972.

“We are overjoyed that the World Table Tennis Championships are being held in Houston,” said Virginia Sung, CEO of USA Table Tennis. “Not only will it mark the first time the U.S. has hosted, but the 50th anniversary of Ping Pong Diplomacy adds an additional layer of significance. Once again, we will have the opportunity to celebrate our great international sport in the spirit of inclusion and to demonstrate our shared sense of humanity as we look toward the future.”