A memorable week of competition has concluded in the greater Los Angeles area, where the Special Olympics World Summer Games ended with a closing ceremony at the Los Angeles Memorial Coliseum. As our July story details, from July 25 to August 2, around 6,500 athletes from 165 countries competed in 25 events at venues across the region. But even before the sporting competitions began, a number of festivities around town helped attract spectators and media to the biggest event hosted in Los Angeles since the 1984 Olympic Summer Games. 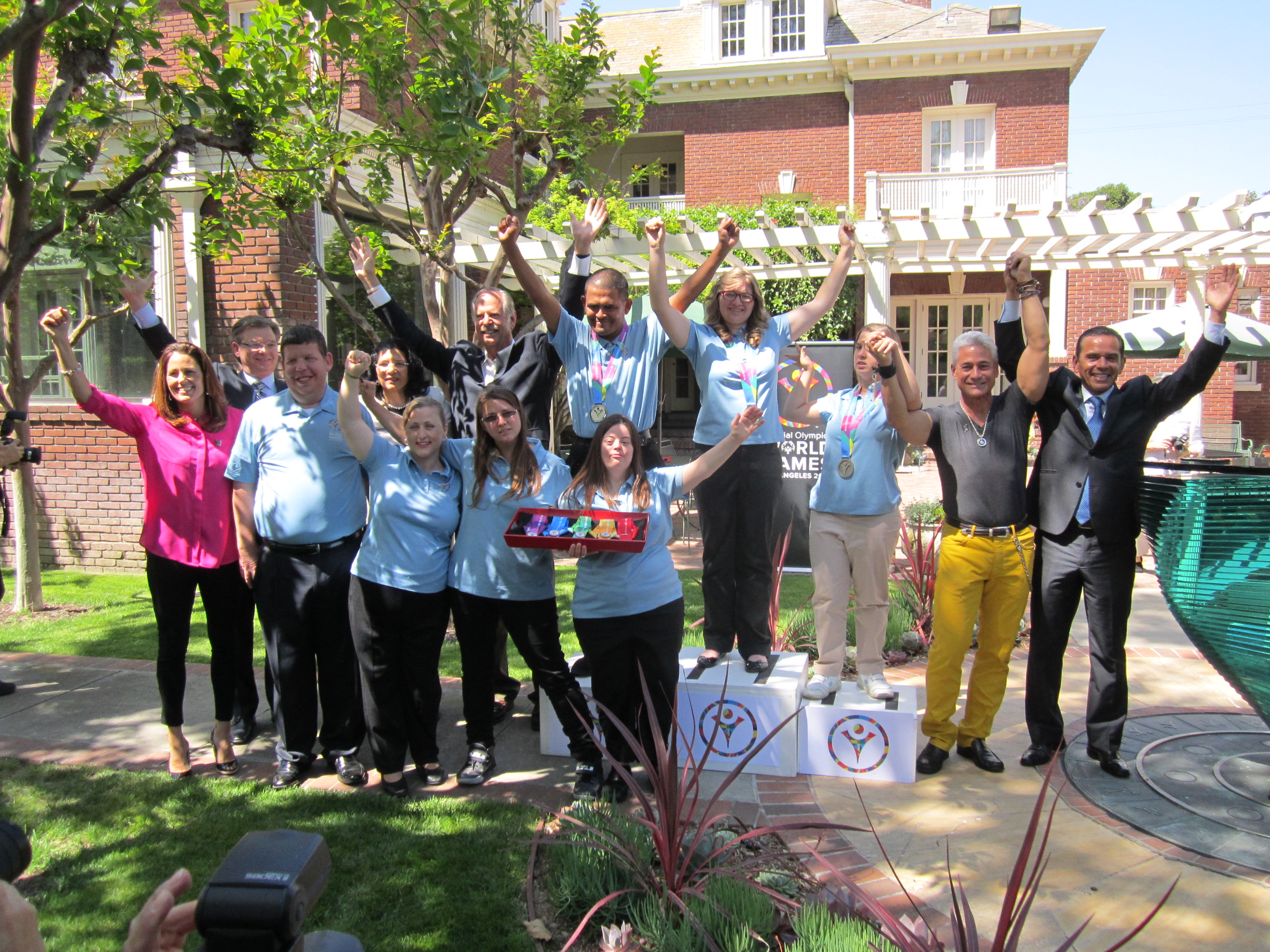 The gold, silver and bronze medals were unveiled for the first time, along with distinction ribbons featuring the 19 colors in the World Games logo. 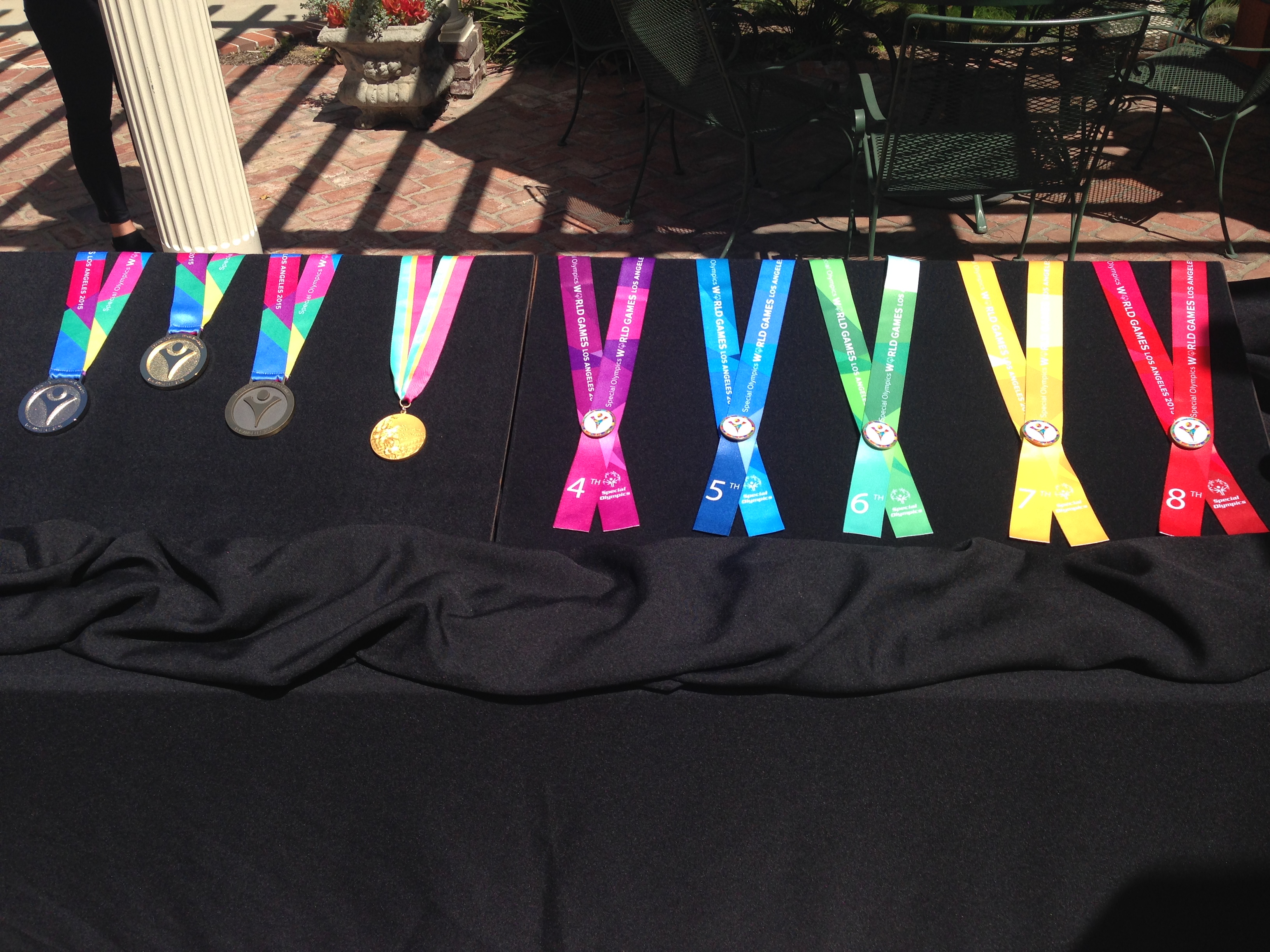 From July 21 to July 24, as many as 100 host cities celebrated the delegations of athletes arriving from around the world. The city of Santa Monica welcomed athletes from Brazil and Romania to Muscle Beach. Santa Monica has enjoyed a long history with Special Olympics, which was started in the 1960s by the late Eunice Kennedy Shriver, mother of former Santa Monica Mayor and City Council Member Bobby Shriver. 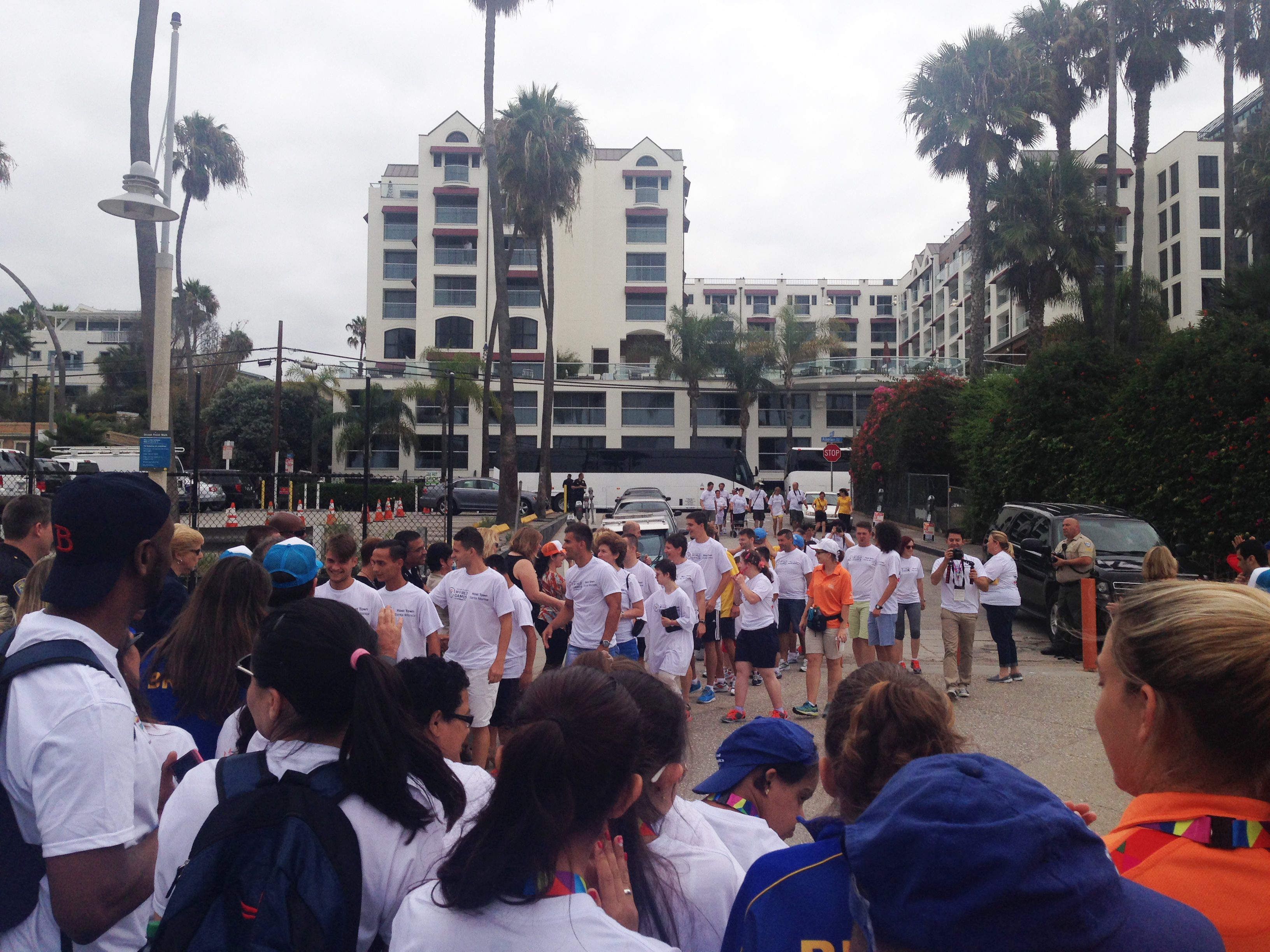 Former Santa Monica Mayor Richard Bloom (center) shook hands with athletes as they got off the bus. 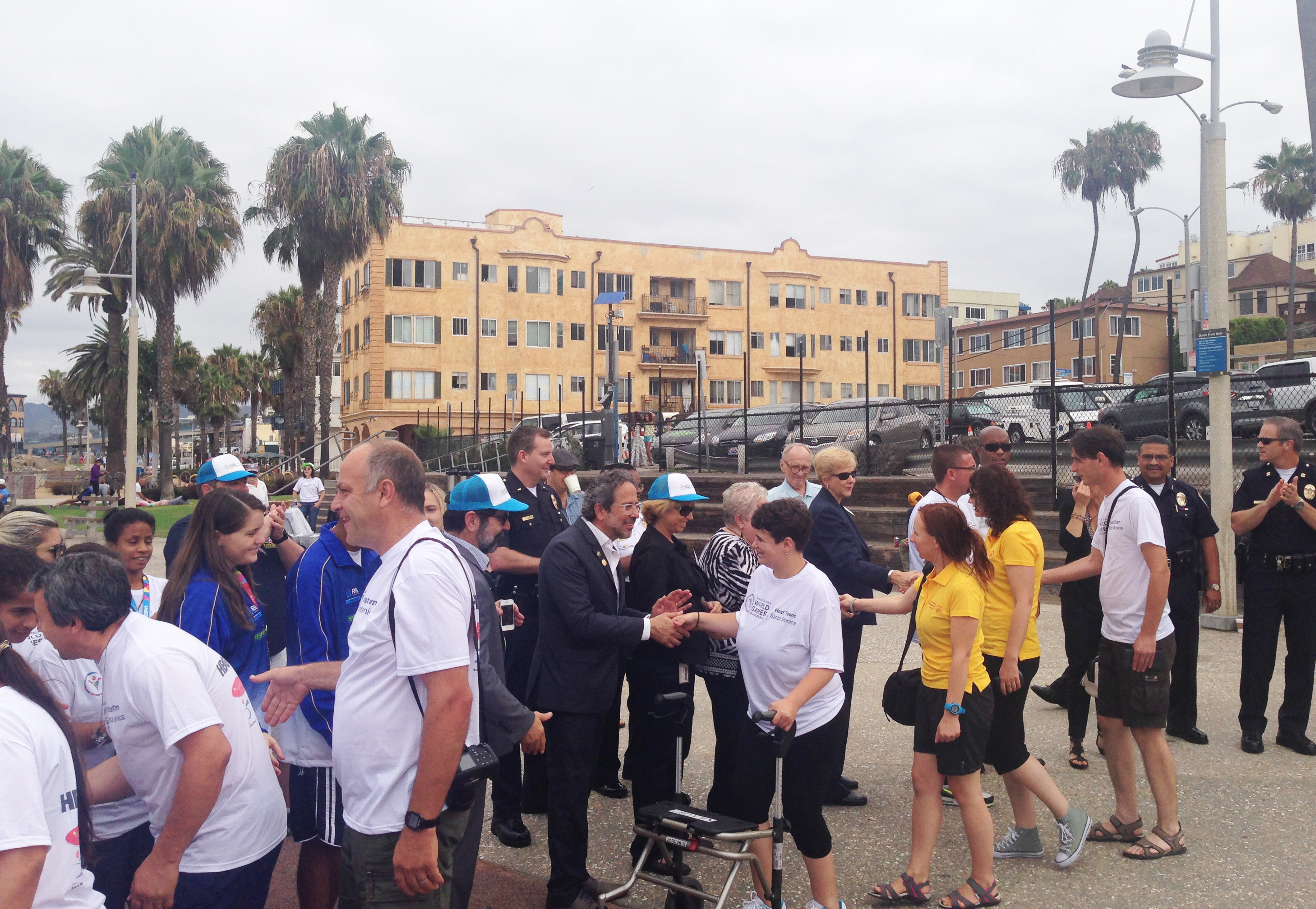 The Santa Monica Police Department was also on hand to welcome the athletes. 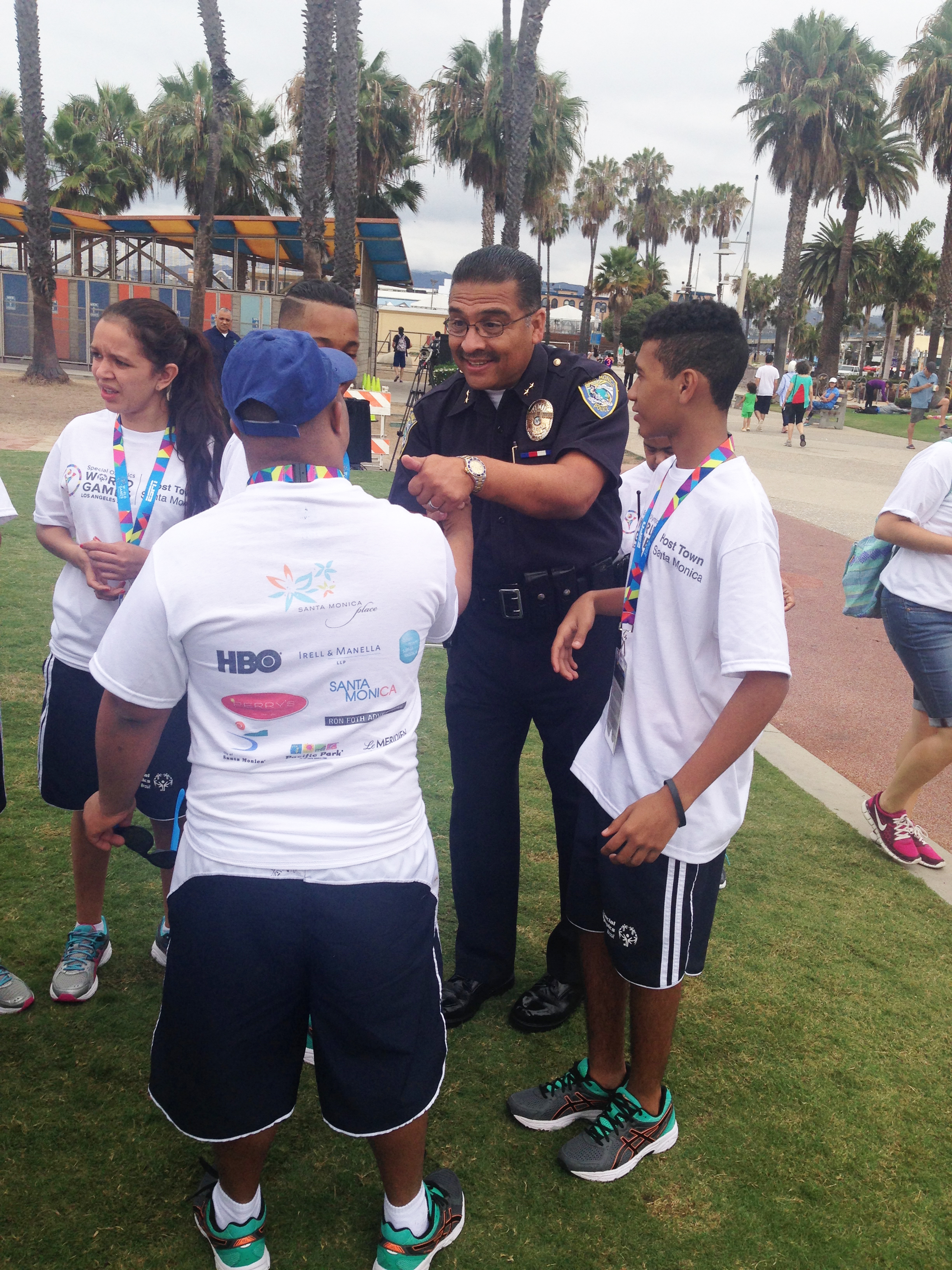 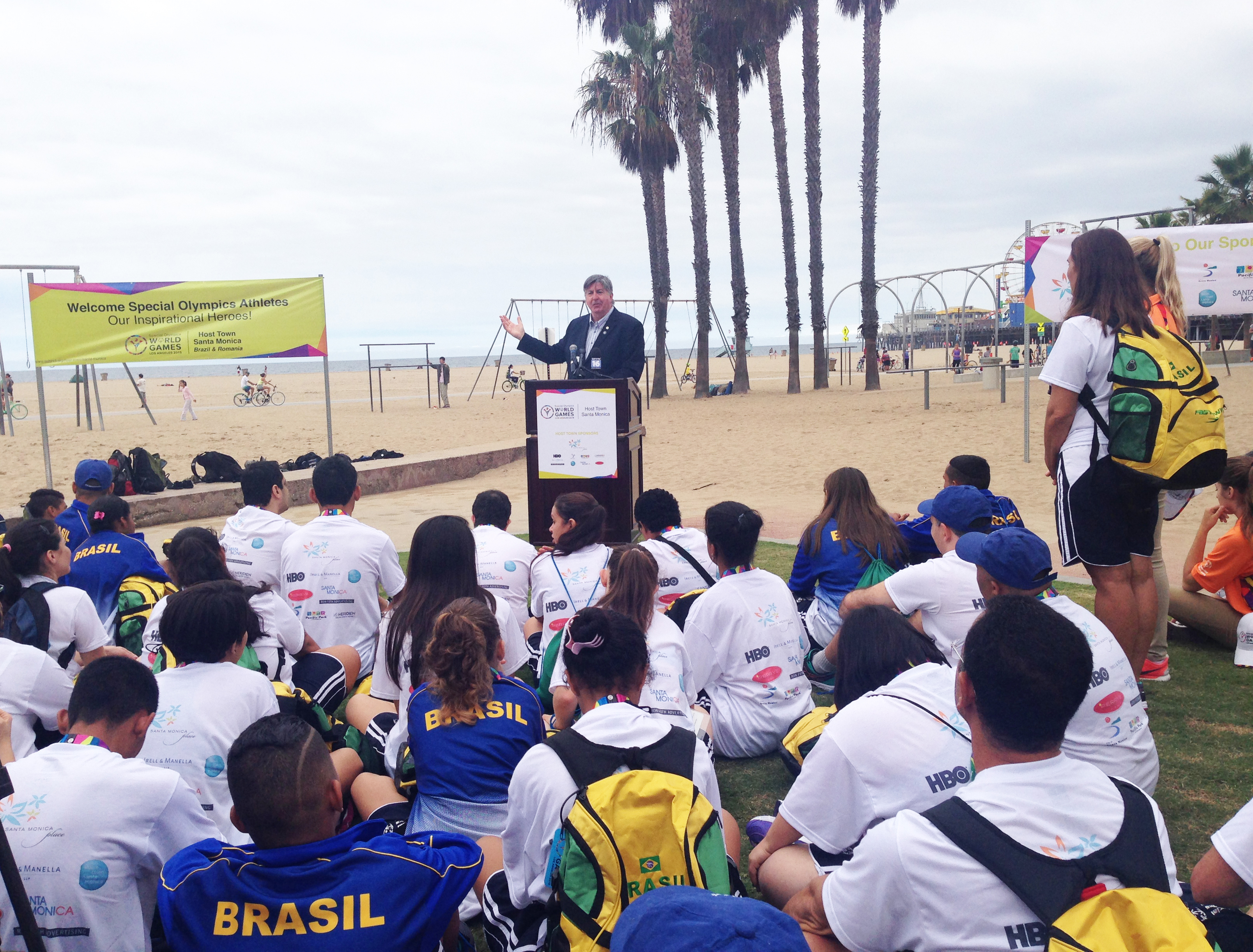 The athletes enjoyed a yoga session on the grass. Other activities on the agenda during their three-day stay in Santa Monica included a cultural exchange at the Annenberg Community Beach House and a barbeque at Perry’s at the Beach cafe. 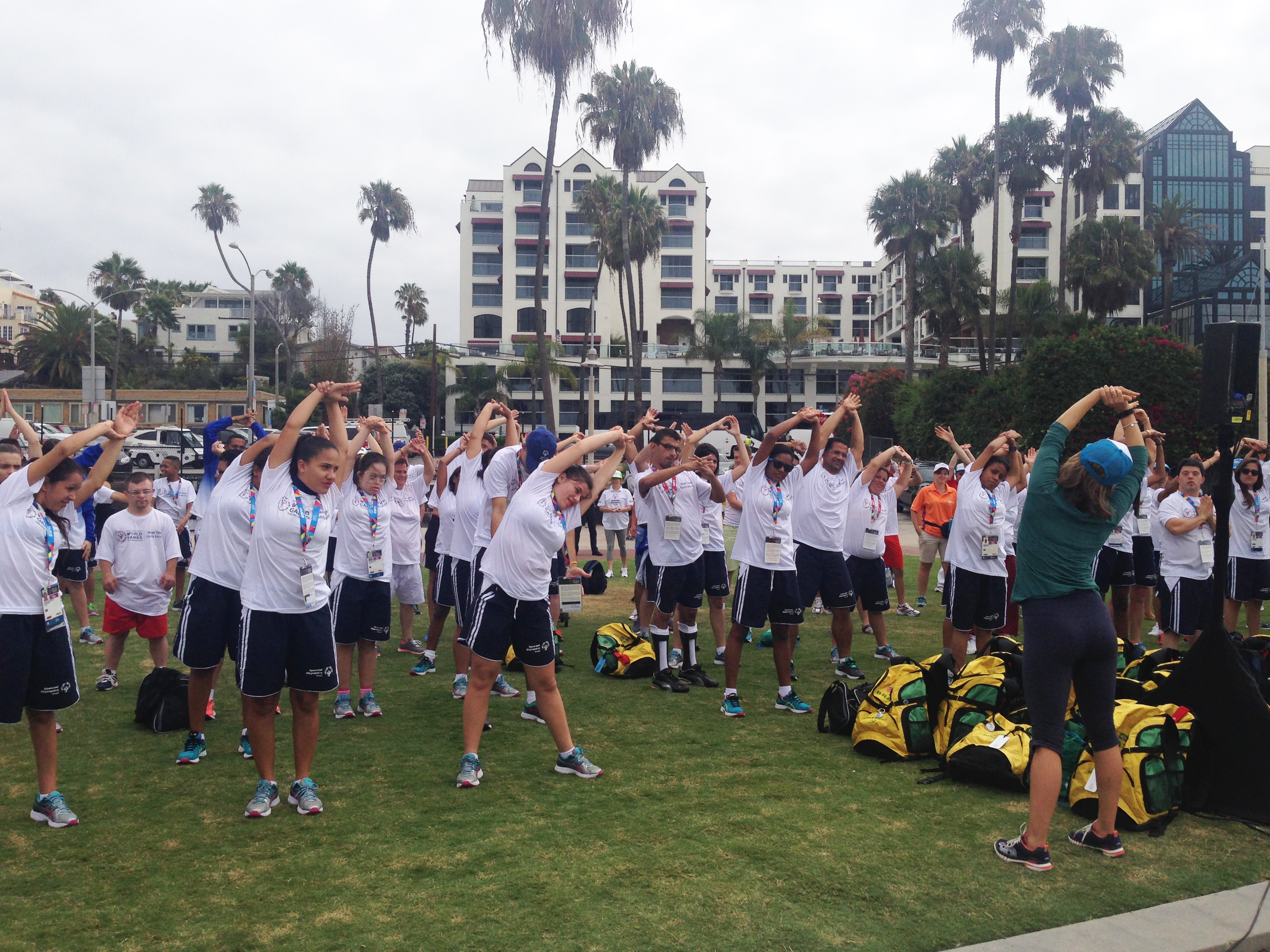 On July 25, Los Memorial Coliseum hosted the opening ceremony of the World Games. The crowed cheered on as the athletes made their way into the Coliseum. Delegations from 165 countries were expected in attendance with more than 9,000 athletes, coaches and officials on the field. 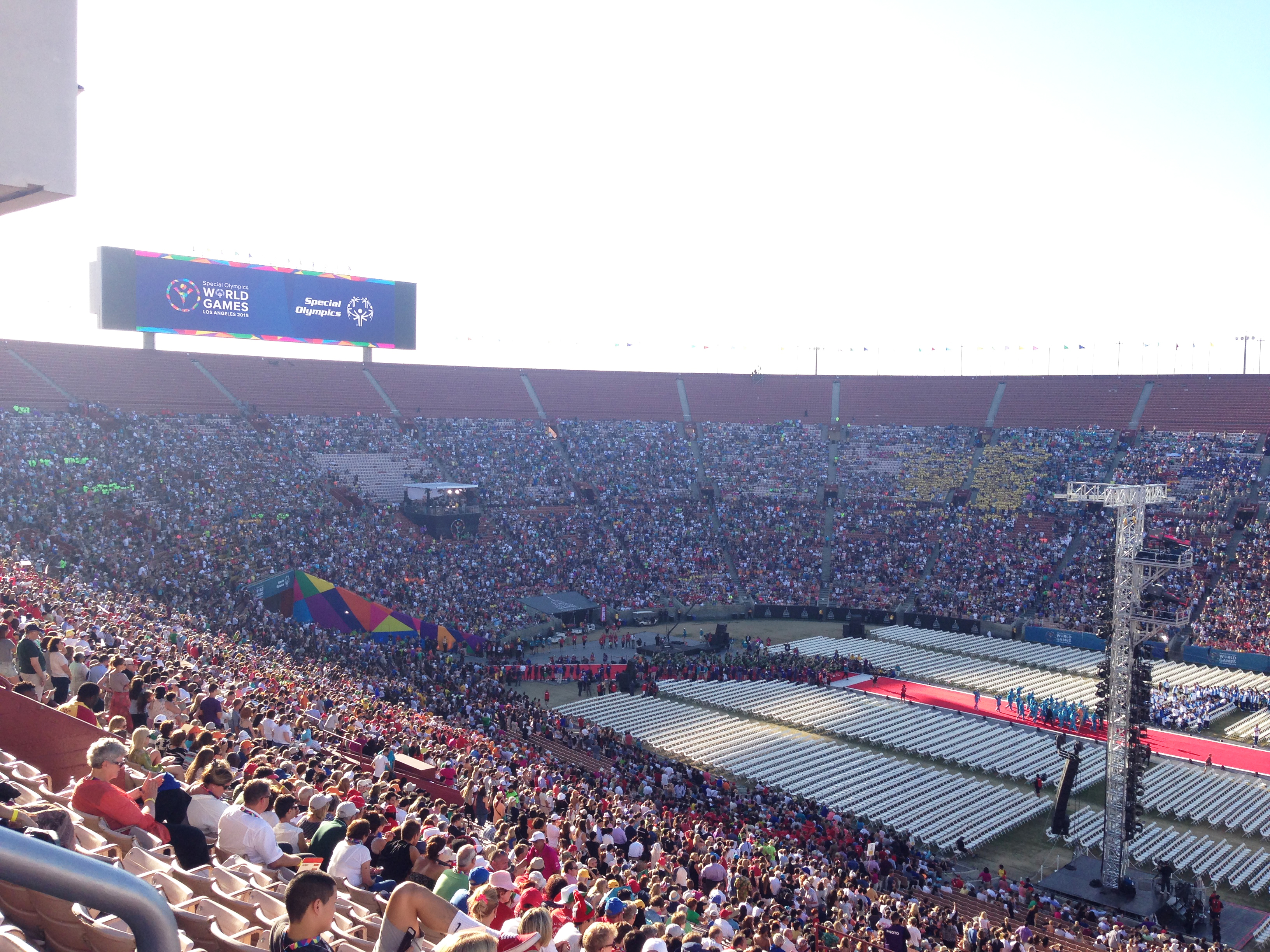 An enthusiastic Team Ireland showed their support from the stands. 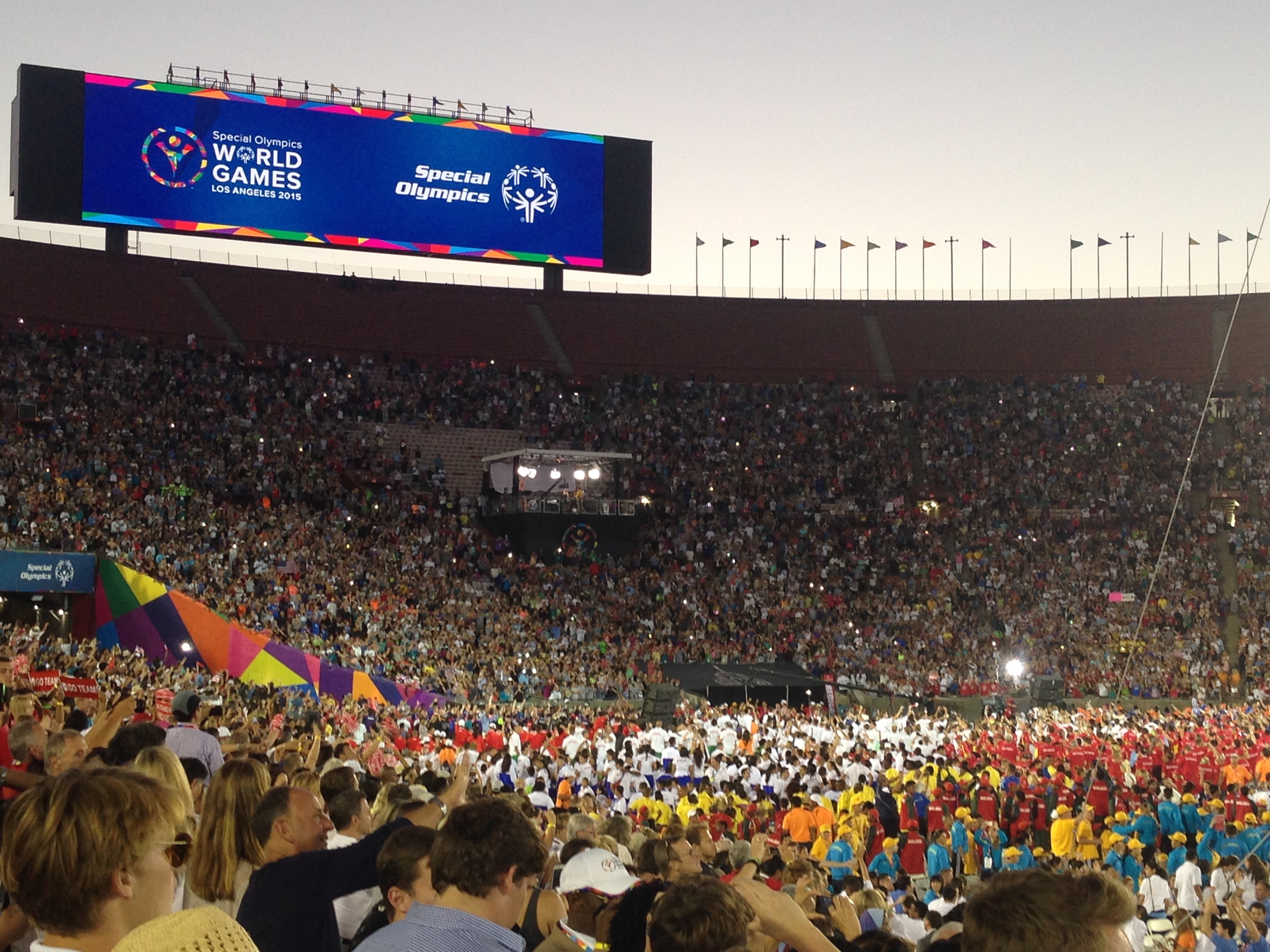 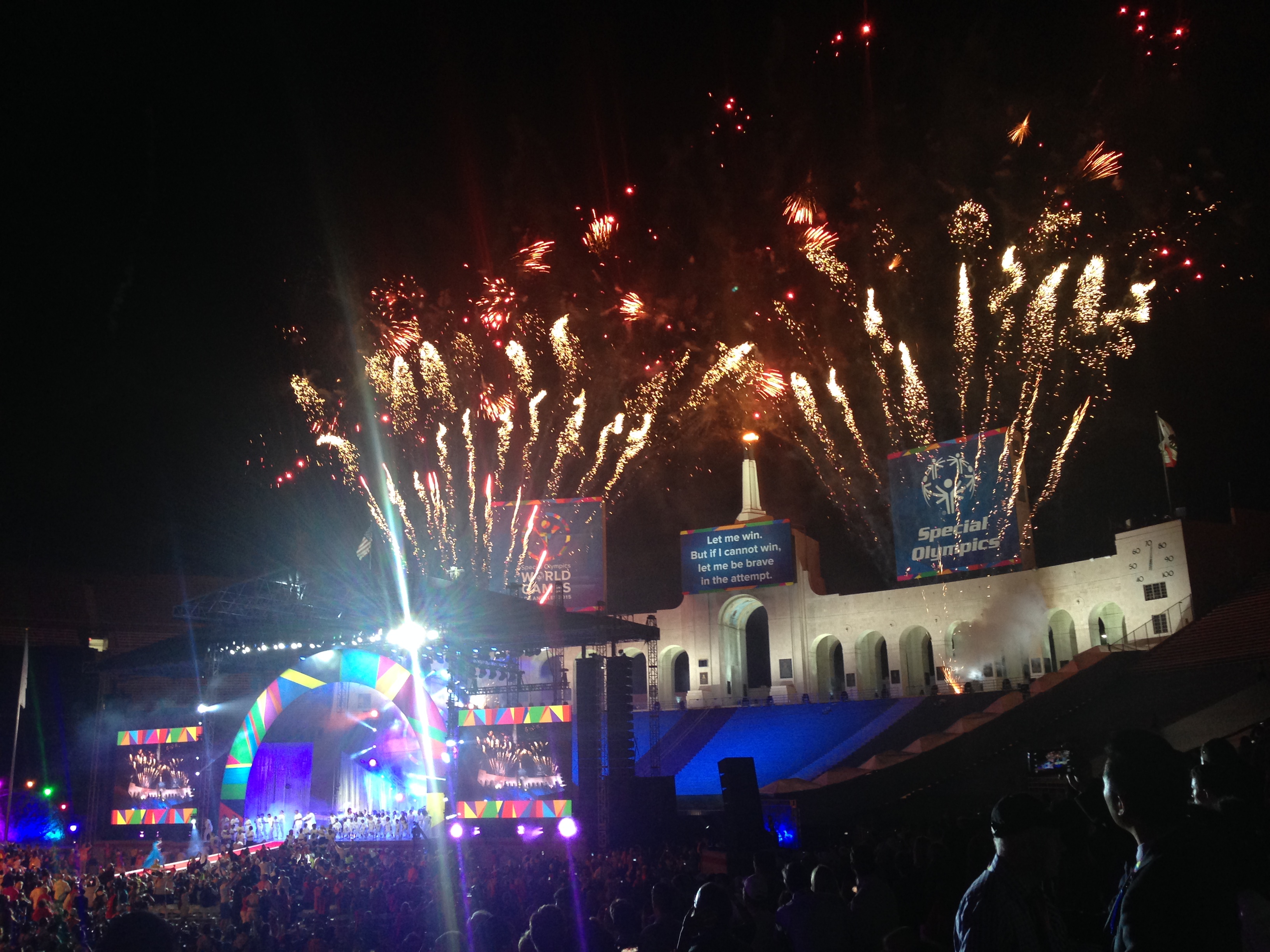 The majority of competitions began the next day following the opening ceremony. Throughout the week, athletes competed at venues all over the Los Angeles area—Encino, Griffith Park, Long Beach, UCLA and downtown at USC and the Los Angeles Convention Center. One of the main hubs was the UCLA campus, which hosted soccer, gymnastics, Judo, softball, tennis and volleyball. 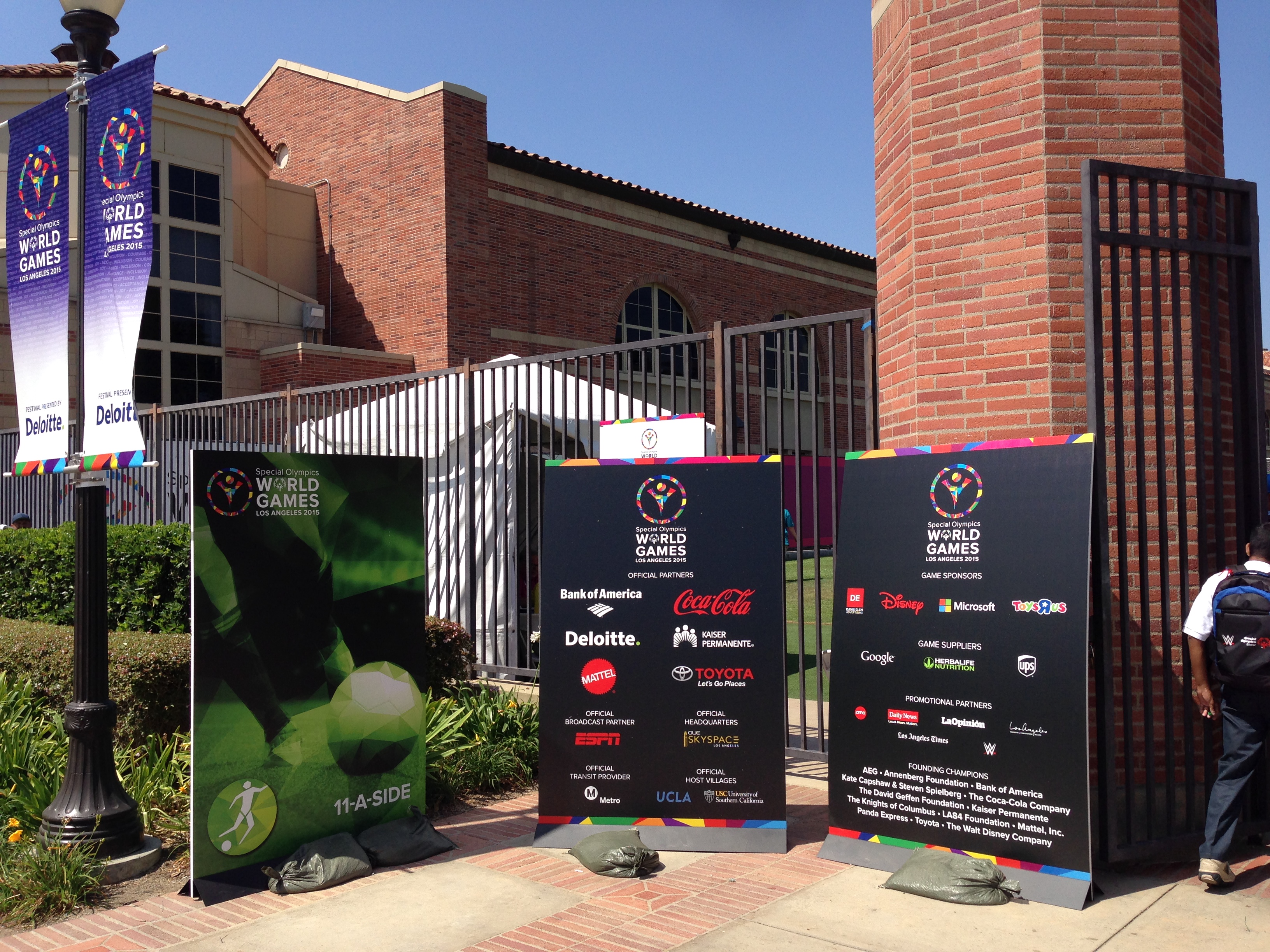 At UCLA’s John Wooden Center, which was home to artistic and rhythmic gymnastics events, the Schneider Publishing team jumped in on the action, cheering on the athletes as “fans in the stands.” 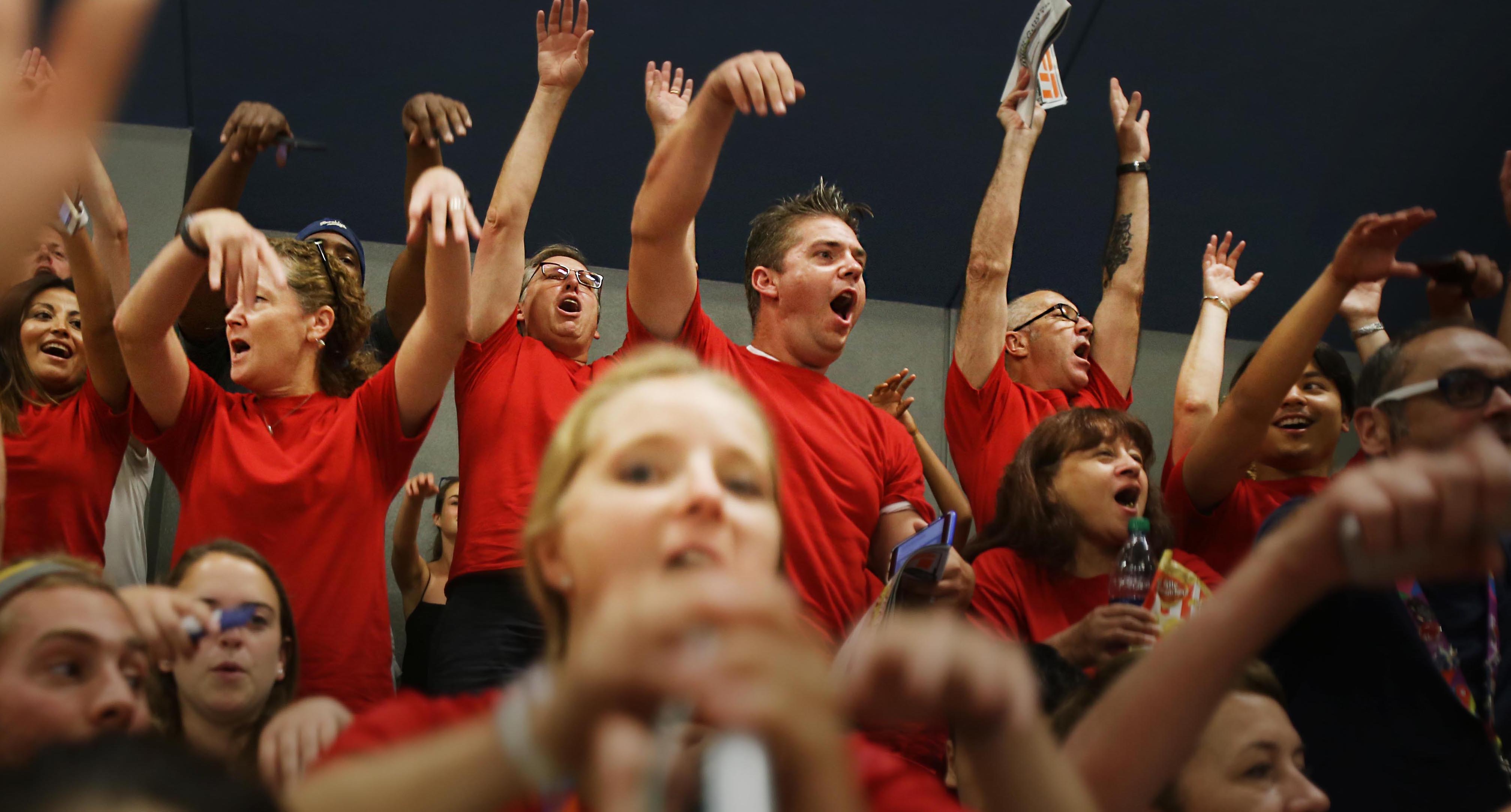 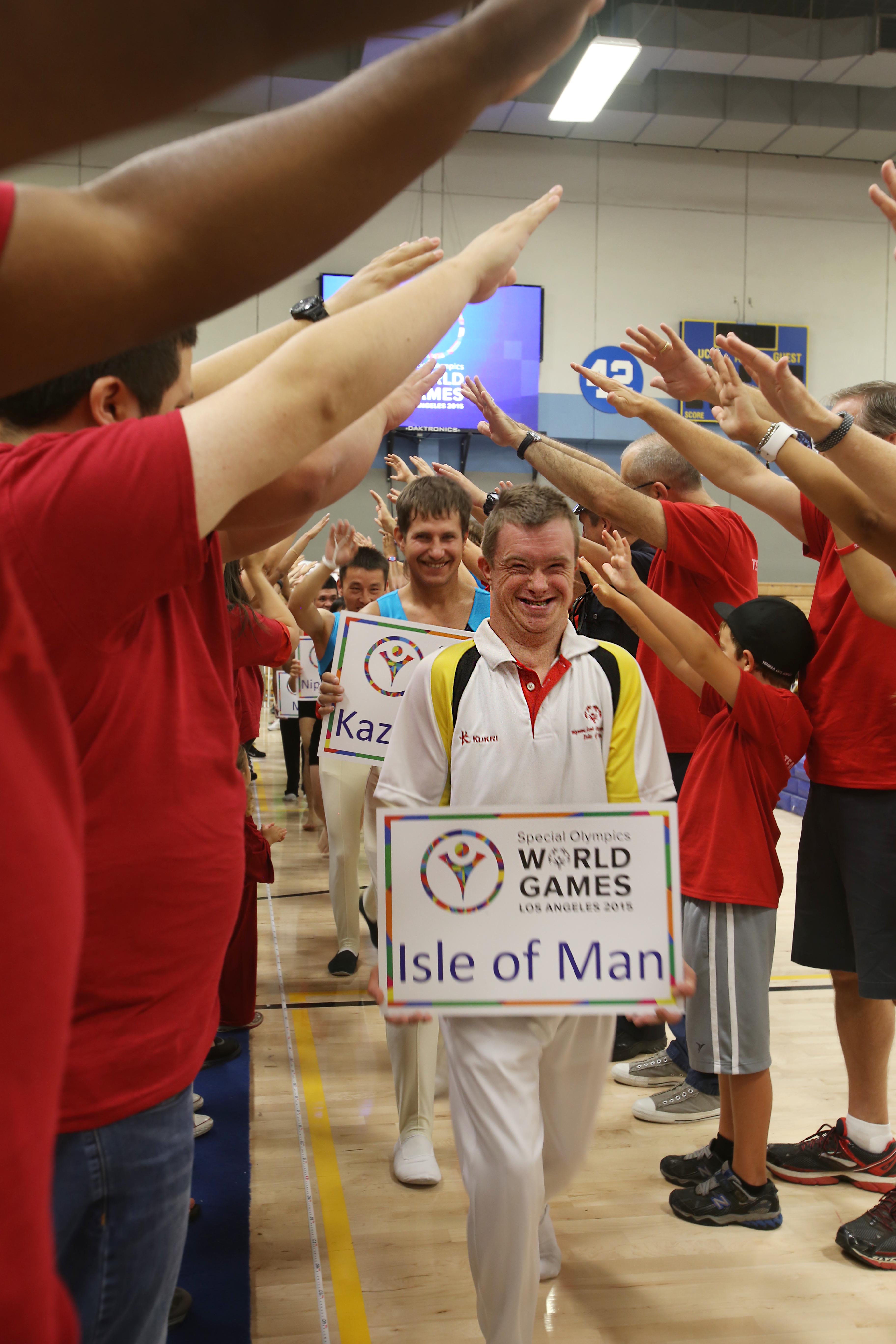 Various booths were set up throughout the campus, providing entertainment for spectators. 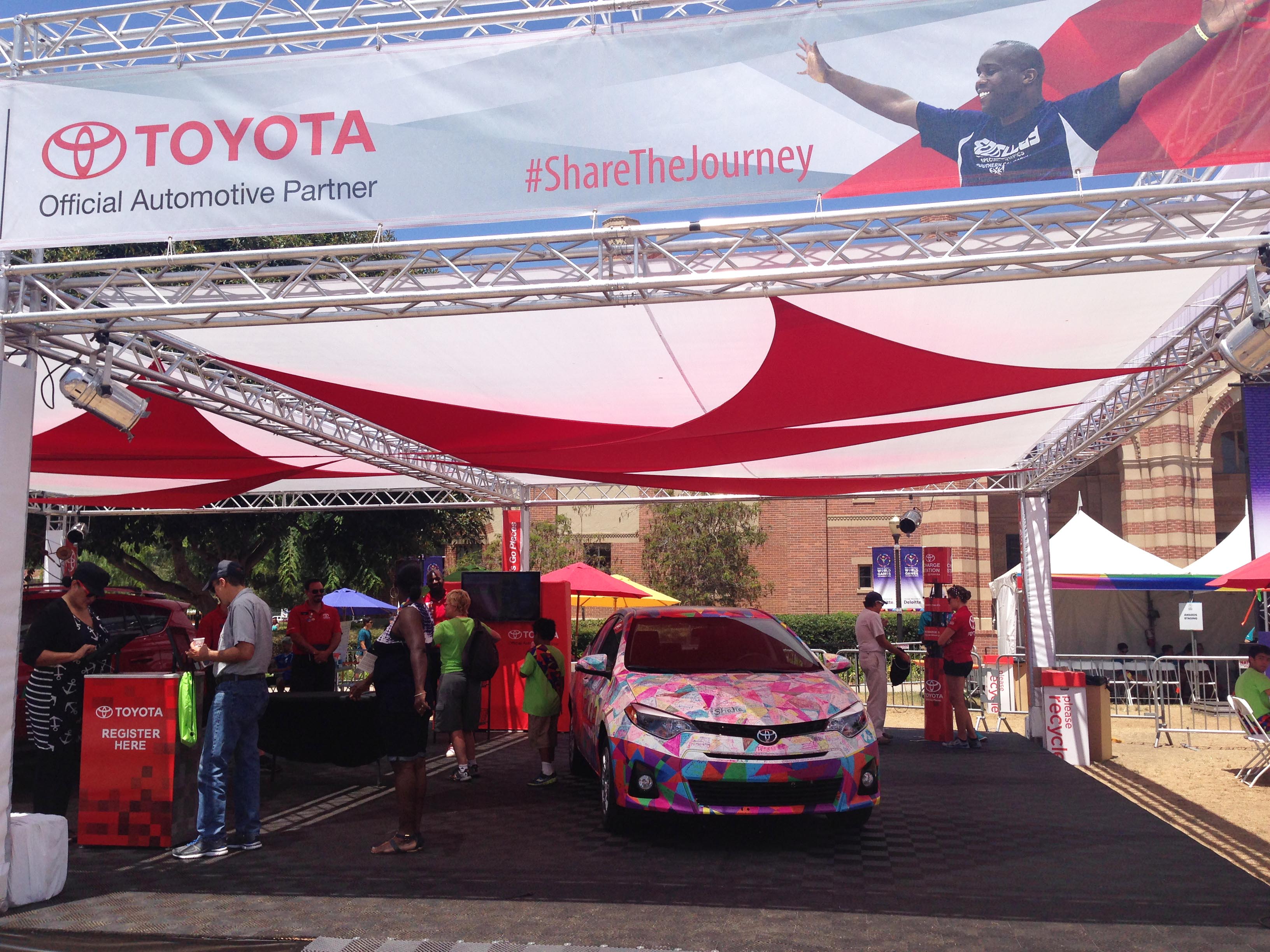 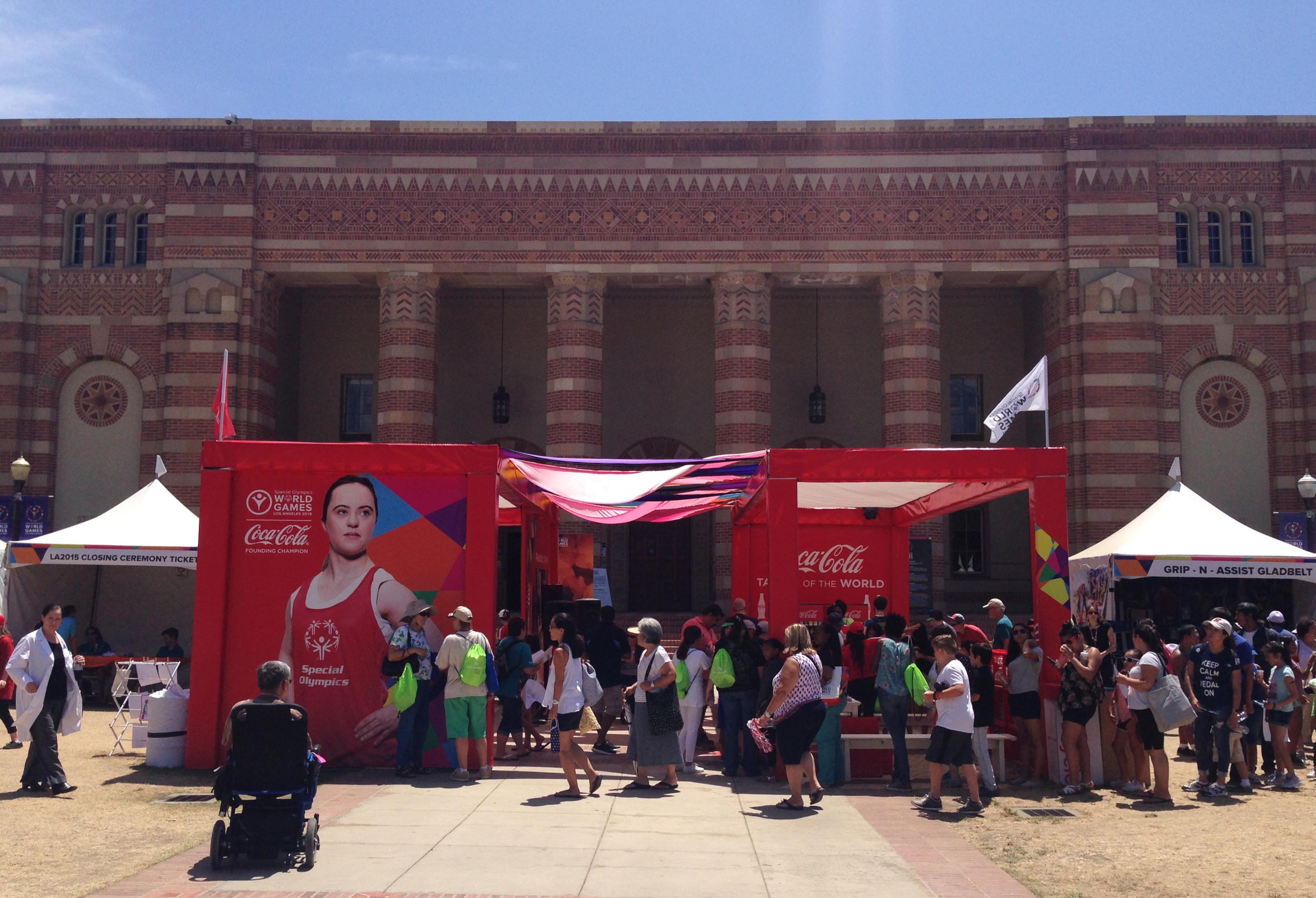 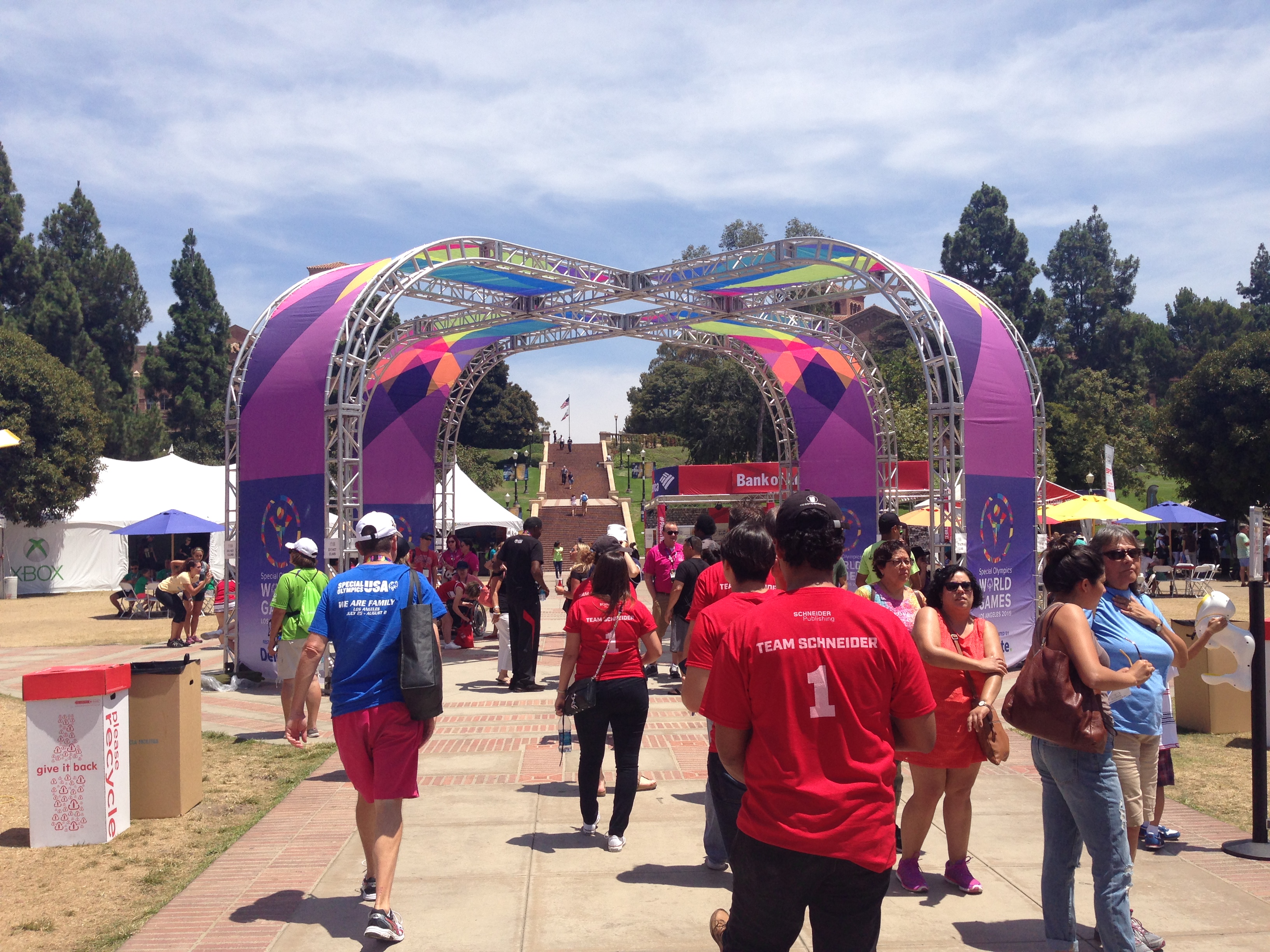 Schneider Publishing caught up with Olympic gold medalist Rafer Johnson, who lit the Olympic flame to begin the 1984 Olympics. Johnson also assisted in the lighting of the torch at the 2015 Special Olympics opening ceremony. 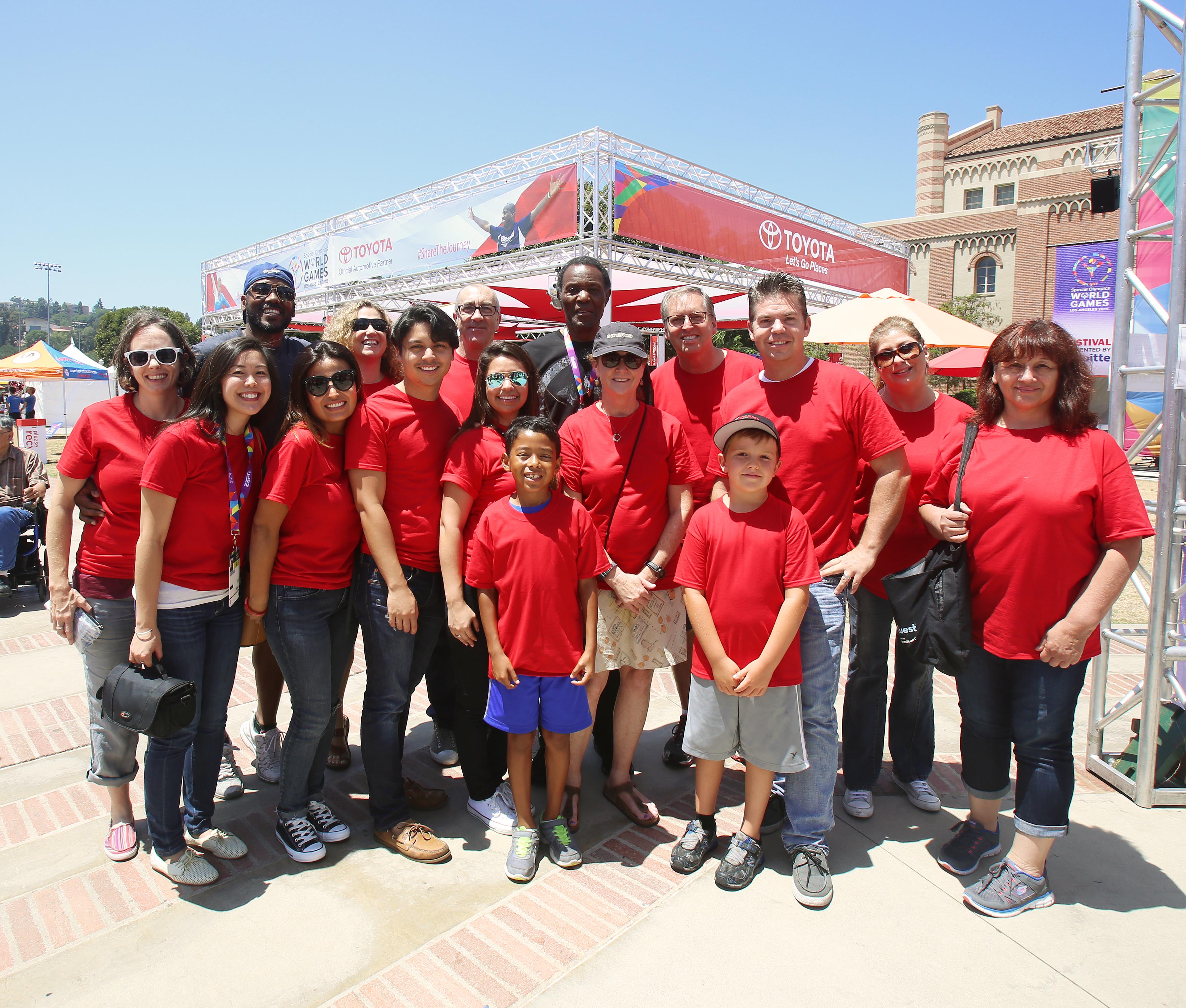 At the gymnastics awards ceremony, the crowd reached up and struck the signature celebratory pose, a universal expression of praise, enthusiasm and celebration. 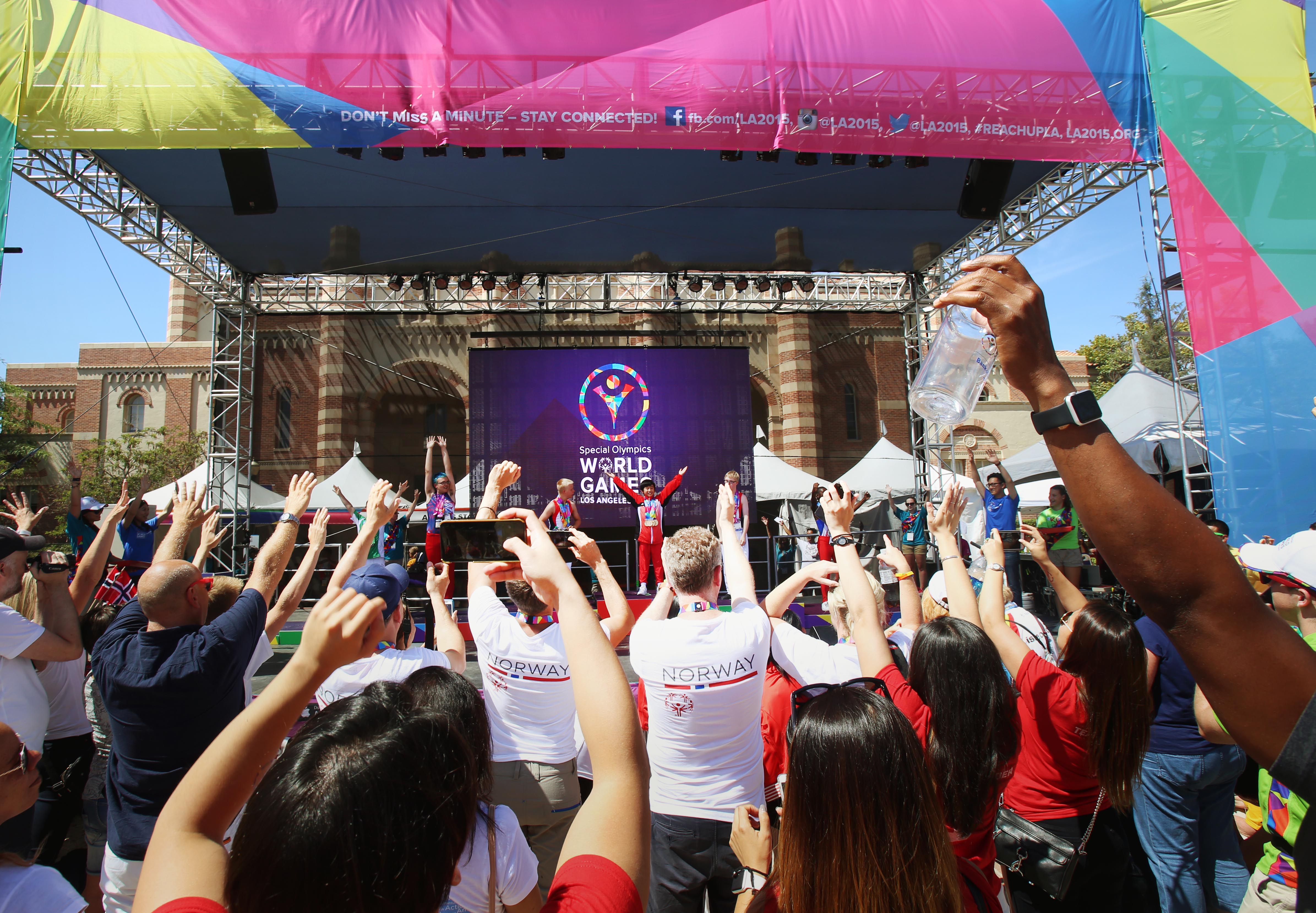