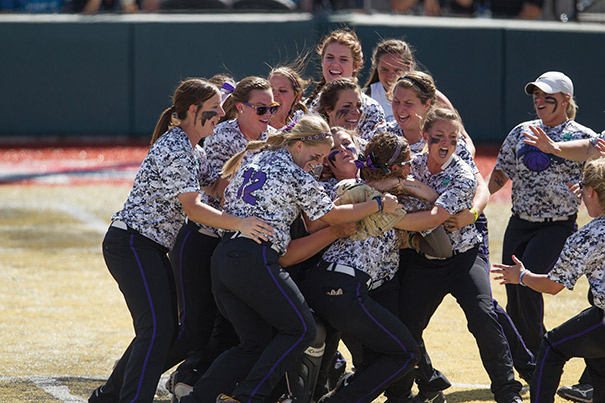 When heavy rains threatened the opening ceremonies of the 2016 NCAA Division II Spring Sports Festival at Denver’s Mile High Stadium, organizers sprang into action, transforming the stadium’s indoor production bay into an event space with projection screens and signage. That quick action saved the Olympic-style introduction for the more than 1,400 athletes, supporters and fans of six collegiate sports—men’s and women’s golf and tennis, women’s lacrosse, and softball—who attended the event.

At the ceremonies, NCAA President Mark Emmert recognized six student-athletes with Elite 90 awards, which are given to those with the highest cumulative grade-point averages participating in each NCAA championship. Metropolitan State University President Stephen Jordan and Denver Mayor Michael Hancock also welcomed the student-athletes and coaches, who were treated to a fireworks display after the rain let up.