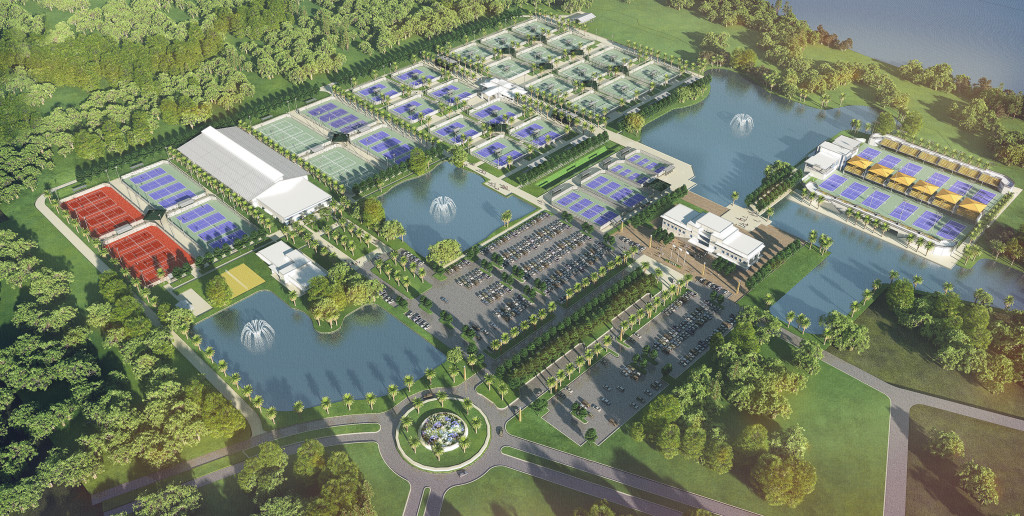 The USTA has announced plans to build a 100-plus court tennis complex in Orlando, Florida, with the goal of enhancing the sport at every level. The venue will feature a mix of hard and clay courts and will house the USTA’s Community Tennis and Player Development divisions. It will be divided into dedicated areas that will focus on all levels of the sport, including youth and recreational competitors of all ages and ability levels, collegians, future pros and professional tour-level players.

The complex has a targeted completion date of late 2016. “This new home for American tennis will truly be a game-changer for our sport,” said Dave Haggerty, USTA chairman, CEO and president. “This world-class facility will be an inclusive gathering place for American tennis and will allow us to impact our sport at every level, from the grass roots to the professional ranks.”

The complex, to be built in the Lake Nona section of Orlando, will be located on 63 acres of land, providing space to host a range of tennis events. The USTA is partnering with Lake Nona Land Company and a consortium of regional and state partners to construct the facility. Once the project is completed, USTA Player Development will move its headquarters from Boca Raton, Florida, to Orlando. The USTA Community Tennis division will also relocate to Orlando from the association’s national headquarters in White Plains, New York.

The facility will include a tournament and league area that will feature 24 clay courts, 16 hard courts and two player pavilions. The area will also feature a tournament administration office that will include trainer rooms, a stringer area, player lounge, public restrooms and a check-in area.

A separate collegiate tennis area will feature 12 hard courts and one future tournament show court, allowing two collegiate matches to be played simultaneously. The courts will be equipped for television and have seating for 1,200 people, and the area will feature a two-story pavilion for concessions, public restrooms, team locker rooms and areas for trainers and officials. The area will also serve as the home of the University of Central Florida men’s and women’s varsity tennis programs.

A Team USA area will include eight hard courts and eight clay courts. The courts will be utilized by the 17 USTA sections, along with coaches and their players throughout the country, to work collaboratively with USTA Player Development.

A high-performance and player development area will include eight hard courts, eight red clay courts and six covered courts for USTA Player Development. The space includes dorms that can house 32 boys and girls as well as a strength and conditioning space, and will be used for Team USA events.

In addition, eight 36-foot and eight 60-foot courts will enable youth and adults to develop their games.