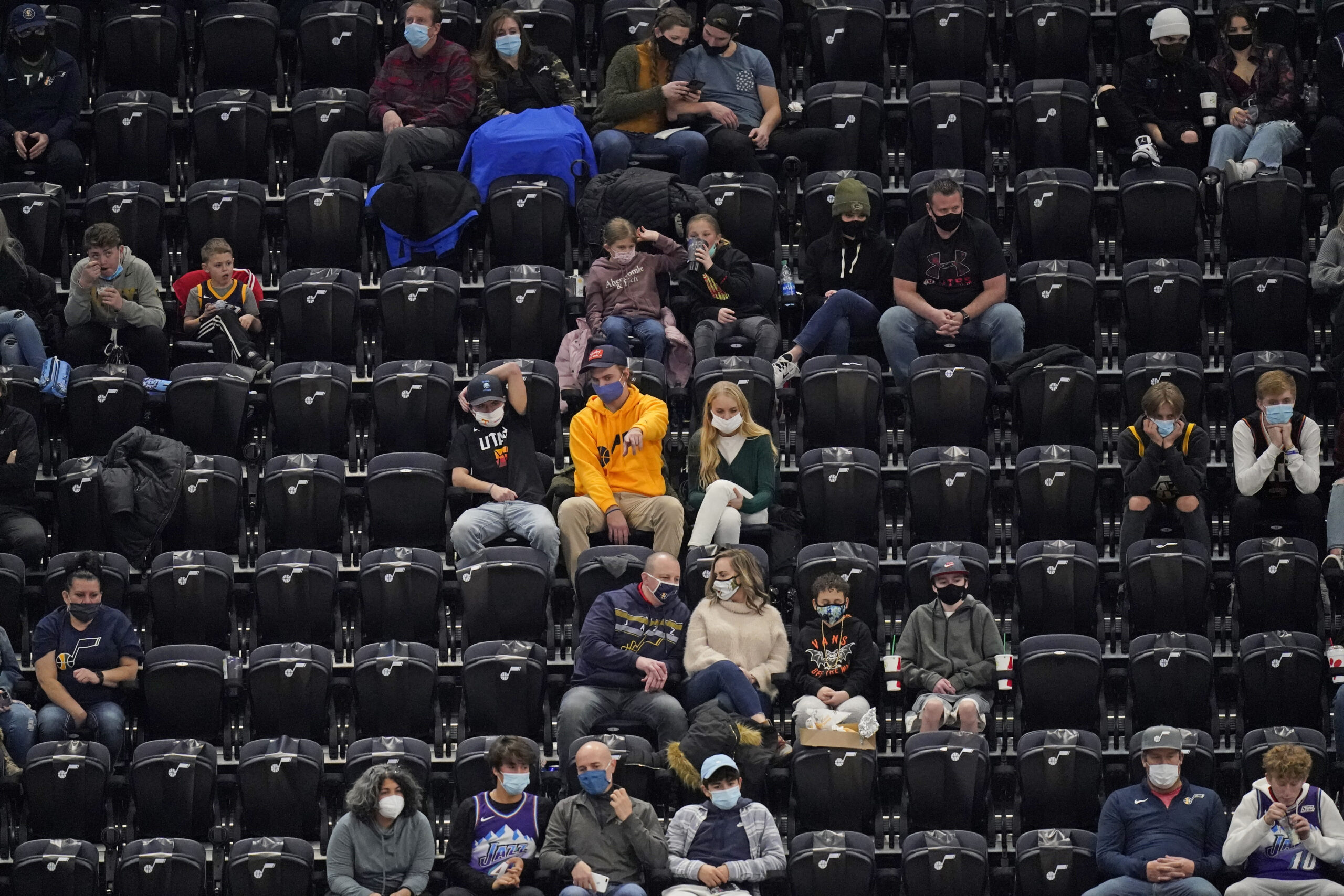 Utah Jazz fans watch during the second half of the team's game against the Phoenix Suns on December 31, 2020, in Salt Lake City. (AP Photo/Rick Bowmer)

Only three teams in the NBA will not have fans at home games by the end of April, with the Chicago Bulls allowing fans for the final few games of the regular season in May. Many teams are projected by the end of April to have at least 3,000 fans or more at games with many teams having 4,000 or more. Here is the current status of every NBA team’s plans for attendance. We will update this file throughout the season as they are announced.

[What MLB Teams Will Allow Fans This Season?]

Atlanta Hawks (State Farm Arena, capacity 18,118): The Hawks have 10% capacity at home games and will increase attendance in the playoffs to 7,625 fans, approximately 45% of capacity, with a 500-person vaccinated fan section.

Miami Heat (AmericanAirlines Arena, 19,600): The Heat have 15% capacity at home games including two sections in the lower bowl reserved for fully vaccinated fans.

Toronto Raptors (Scotiabank Arena, 19,800): The Raptors have 17% capacity at Amalie Arena in Tampa, Florida, where the team is playing this season because of cross-border travel restrictions.

Utah Jazz (Vivint Smart Home Arena, 18,306): The Jazz will have 37% capacity at home games as of May 1 with limited courtside seating for those who are fully vaccinated and test negative on a rapid-result test.

Washington Wizards (Capital One Arena, 20,362): The Wizards have 10% capacity at home games.