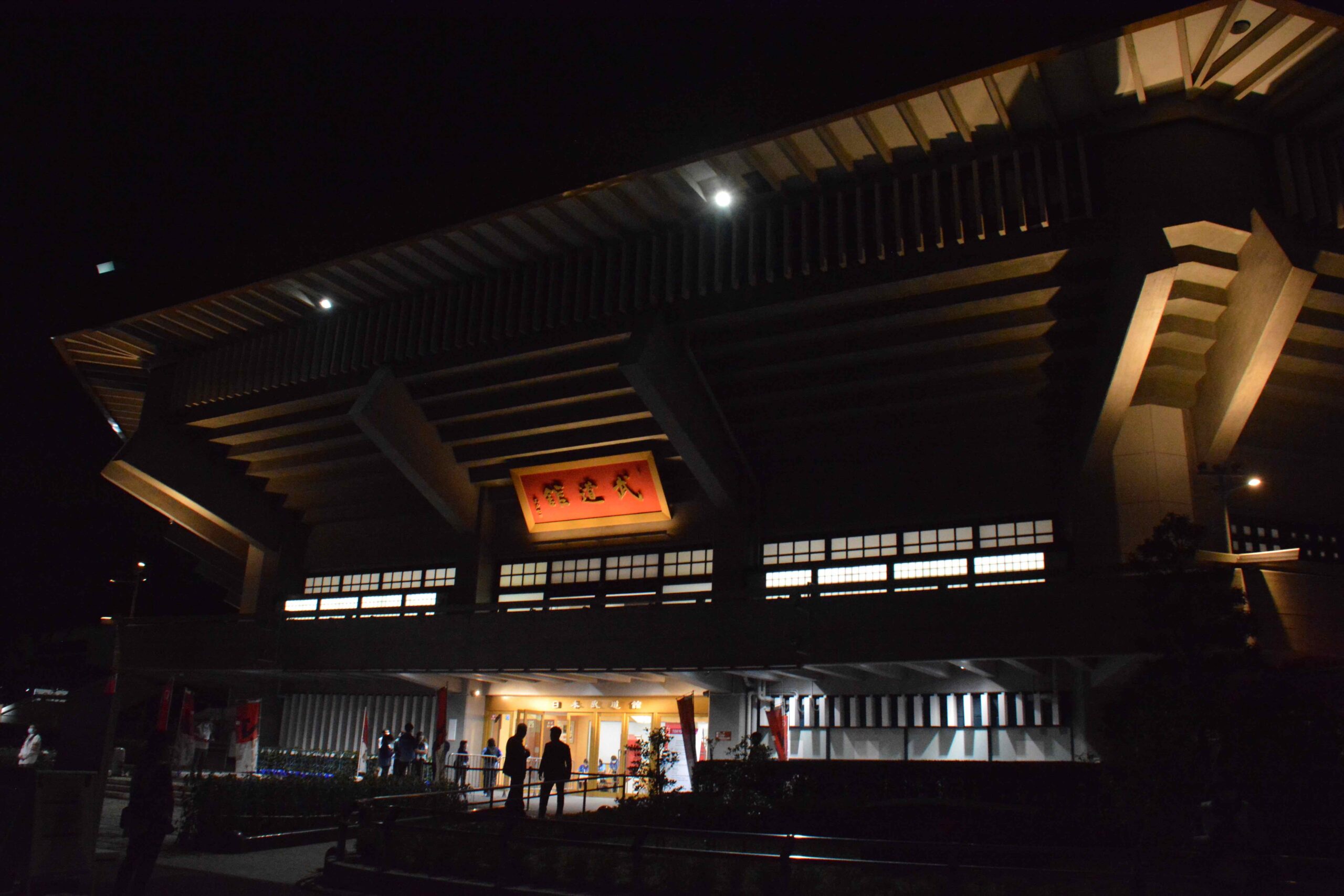 In the annals of modern-day Olympic sports venues, there are countless examples of venues that for any number of reasons couldn’t maintain their usefulness after the flame was extinguished. It’s one reason that, in recent years, there has been an increased push for host cities to create temporary venues when permanent ones don’t already exist. Sports like beach volleyball are staged that way as arenas of scaffolding rise for the Games only to be torn down soon after.

Venues for some sports lend themselves to being stuck solely for their intended use. Velodromes for the Summer Games and bobsled tracks for the Winter Games, for example, can only host so many other sports when the Games conclude.

And yet, some permanent Olympic venues have withstood the test of time. A shining example is the Nippon Budokan, which opened for the 1964 Olympic Games in Tokyo as the home of judo and a venue that has turned into something of a legend.

In 2021, judo was again staged at the Budokan. And karate, which is making its Olympics debut, will be staged there later this week. What makes the Budokan work where so many other Olympic venues have failed? Here’s a short take on the success, with some lessons for host cities to come.

The 40 venues being used in Tokyo range from historic to new. The newer venues are what you would expect them to be: clean and modern with insides indistinguishable from any other venue around the world. When you are in the Tokyo Aquatics Center for swimming or diving, for example, you could be in Los Angeles or Cincinnati or Washington, D.C., and you would never know the difference. The outside of the venue also doesn’t scream anything original either.

When you approach and walk into the Budokan, there can be no doubt that you are in Japan. The arena itself borrows from all the best of Japanese architecture and tradition. From the details on the staircases to the angles of the overhead lighting, everything in the venue screams character. More cities would do well to borrow whatever they can from their region’s or nation’s culture to create a space where people will know exactly where they are.

The Bodokan opened for the Olympics with sprots in mind, serving as the host for judo when it began in 1964. Although the venue’s name translates to “martial arts hall,” it had grander plans from the beginning. In 1967, it hosted the Volleyball World Championships, setting an immediate standard in the types of sports events that a martial arts hall might host.

The first rock act to play the venue? That would be The Beatles. Over the years, it became a rite of passage for musicians to perform there. Every generation has seen its favorite artists perform at the Budokan. ABBA finished their final tour there in 1980, the last live concert the band performed together.

The Japanese people embraced the venue from the start and building managers knew from the beginning it would play a larger role in events.

Lean in to History, Embrace the Future

The Budokan feels like it knows its place in history. It is set in a park and the path to get there underneath a canopy of trees feels like a journey with a destination. There is no massive parking lot surround the venue. It feels special and it feels historic.

Yet with all its history, the venue is writing a new chapter at the Olympic Games, where the broadcast and scoring technology employed within are keeping up with modern times. This is a venue that has maintained its upkeep through the years. Nothing appears to have been neglected.