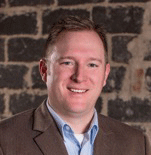 The Cedar Rapids Area (Iowa) Convention & Visitors Bureau has appointed Aaron McCreight as its new CEO, effective May 11. McCreight currently serves as the CEO of the Casper Area (Wyoming) Convention & Visitors Bureau and Casper Area Sports Alliance, a position he’s held since 2008. He is also the owner and general manager of the Casper Cutthroats, a Mountain Collegiate Baseball League team.

In Cedar Rapids, McCreight succeeds Marilee Fowler, who is retiring at the end of the month.