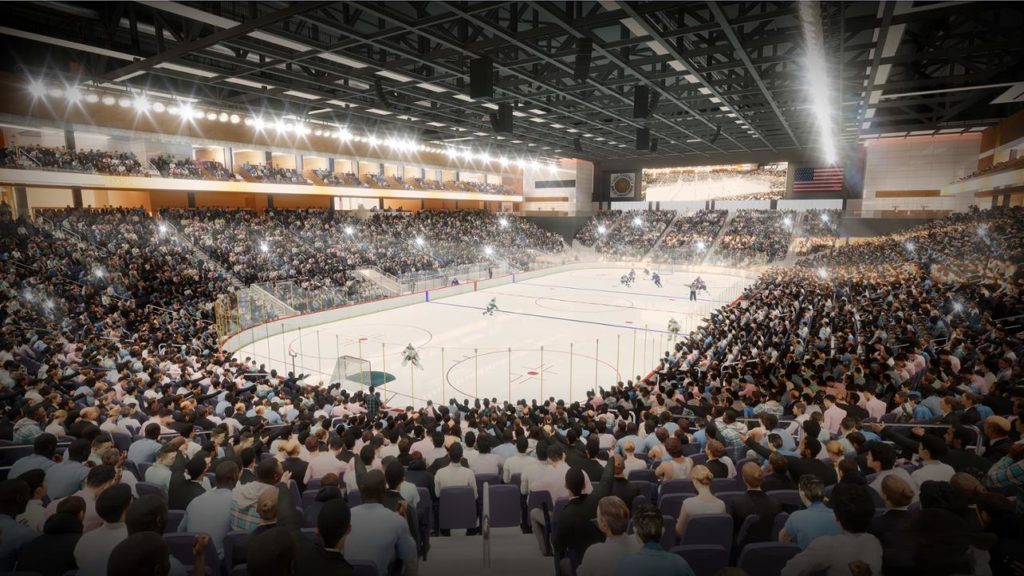 The AHL’s 32nd team will be the primary development affiliate of NHL Seattle and will play at a new arena on the Agua Caliente Indian Reservation.

“On behalf of the AHL’s Board of Governors, I am thrilled to welcome the NHL Seattle and OVG ownership teams and the city of Palm Springs as the league’s 32nd franchise,” said David Andrews, AHL president and chief executive officer. “Palm Springs has all the makings of an outstanding hockey market and will further strengthen the growing base of our sport in California.”

“The New Arena at Agua Caliente in Palm Springs is the first of its kind in downtown Palm Springs and will be an unmatched venue in the Coachella Valley for both music and sport,” said Tim Leiweke, chief executive officer of Oak View Group. “We look forward to partnering with the Agua Caliente Band of Cahuilla Indians and NHL Seattle on this project.”

The New Arena located at Agua Caliente in downtown Palm Springs is a $250 million project that will break ground in early 2020 and will open in the fall of 2021.

“We are so excited to bring the first professional sports team to the Coachella Valley,” said Tod Leiweke, chief executive officer of NHL Seattle. “This is an exciting time for the Agua Caliente Band of Cahuilla Indians and the greater Palm Springs area, as well as the hockey community and NHL Seattle.”

NHL Seattle and its AHL franchise will start play in October 2021.