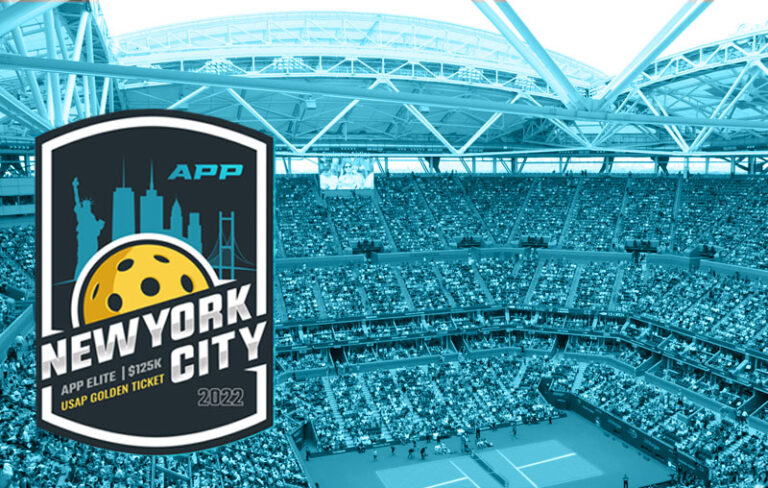 The Association of Pickleball Professionals Tour has announced a three-year agreement to stage the APP New York City Open on the grounds of the USTA Billie Jean King National Tennis Center in Flushing Meadows, New York, home of the U.S. Open.

This year’s event will take place May 25–29 and include a prize purse of $125,000, the largest of any pickleball tournament this year and largest in APP Tour history.

“The opportunity to bring the APP Tour to a venue with such rich history and tradition is the culmination of a dream that I had for our tour and players when we launched the APP in 2019,” said Ken Herrmann, founder of the APP Tour. “For us to be able to stage an event like this in the mecca of American tennis means so much as we continue to grow our sport here in the United States.”

The New York City Open is the third of six National Championship Series events on the APP Tour calendar. These events allow players to compete for an automatic berth to the USA Pickleball Nationals at Indian Wells, California, from November 5–13.
“The USTA National Tennis Center is pleased to partner with the APP, the first sanctioned pickleball tour for amateurs and professionals in the United States,” said National Tennis Center Chief Operating Officer Daniel Zausner. “The allure of the USTA Billie Jean King National Tennis Center and the rich history and tradition of our sport sets an example that others aspire to emulate.”