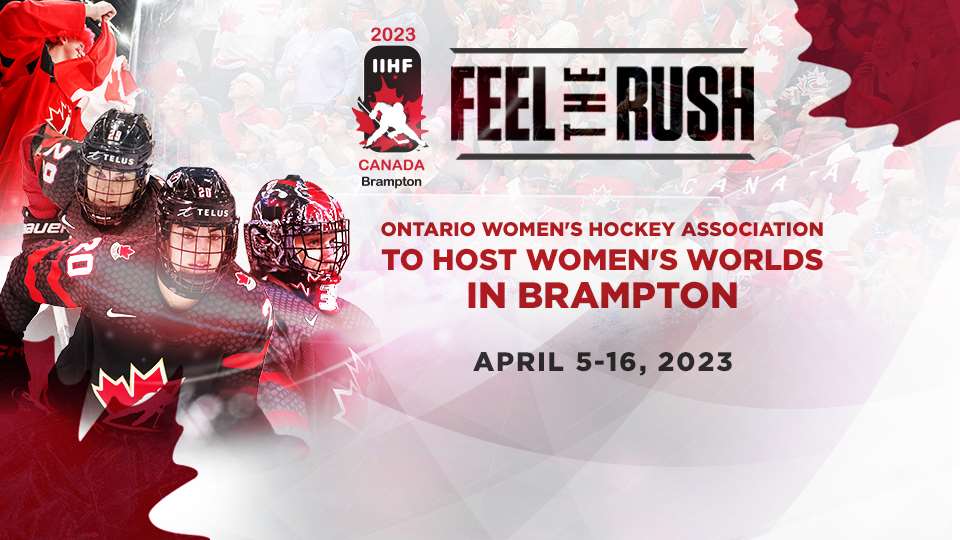 Hockey Canada and the Ontario Women’s Hockey Association have announced that Brampton, Ontario, will host the 2023 IIHF Women’s World Championship from April 5–16, bringing the international competition to the greater Toronto Area for the first time since 2000.

“Hockey Canada is proud to host the 2023 IIHF Women’s World Championship with the Ontario Women’s Hockey Association and we look forward to welcoming fans of all ages to Brampton in April as we celebrate the best women’s hockey players in the world,” said Marin Hickox, director of women and girls hockey for Hockey Canada. “The legacy of this tournament will go beyond the results on the ice and we hope that it will inspire the next generation of girls to follow their hockey dreams and show them that they too can wear the Maple Leaf one day.”

The 2023 IIHF Women’s World Championship is the 22nd edition of the tournament. Canada has won a record 12 gold medals, ahead of the United States’ nine. Canada has won gold in six of eight women’s worlds played on home ice, including the 2021 edition played without fans in Calgary due to the COVID-19 pandemic.

“We are thrilled to bring this championship, which is one of the world’s top sporting events, back to Ontario, the hub of female hockey in the world,” said Fran Rider, president and chief executive officer of the Ontario Women’s Hockey Association. “These events inspire people of all ages and cultures to have the confidence to believe in themselves and to follow their dreams in sport and in life. Women’s hockey continues to unite the world in a positive way and also develops strong female leaders in many countries.”

The most recent women’s worlds hosted in Ontario brought in nearly $15 million of estimated economic impact to Ottawa and surrounding communities in 2013.