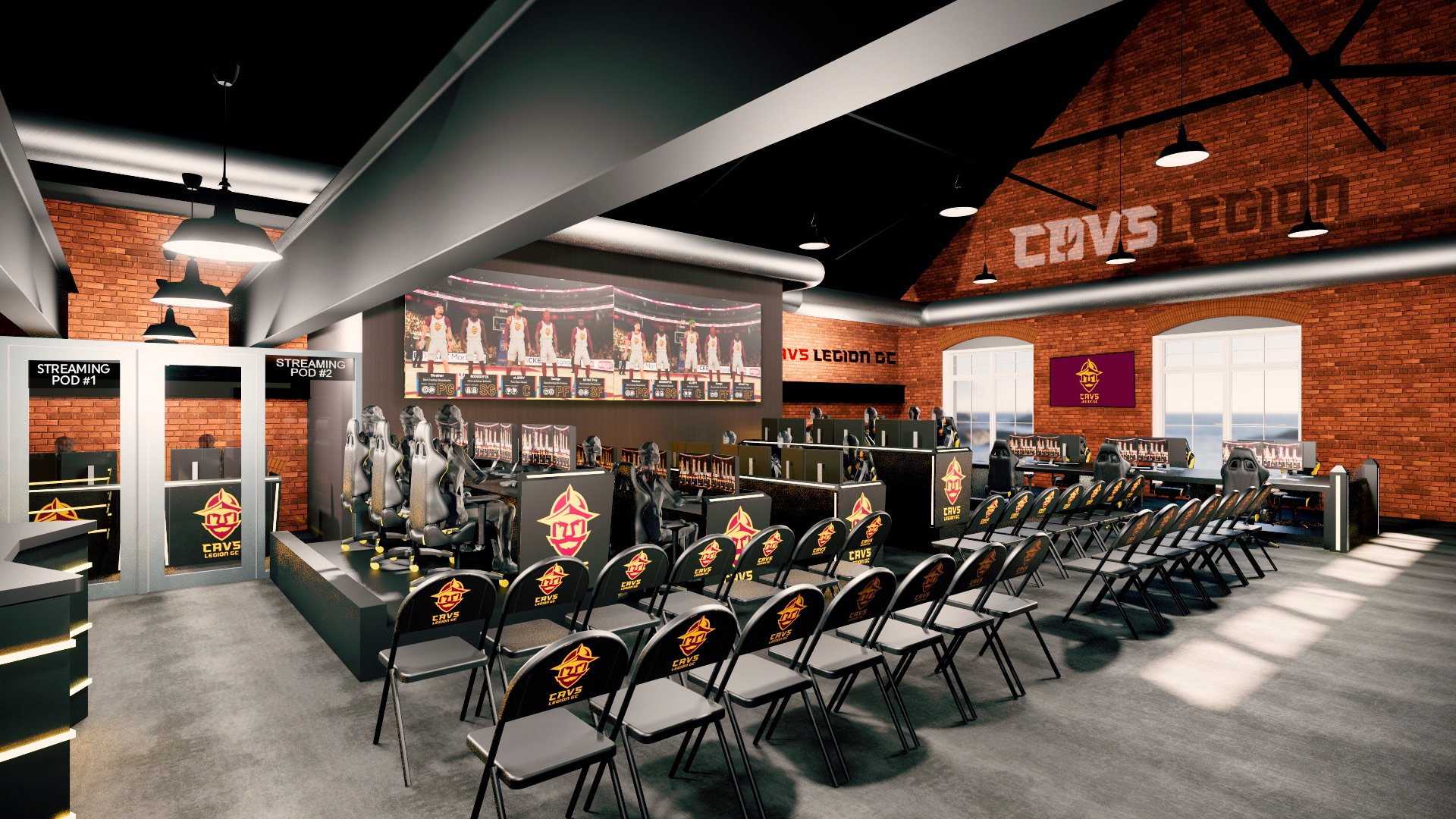 Cavs Legion Gaming Club, the NBA 2K League affiliate of the NBA’s Cleveland Cavaliers, has announced that the team will play its games in a new esports center to be built in Cleveland’s Battery Park neighborhood. The venue is scheduled to open in fall 2019 and will serve as not only as a home venue for Cavs Legion GC but also for esports competitions, tournament and events.

The center will be 2,700 square feet with views to Edgewater Beach and will include broadcast capabilities to produce livestreams and content.

“We’re thrilled to introduce this state-of-the-art facility designed to provide esports enthusiasts from Cleveland, Northeast Ohio and beyond a place to come together to compete, create and celebrate the world of competitive gaming,” said Nic Barlage, Cavaliers president of business operations. “Not only will this training center give our Cavs Legion team a first-class venue to practice and sharpen their skills for the NBA 2K League, but it will also provide our region’s next generation of star gamers best-in-class tools to fuel their passion for esports.”

Other features of the property will include: