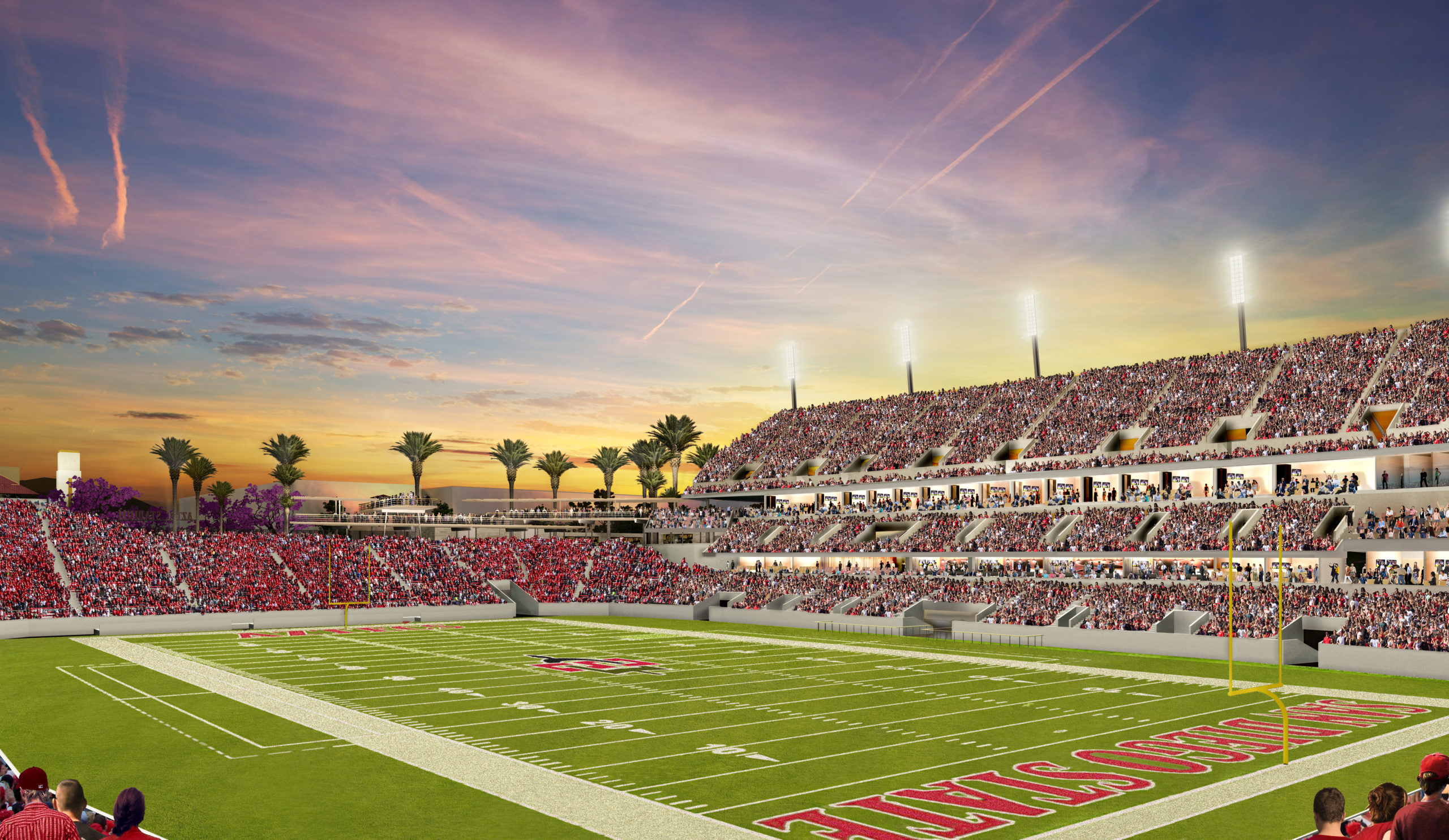 The San Diego City Council has approved the sale of land to San Diego State University that will pave the way for a new 35,000-seat football stadium on the site of SDCCU Stadium, the former home of the San Diego Chargers. In addition to the football stadium, the $3.5 billion project on the 135-acre site in the city’s Mission Valley will include 1.6 million square feet of office and research space, a 400-room hotel, housing and campus-related retail.

The new Aztec Stadium, estimated to cost $310 million, will be funded through gifts as well as system-wide revenue bonds that will be paid back with revenue generated by the facility including ticket revenue, naming rights and concessions. A voter referendum in 2018 allowed San Diego State to negotiate with the city over the land and an agreement in principle between the school and San Diego City Council was reached in November for a price of $87.7 million.

The multiuse stadium will be located in the northwest corner of the Mission Valley site, which allows the school to continue to use the existing SDCCU Stadium while construction of the new stadium is completed. The new stadium is expected to be ready for the 2022–2023 season.

SDCCU Stadium, the former home of the Chargers and San Diego Padres, still hosts the Holiday Bowl and Aztecs football. San Diego State has played at the site since it opened in 1967.

San Diego philanthropist Dianne Bashor donated $15 million to the university in December 2019 for construction of the new stadium; San Diego State will look to find a naming rights sponsor for the stadium but will name the playing surface Bashor Field.