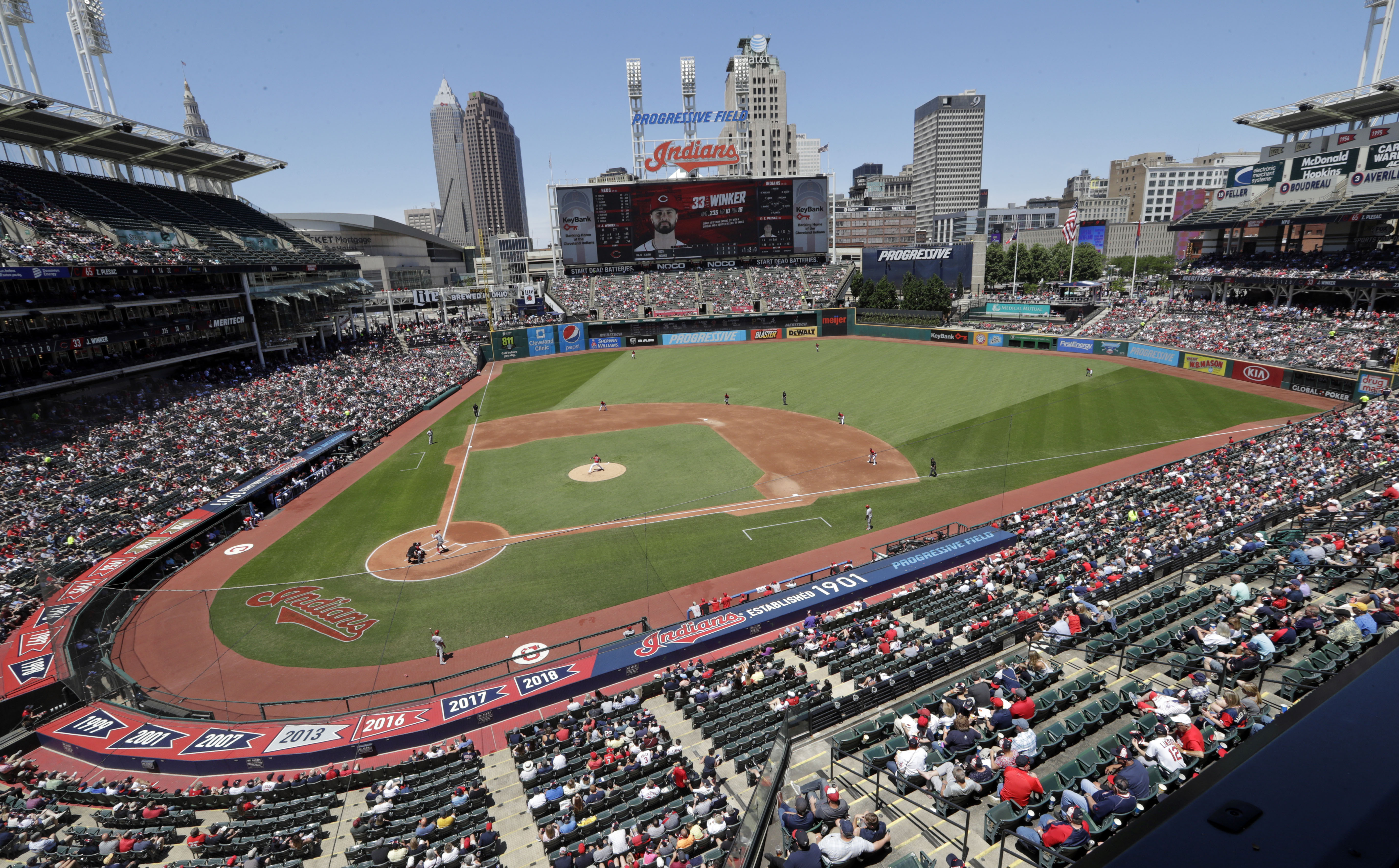 Cleveland is ready to rock. Considering that it’s the home of the Rock & Roll Hall of Fame, that’s a familiar line. But the city embraces the phrase, and so do the local organizers working with Major League Baseball to prepare for the 90th MLB All-Star Game on July 9. All you need to do is check the All-Star Game logo, which is outlined in the shape of a guitar.

The use of guitar imagery isn’t the only thing that’s new for the event. This year, the All-Star FanFest has been renamed Play Ball Park and will include outdoor elements such as a zipline, concert stages and food trucks. The festival runs July 5–9.

Downtown Cleveland has changed since 1997, the last time the city hosted the All-Star Game at Progressive Field (then named Jacobs Field). Huntington Convention Center opened in 2013, replacing a facility that had been built in 1964. Much of the new convention center is underground beneath the Cleveland Mall, and the grassy area above will be used for the fan festival.

“Cleveland certainly has been a great opportunity to bring to life the vision that we have going forward with the new FanFest, which is Play Ball Park,” said Barbara McHugh, senior vice-president of marketing for Major League Baseball. “We want fans to be outside enjoying the summer,. What this year’s event is all about is really taking the best and greatest of what we had in previous years with our previously called FanFest and morphing it into an indoor and outdoor experience.”

MLB has designed an experience to bring together baseball, softball, music, food, technology, shopping, fashion and baseball. Access to the outdoor areas of Play Ball Park is free (although the zip line will require a separate ticket), and fans can grab a bat or glove to play baseball or softball on fields created for the event; use batting cages and pitching tunnels; and participate in demos, drills and other events with rising stars, former All Stars, coaches and Olympians.

The outdoor events will also serve as a marketing tool for MLB’s Play Ball initiative, an effort to encourage young people of all backgrounds to play baseball and softball.

Play Ball Park also will offer two concerts (requiring free general admission tickets, claimed online) on July 5 and 6 featuring Twenty One Pilots and The Killers, respectively. Major League Baseball is joining other major sporting events such as the College Football Playoff and the NCAA Men’s and Women’s Final Fours with big-name performers taking the stage in conjunction with the main event.

“I think they’re looking at about 12,000 tickets each night,” Mulhall said. “But you have to have that ticket. Obviously, it’s a secure site. You’ll have to go through the magnetometers.”

Inside the convention center, with paid admission, will be the activities familiar from previous FanFests, including the chance to take photos with legends of the game, experience virtual reality demonstrations, play MLB video games and see displays from the National Baseball Hall of Fame.

All-Star festivities also include several other ancillary events. On July 7 the Color Run MLB All-Star 5K begins at the city’s Voinovich Bicentennial Park. Later that day, the All-Star Legends & Celebrity Softball Game and the All-Star Futures Game will be held at the stadium. However, the order of the events will be flipped this year, with the softball game leading off, followed by the Futures game. A fireworks show will complete the Sunday activities.

Explaining the tweaks to the softball game, McHugh said, “We’re going to have it more local—Cleveland/Ohio against the world, the rest of our celebrities. We’re really trying to focus in on some more notable local celebrities. Participants will be across music, movies, TV, sports and more.”

In this year’s Futures Game the American League, managed by Hall of Famer Jim Thome, will take on a National League team led by four-time All-Star Dennis Martinez. In the 20 previous Futures contests, the game featured U.S. players versus international players.

Monday will feature All-Star Workout Day, capped by the Home Run Derby in the evening. And leading into the Tuesday night main event between the stars of the National League and the American League will be the All-Star Game Parade Red Carpet through downtown Cleveland.

“When we embark on a city for All-Star (events) every year, there’s a finite number of people than can fit into the ballpark, in this case Progressive Field, and we know that way more than 35,000 people want to be a part of the events,” said McHugh. “This is why we have a week of events, so everyone has an opportunity to take part in the All-Star experience.”