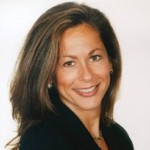 I’m thrilled to congratulate my longtime friend and TEAMS alum Bob Costas on winning his 25th career Emmy and fifth consecutive Emmy for Outstanding Sports Personality at the 34th Annual Sports Emmy Awards on May 7. No surprise to me!

There are plenty of reasons to honor broadcasting excellence, and I am looking forward to doing the same for sports events at our 11th Annual SportsTravel Awards at the TEAMS Conference and Expo November 4–7 in Salt Lake City. Nominations are now being accepted at SportsTravelMagazine.com.