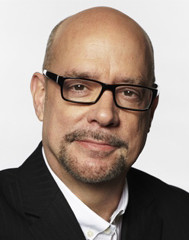 David Whitaker has been named chief marketing officer for Brand USA, the destination marketing organization for the United States. Whitaker will join Brand USA on May 11, 2015, following eight years as president and CEO of Tourism Toronto.

After taking the helm of Tourism Toronto to promote Canada’s largest city in April 2007, Whitaker embarked on a strategy to reinvigorate the greater metropolitan area as an exciting leisure and business travel destination. He did so by revamping its marketing and advertising and by focusing on attracting high-value travelers (who stay longer and spend more) primarily from major U.S. cities, the United Kingdom, Germany, China, Japan, and Brazil. By 2014, Tourism Toronto experienced its fourth consecutive year of growth in visitors from the United States and the highest number of overseas visitors in its history. In 2014, visitation reached a record 14.3 million overnight visitors, who spent $6.9 billion.

Prior to Tourism Toronto, Whitaker spent 17 years with the Greater Miami Convention & Visitors Bureau, most recently as the executive vice-president and chief marketing officer, where he had a similar role of helping shape Miami’s image and promoting leisure and business travel. Before joining the Greater Miami CVB  in 1990, Whitaker worked in a number of capacities with the United Way of Miami-Dade, most recently as vice-president of marketing.

“We look forward to welcoming David to the Brand USA team this May and to benefiting from his experience and expertise as a destination marketing leader,” said Thompson. “Under David’s leadership, both Toronto and Miami realized year-over-year increases in domestic and international visitation for two of North America’s largest cities, and we are fortunate to have him as we take the next step in Brand USA’s evolution as the nation’s destination marketing organization.”

In addition to his leadership role at Tourism Toronto, Whitaker is an active participant in the travel and tourism industry, serving on the boards of the Travel Industry Association of Canada and DMAI’s Destination and Travel Foundation for the past two years. Additionally, Whitaker chairs and has been a member of the Core Markets Committee of the Canadian Tourism Commission for the past four years.