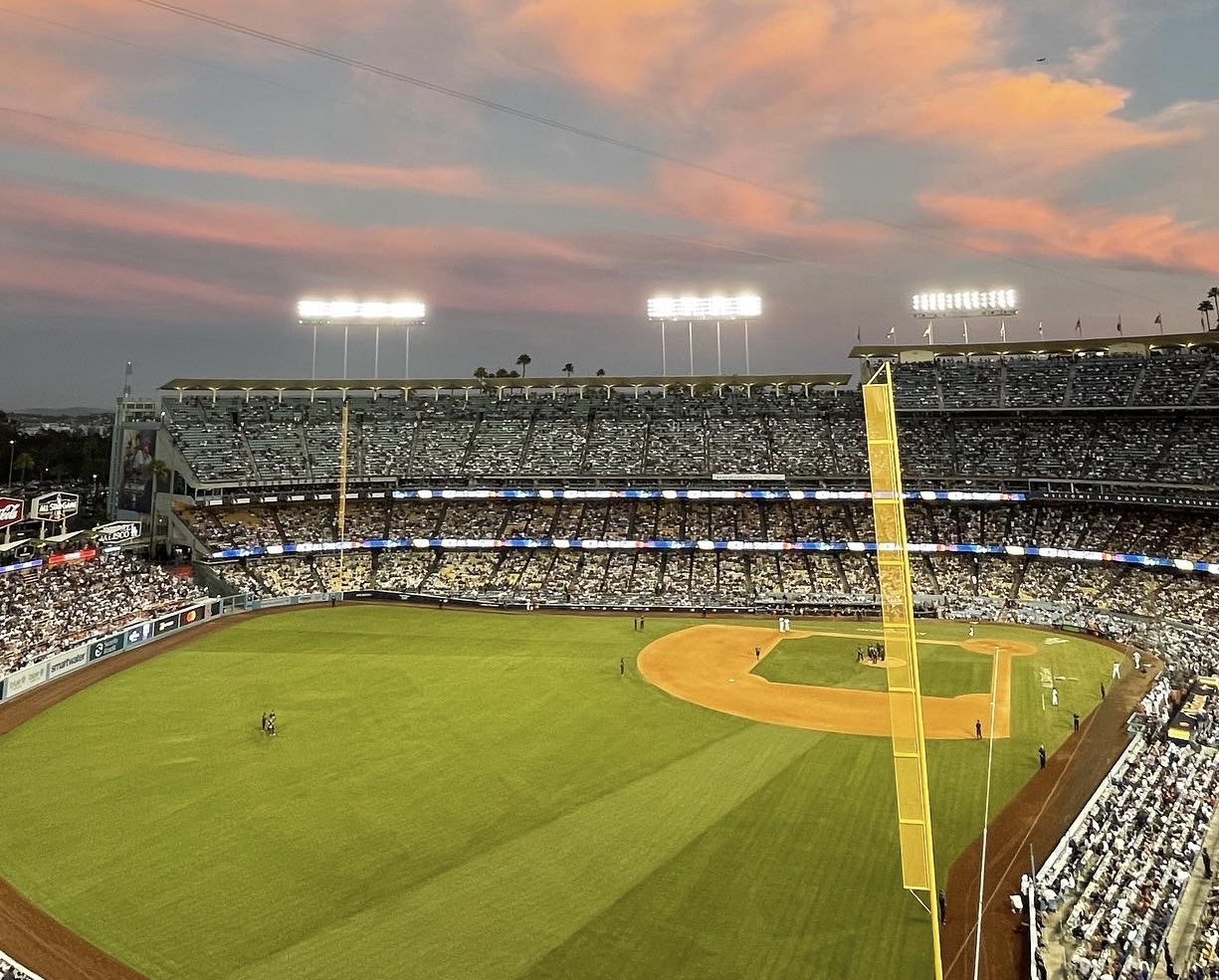 As you exit the interstate and begin the drive up the hill on Stadium Way to Vin Scully Avenue, all that can be seen are rolling hills and neighborhoods. But then, just around the corner is one of the Meccas of baseball – Dodger Stadium.

The venue is nestled between two of the busiest interstates in California, but once inside the stadium, the traffic and noise of SoCal living takes a backseat to one of the best backdrops in baseball.

2022 was just the second time the Major League Baseball All-Star Game — and Home Run Derby ­— have taken place at Dodger Stadium, with the only previous occasion being in 1980.

This was a re-do from when COVID prevented Dodger Stadium from hosting the festivities in 2020. It was worth the wait.

The next night, the American League won its ninth straight Mid-Summer Classic by a score of 3-2 behind Giancarlo Stanton’s 457-foot home run.

The announced crowd was 52,518, and while a majority wore Dodger blue and were disappointed with the outcome of the game, nobody could find fault with the sunset as the game neared its end.

Dodger Stadium has more than 37,000 reviews on Google and boasts a 4.7-star rating for good reason. There’s really no bad seat in the entire place, as the San Gabriel Mountains provide a picturesque backdrop. Oh, and the Dodger Dogs at the concession stand are worthy of the hype.

The venue is celebrating its 60th year of existence in 2022 and has seen its fair share of winning and hardware.

Since moving from Brooklyn to Los Angeles, the Dodgers have won 12 National League pennants and six World Series titles.

Since 1962 when Dodger Stadium opened, the franchise has produced five MVPs, 11 Cy Youngs, 39 Gold Gloves, 28 Silver Sluggers and 13 Rookies of the Year.

The hallways that lead to the Dodgers clubhouse on the stadium’s first level are lined with many of these dozens of trophies and the jerseys of previous Dodger greats.

The Dodgers have racked up the accolades on the field but have also been pioneers of equality as well. While still in Brooklyn, the Dodgers were the first MLB team to employ and start a Black player — all-time great Jackie Robinson.

The Dodgers were the first MLB team to allow a female sports journalist into a locker room (Anita Martini, 1974) and the first to employ a female lead trainer (Sue Falsone, 2012).

Another first — the Dodgers established a baseball academy in the Dominican Republic when they opened the doors to Campo Las Palmas in 1987.

So, it would only seem fitting that the MLB fan activations that were just a few miles down the road at the Los Angeles Convention Center all weekend featured displays honoring the Negro League Hall of Fame, Women in Baseball and the Latino Legacy display, which paid tribute to some of the greatest Latino players.

Dodger Stadium is one of the rare places that can hold six decades of history but is still just as unique of an experience 60 years later. Here’s to hoping it doesn’t take another 42 years for the MLB All-Star festivities to return to Vin Scully Avenue.