Representatives of the Paris 2024 bid committee also met with the press on the eve of the Opening Ceremony, including French President François Hollande. The president spent his time reassuring the Olympic movement that the city could still be a viable host despite several recent terrorist attacks in the country. As evidence of that, he pointed to the recently concluded European soccer championships hosted across the country without incident.

“Every single country is threatened by terrorism,” he said. “In 2024, I certainly hope from the bottom of my heart that we will have won the fight.”

When it was noted that the recent attack near the beach in Nice occurred just days after the tournament’s conclusion, Hollande again turned to the level of security that was in place in stadiums throughout the country, where fans had to go through three levels of screening to enter venues for the month-long tournament. “These were not attacks that happened as part of an event that we had decided to protect,” he said of the Nice attack. He urged the IOC not to conclude that the country is incapable of hosting the Olympic Summer Games because of the threat of terrorism. “What kind of message would it send the world if you do that?” he asked.

Paris is competing for the 2024 Games against Los Angeles, Rome and Budapest. Representatives of the Los Angeles bid will address the media next week. 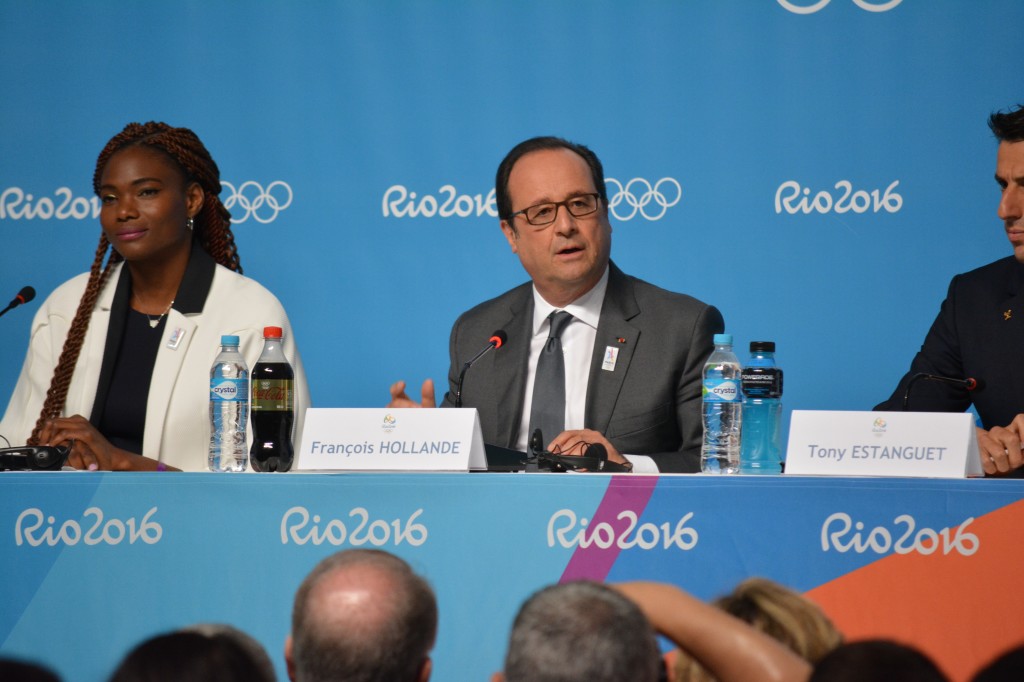