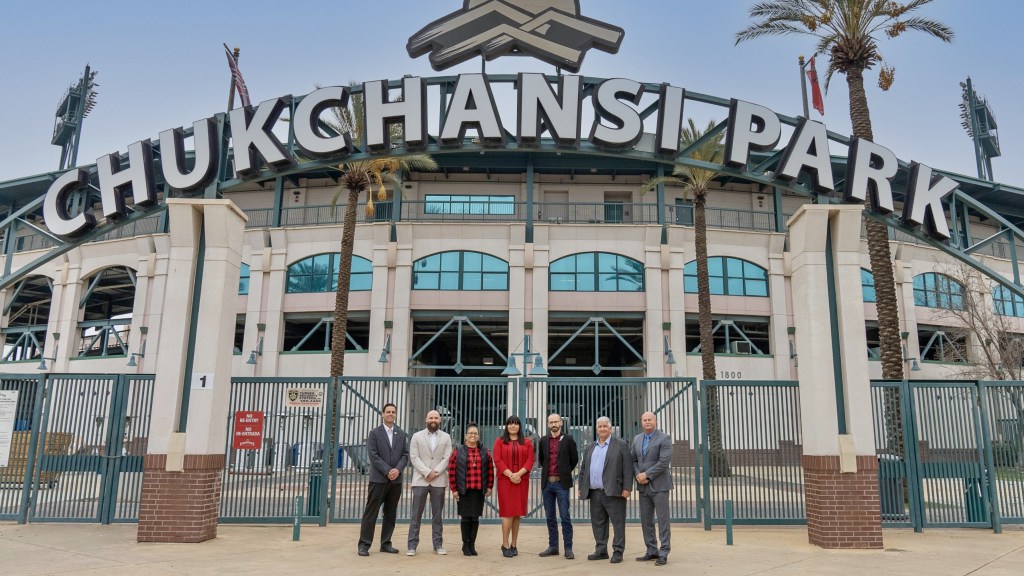 The Fresno Grizzlies, a low-A affiliate for the Colorado Rockies, have signed a 10-year extension of its existing stadium naming rights deal with the Chukchansi Economic Development Authority, an economic development enterprise of the Picayune Rancheria of the Chukchansi Indians, to retain the Chukchansi Park name.

The Chukchansi Tribe will continue to build on the 15-year legacy of Chukchansi Park with additional sponsorship and marketing rights, a designated annual “Chukchansi Day” for Tribal members and the creation of a new Tribal Internship with the team through 2031.

“The Chukchansi Tribe’s support of our team and community over the past 15 years has been incredible,” said Derek Franks, president of the Fresno Grizzlies. “On behalf of the Grizzlies ownership I want to thank the Tribe for their investment in us and in the community of Fresno, and we can’t wait to hit the ground running with the next 10 years of making memories at Chukchansi Park. It is only fitting that this announcement helps us kick off our 20th season in downtown Fresno and we are very excited by all of the opportunities this renewed partnership brings.”

The latest agreement provides 500 additional stadium parking passes, waives registration fees for up to 15 Chukchansi youth to attend the Grizzlies’ annual baseball camp, grants the Tribe the right to use Chukchansi Park for special events and also continues the annual “Chukchansi Day”  where the Tribe’s cultural heritage is honored and celebrated with traditional song and dance displayed during the pregame ceremony.

“I’m thrilled to announce the 10-year extension of the Chukchansi Tribe’s partnership with the Fresno Grizzlies and the City of Fresno,” said Joshua Herr, vice chairman of the Chukchansi Tribal Council. “This agreement has provided tremendous value to our Tribe over the years and has supported the economic growth of the region. We’re grateful for the opportunities this partnership has brought to our Tribal Community and look forward to many more successful years cheering the Grizzlies on at Chukchansi Park.”