Home > SportsTravel Archives > CEO of USA Canoe/Kayak to Step Down 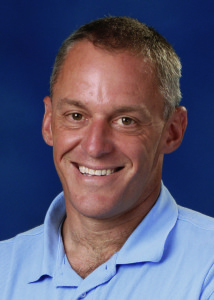 Joe Jacobi has announced that he will step down later this year as chief executive officer of USA Canoe/Kayak. The national governing body will begin a search for a new leader of the organization.

Jacobi, a 1992 Olympic gold medalist in canoe slalom, took the helm of USA Canoe/Kayak in 2009 when the organization was facing challenges of a stagnant sport, diminishing U.S. Olympic Committee funding and low visibility at its Charlotte headquarters, which were later relocated to Oklahoma City. He worked with USA Canoe/Kayak’s board to streamline the leadership and governance structure of the organization.

“I gave deep consideration in making this decision and remain firmly committed to a strong and healthy USA Canoe/Kayak anchored in Oklahoma City,” said Jacobi. “But there are important calls to both my personal life and professional endeavors about which I am excited to pursue, including projects and initiatives that directly and indirectly support USA Canoe/Kayak’s mission. The goal is not to leave, but to create space in order to contribute more to national and international paddle sports objectives.”

Oklahoma City has become a hotbed for the sport in recent years with the construction of several boathouses along the Oklahoma River and a finish line tower. The city is building a whitewater center along the river as well. Oklahoma City will also host the 2014 ICF World Canoe Marathon World Championships in September.

“Having worked with Joe closely in Oklahoma City for the past five years, we not only built a strong and valued friendship, but I witnessed his professionalism and engaging spirit that propels the sport forward on a daily basis with every speech, discussion, presentation and tour,” said Mike Knopp, executive director of the Oklahoma City Boathouse Foundation and a USA Canoe/Kayak Board member. “Joe’s Olympic gold medal success story is but one defining component to his legacy in the sport—his assertive and inspirational leadership of this national governing body during a critical and transitional time will be known as his greatest contribution to USA Canoe/Kayak and to the next generation of athletes entering the sport.”