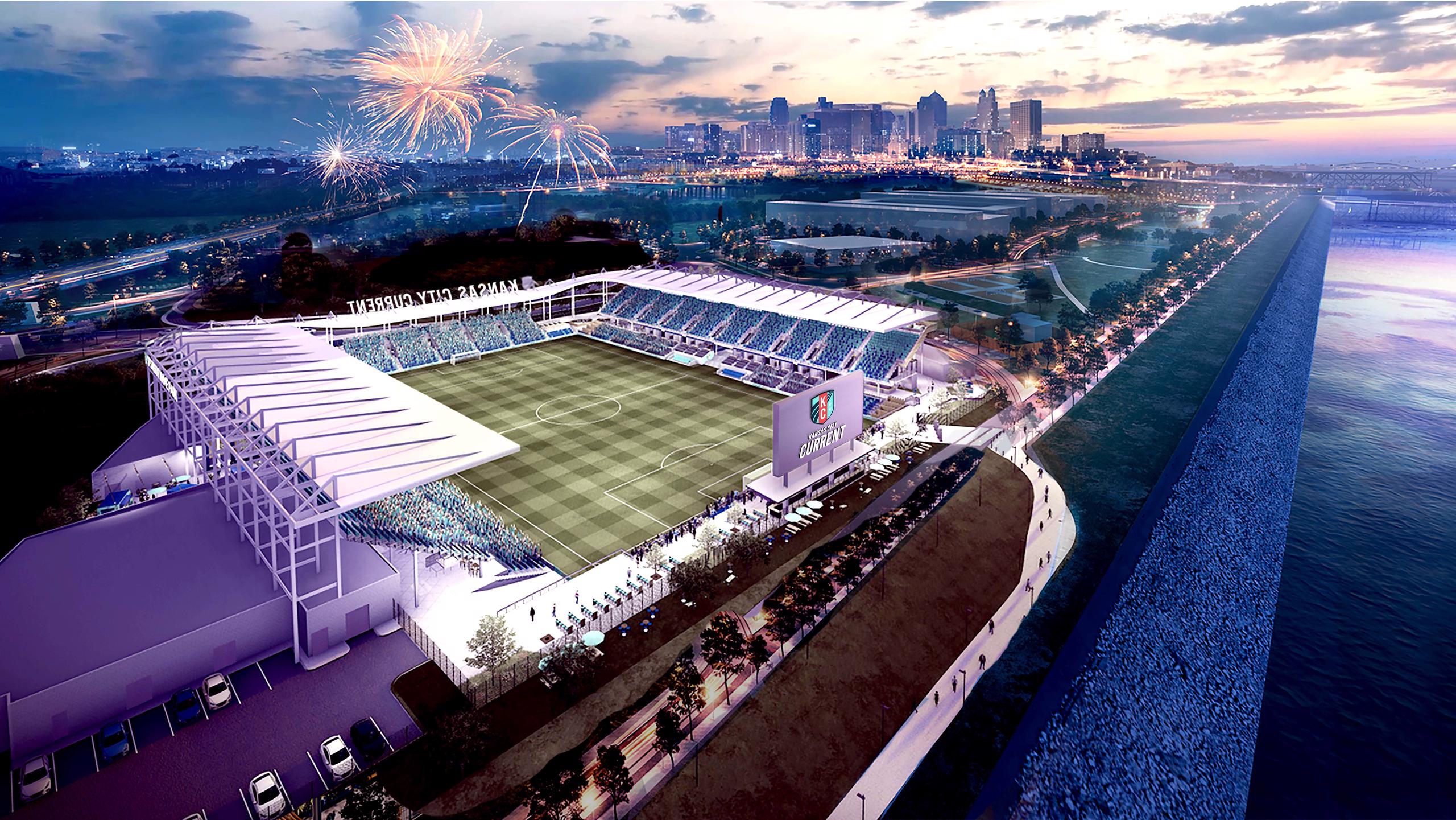 The Kansas City Current have released new renderings for the first stadium purpose-built for a National Women’s Soccer League team with an expanded capacity of 11,500 along with in-stadium amenities like a Concourse Club and Scoreboard Bar.

The privately funded stadium at Berkley Riverfront Park will have a 50-year lease agreement with Port KC on the east end of the park in Kansas City. The initial cost of $70 million announced in October 2021 may rise to $117 million with the updated plans. Primary design and construction partners include Kansas City-based Generator Studio, JE Dunn and Monarch Build.

“Elite facilities are an essential part of the future for this team,” said KC Current President Allison Howard. “Our new stadium will be an incredible place for athletes to compete at their highest level and the additional amenities will ensure that Kansas City fans have an experience worthy of the passion they bring to every match.”

It is the latest in a series of major investments for the team that relocated from Utah before the start of the 2021 season. The announcement follows previously released plans for a privately funded $15 million training facility in Riverside, Missouri, and plans to play home matches during the 2022 season at Children’s Mercy Park in Kansas City, Kansas, home of Major League Soccer’s Sporting KC. The team currently plays at Legends Field, which used to host the Kansas City Monarchs baseball team.