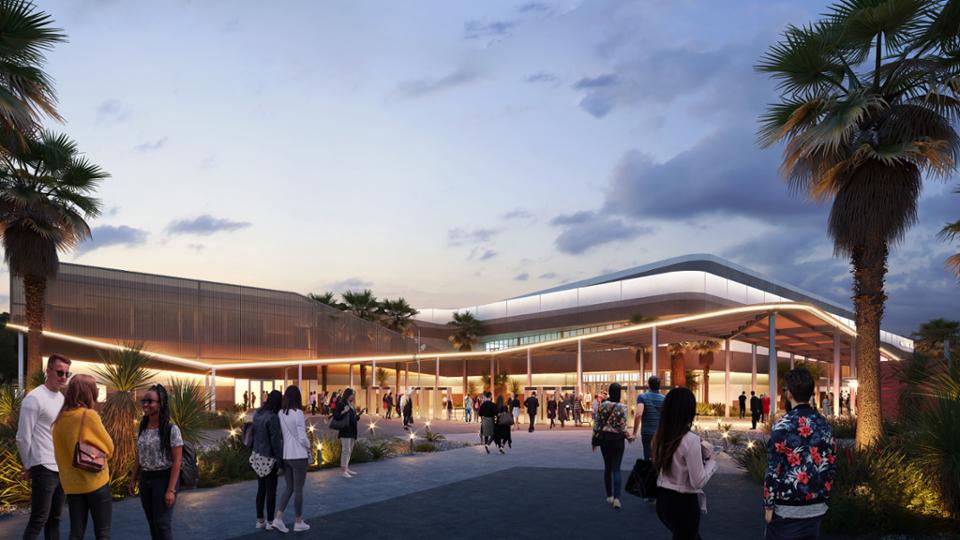 The future home of the Seattle Kraken’s American Hockey League affiliate will be on the move in California.

The Kraken, itself an NHL expansion team that will start in the 2021–2022 season, announced the change from Palm Springs to Palm Desert to become part of a sports and entertainment arena in the Coachella Valley. The plans were announced by the Oak View Group and the H.N. and Frances C. Berger Foundation and will include an adjacent training facility and community gathering spaces.

The announcement marks a change from an arena proposed on 16 acres of tribal land in downtown Palm Springs belonging to the Agua Caliente Band of Cahuilla Indians, a federally recognized tribe. The new privately funded plan locates the arena on land instead owned by the Berger Foundation located in Palm Desert. The arena will seat more than 10,000 plus suites and premium hospitality spaces. The arena and adjacent facility will serve as a year-round community gathering space in addition to the training center for the AHL team and a future site for youth hockey, figure skating, adult skating and other community activities.

Groundbreaking and arena construction are scheduled for 2021 with the Kraken’s AHL franchise targeting to begin play in the 2022–2023 season, a delay of one year. The Coachella Valley’s remaining ice rink, the Desert Castle, closed in March with the onset of the COVID-19 pandemic.

“After more than a year of good faith negotiations we were unable to finalize an agreement with the Agua Caliente tribal leaders for OVG to lease, develop and operate the privately funded arena,” said Oak View Group CEO Tim Leiweke. “We appreciate the ongoing support and encouragement from the community and are very pleased to be partnering with the Berger Foundation who share our vision for creating a world-class venue for the Coachella Valley and what will be one of the most premier music and professional sports arenas in the world.”

In addition to sports and entertainment, the arena will accommodate conventions, meetings and events and award shows.

“The Berger Foundation has always seen the potential of this property,” said Douglass A. Vance, vice president of real estate for the private foundation that has supported educational and other charitable projects in the region. “We prepared the land many years ago for a project exactly like this arena and ancillary businesses and have since been actively seeking developers to create a world-class campus for the Coachella Valley and its visitors.”