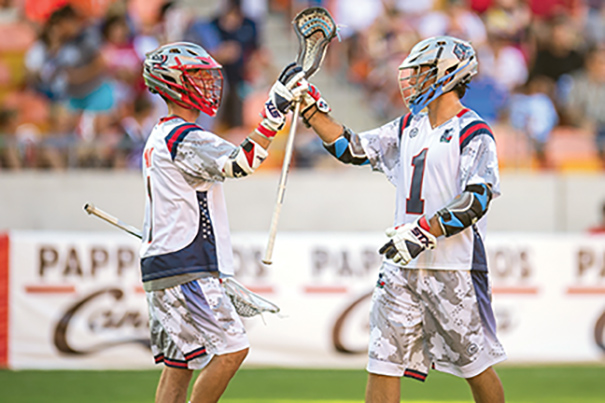 The 2015 Major League Lacrosse All-Star Game was staged at BBVA Compass Stadium in Houston and drew a crowd of 10,084. Photo courtesy of Trask Smith/Zuma Wire

By John Vivirito
America’s “oldest sport” has been experiencing a growth spurt over the past 15 years. Lacrosse, a game first documented by European missionaries who witnessed Native Americans playing in the 1600s, combines hockey, basketball and soccer into an action-packed, fast-moving sport.

Across the United States, participation for all ages has more than tripled since 2001. A record 772,772 players competed on organized teams in 2014, according to the most recent participation survey conducted by U.S. Lacrosse. Youth enjoy the game in part because there is constant movement, it is fast-paced and there is contact involved, said George Daniel, commissioner of the National Lacrosse League. “Boys and girls also like that you don’t have to be the biggest and fastest,” he said. “If you’re skilled with the stick, you can excel at the sport.”