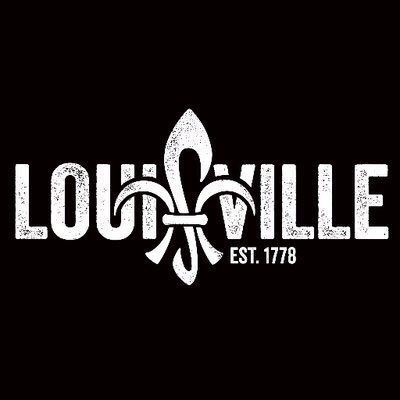 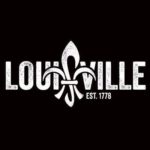 The TEAMS ’18 Conference & Expo, the world’s leading conference and expo for the sports-event industry, will be held in Louisville, Kentucky. The announcement was made today at the Louisville Visitor Center during a press conference organized by the Louisville Convention & Visitors Bureau and the Louisville Sports Commission. Presented by SportsTravel, TEAMS ’18 will be held October 1–4, 2018, at the Kentucky International Convention Center, which will reopen in 2018 following a multimillion-dollar expansion and renovation project.

“We are pleased to be the first travel-industry show that will be held at the newly expanded Kentucky International Convention Center,” said Timothy Schneider, president and CEO of Schneider Publishing Company, which publishes SportsTravel magazine and organizes the TEAMS Conference. “We have had a longstanding relationship with Louisville, which proved to be an outstanding host destination when TEAMS was held there in 2007. We are proud to bring the world’s largest gathering of sports-event organizers to Louisville and highlight all of the exciting developments in the destination that have occurred there in recent years.”

TEAMS ‘18 will be headquartered at the Omni Louisville, which is currently under construction and is scheduled to open in the spring of 2018. The Omni Louisville will feature 612 guest rooms and 70,000 square feet of meeting space. TEAMS attendees will also be housed at the Louisville Marriott Downtown and Hyatt Regency Louisville.

“We are thrilled to have the opportunity to once again showcase the city of Louisville to such an important audience,” said Karen Williams, president and CEO of the Louisville Convention & Visitors Bureau. “Hosting TEAMS ‘18 will support our mission to continue attracting top-flight sporting events to Louisville, which is our second biggest room night–producing market. This will be the second time TEAMS has been to Louisville and we plan to take every opportunity to show off the best our city has to offer.”

The expansion of the Kentucky International Convention Center will add 200,000 square feet of exhibit space and a 40,000-square-foot ballroom to the facility. The project is estimated to bring up to 25 percent more business to the convention center and $53 million in annual economic impact to the downtown area.

“The new Kentucky International Convention Center is the perfect venue for the TEAMS ‘18 Conference & Expo,” said Jason Rittenberry, president and CEO of the Kentucky State Fair Board, which manages the convention center. “Hosting this industry show will enable both Louisville and KICC to showcase our destination to the decision- makers in the sports industry.”

“We would like to thank the team from Schneider Publishing for selecting Louisville as the site for the TEAMS ‘18 Conference & Expo,” said Karl Schmitt Jr., president and CEO of the Louisville Sports Commission. “Louisville

has shown a long commitment to supporting the sports-event industry, and this conference provides a great
opportunity to provide these decision-makers a front-row seat to the nearly $1 billion in tourism-based infrastructure improvements the city has made.”

In addition to the Kentucky International Convention Center and the forthcoming Omni hotel, Louisville is also home to major event venues including the Kentucky Exposition Center, which offers more than 1.2 million square feet of indoor exhibition space, and KFC Yum! Center, which serves as home court for the University of Louisville men’s and women’s basketball programs. Louisville attractions include retail, art and culinary hubs such as East Market Street and Museum Row.

About the Louisville Convention & Visitors Bureau
Since 1968, the Louisville Convention & Visitors Bureau’s primary goal has been to enhance the city and county’s economy through tourism development—to promote and sell Louisville as a destination for conventions, trade shows, corporate meetings and pleasure and business travel on a worldwide basis. Louisville hosts more than 24 million visits annually for an estimated economic impact of $1.6 billion which supports 36,000 local tourism-related jobs.

About the Kentucky International Convention Center
Located in the heart of downtown, the Kentucky International Convention Center draws 250,000 people to a wide variety of events each year. The facility is adjacent to the entertainment and arena districts. The venue is closed for expansion and renovation and will reopen summer of 2018. For updates on the construction project, visit kyconvention.org.