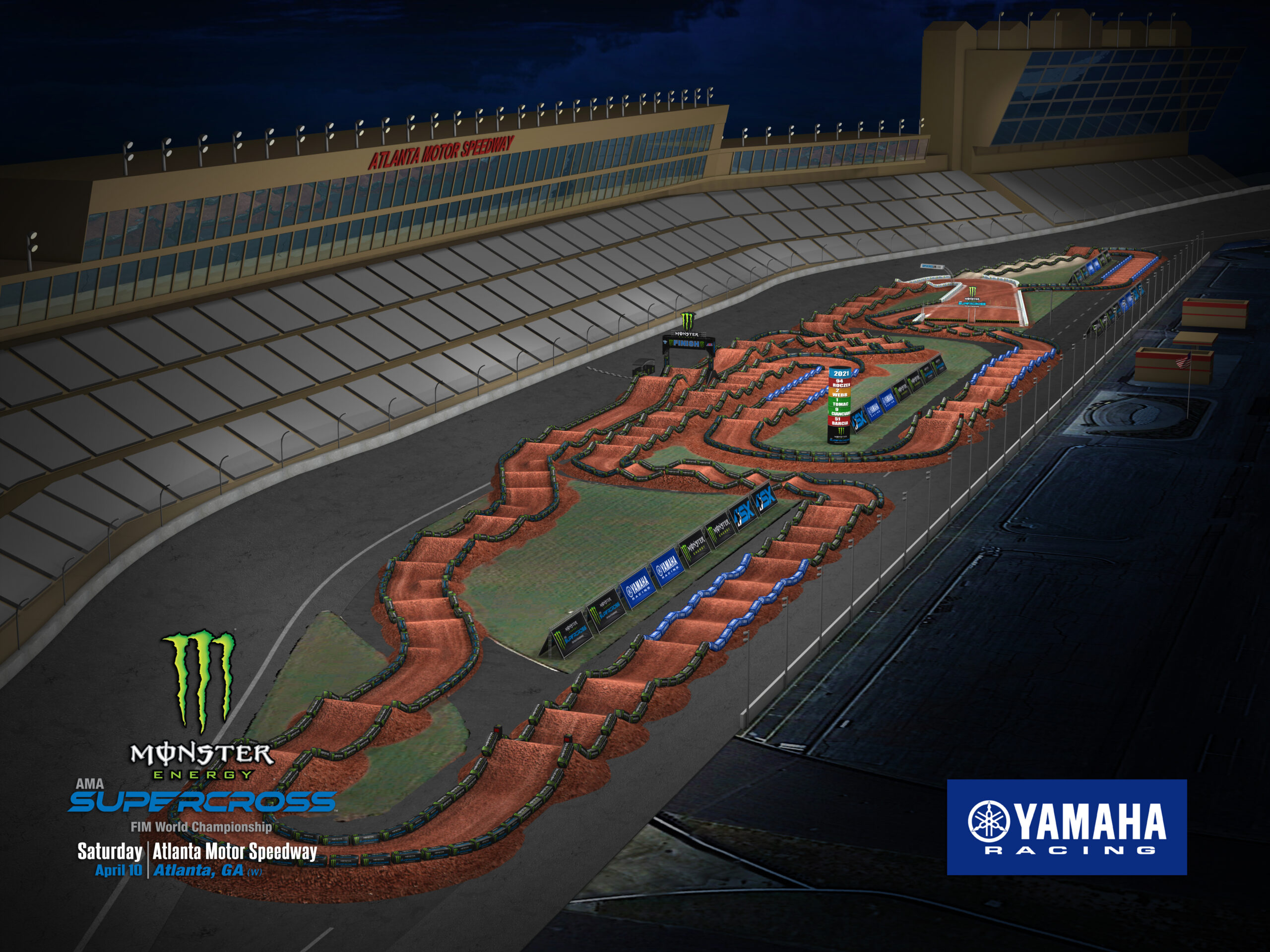 The 2021 Monster Energy AMA Supercross series will go to one of the more unique setups in series history when it races in the infield at Atlanta Motor Speedway in Hampton, Georgia, starting April 10 and continuing for a full week. The April triple-header will be a first for the speedway and a first for the Atlanta market.

Monster Energy Supercross is the world’s largest stadium-based off-road motorcycle racing series and will be at Atlanta Motor Speedway for the first time, though it is not the first time the series has gone to Georgia — it visited Atlanta Fulton County Stadium back in 1977. Being built in the AMS infield will require 50 million pounds of dirt to create the course.

The three races held over a week will lead the series into its season finale on April 24 and May 1 at Rice-Eccles Stadium in Salt Lake City, Utah. Supercross’ schedule this season has included tripleheader events in Houston, Indianapolis and the recently completed series in Arlington, Texas. It also held one round this season in Daytona Beach, Florida, and two in Orlando, Florida.

Supercross has implemented enhanced health measures to help with its live experiences. Seating capacity will be reduced at each stadium with a pod seating structure so family and friends can safely enjoy all the action while social distancing from other groups. Unless otherwise exempted by law, attendees age 2 and older must wear a face covering except when actively eating and drinking.