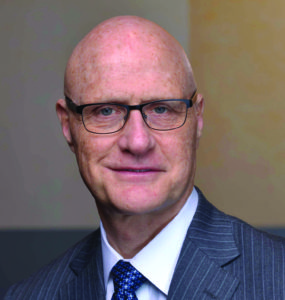 For residents of Louisville, it’s time to get the hat just right and straighten that bow tie. Our community is rounding the clubhouse turn and heading into the home stretch toward the 145th running of the Kentucky Derby.

Preparations at Churchill Downs are reaching fever pitch, from the trainers readying the thoroughbreds for the starting gate to the kitchen and bar managers gearing up to serve all those slices of pie and mint juleps.

Across our tourism and hospitality sector, there are thousands of Louisvillians who—while doing individual jobs—make a collective impact toward making our city shine. And it’s important, because the most exciting two minutes in sports also expands into the greatest opportunity for Louisville to show the world what we are all about.

Sure, there will be more than 10 million people who will watch the Kentucky Derby on television and countless others at parties around the globe, but the real impact is made on those who visit our city, who experience our hospitality, eat in our restaurants, visit our attractions, stay in our hotels, fly into our airport, enjoy our bourbon … and experience the intangibles that make Louisville special.

The Kentucky Derby showcases Louisville in a way that a weekend visit could become a lifetime commitment. These guests could decide to do business here, start or move a company to the region or relocate a family here. Add in the coolness factor of the Derby experience for young and mobile people who now make Louisville their home, and the ripple effect can be far-reaching.

But it’s more than just the first Saturday in May where sports help drive Louisville’s bottom line. Throughout the year, the Louisville Sports Commission works closely with our partners at Louisville Tourism to leverage all kinds of sporting events for the benefit of our city.

Earlier this spring, led by the University of Louisville Athletics Department, our community hosted successful rounds of the NCAA basketball tournament, both the women’s Division I first and second rounds and the men’s Division I South Regional Championship. These events brought rave reviews from the NCAA and thousands of fans from several different key markets to town to experience the hidden treasure we call home.

From large nationally celebrated events like these, to activities that may go unnoticed—such as the Junior Volleyball Association that brought 15,000 top players from across the country to Louisville this April, or the Run 4 the Roses and Battle in the Boro that will attract nearly 15,000 youth female basketball players and 1,000 college coaches to the Kentucky Expo Center in midsummer—the sports travel market is vital to our community.

The Louisville Sports Commission has been focused on growing this market sector for 20 years. Working closely with the Louisville Tourism team, local universities, Kentucky Expo Center, Kentucky International Convention Center, other facility operators and many other organizations, sports tourism has grown to contribute more than $40 million annually to the local economy — and that’s in addition to the Derby.

The Louisville Sports Commission last year was named the Large Market Sports Commission of the Year by the sports travel industry’s national trade association, an honor selected by our peers and our clients. And during the past seven years, sports have accounted for the largest share of inbound events and conventions across all of Louisville Tourism’s markets.

Hosting one of the world’s great bucket-list events for 145 years means this city and its residents know how to roll out the red carpet and put on a great show. This extraordinary event has been instrumental in our ability to recruit sporting events over the years, and kudos to Churchill Downs track management and staff for ensuring the Derby is world class and to city and state government for their unwavering support.

So, during the next week, as you encounter members of Louisville’s hospitality sector and support services, remember that they’re a big part of our community’s continued growth and prosperity.

Their very visible jobs during Derby season are part of our year-round efforts to leverage our location, facilities, experience and Southern hospitality to attract sporting events throughout the entire year.

Hope to see you at the track.

Karl Schmitt has been president and CEO of the Louisville Sports Commission since 2015, after joining the organization in 2010 as its executive director. Previously, Schmitt spent 20 years in management at Churchill Downs Inc., joining as director of publicity in 1987. He was a member of CDI’s senior management team from 1990 to 2006. He rose to senior vice president of corporate communications before serving as president of two of Churchill’s wholly owned companies and as a member of CDI’s development team, providing support for strategic planning and acquisitions.