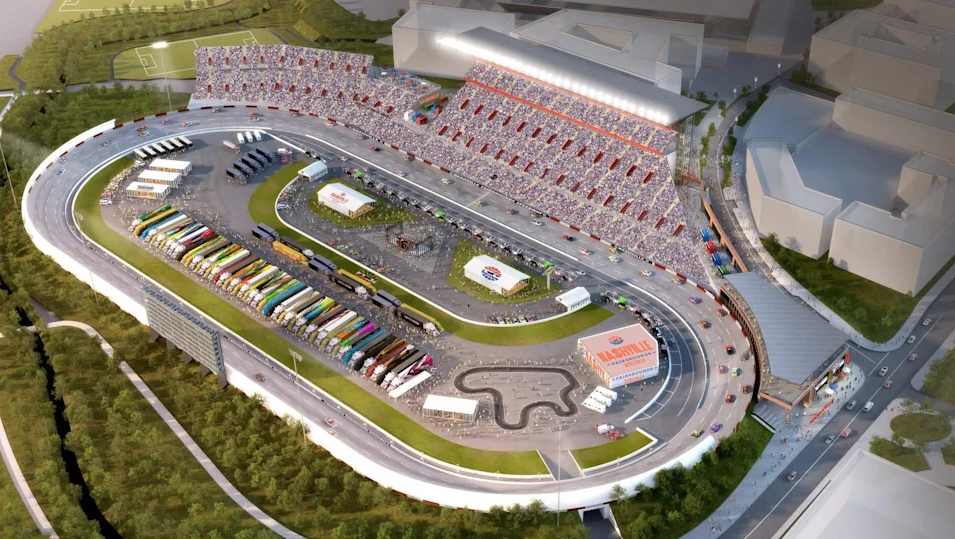 NASCAR, which returned to the Nashville market this past season with its first Cup Series race at Nashville Superspeedway, may be setting up the potential for a second track in the destination to get a future Cup Series weekend.

A proposal by Bristol Motor Speedway to revitalize the Nashville Fairgrounds Speedway was agreed to by Nashville Mayor John Cooper on Tuesday, setting the stage for the venue to potentially host a NASCAR event as soon as 2023.

A release from the mayor’s office said “the partnership will result in a modernized track that meets NASCAR series standards and transform Fairgrounds Speedway into a true multipurpose venue that can also host non-racing, revenue-generating events.” It added “a slate of NASCAR series and other major races, in addition to an expanded calendar of revenue-producing, non-motorsports events would generate about $100 million annually in economic activity, through visitor spending at hotels, restaurants and other local attractions, according to an analysis by Tourism Economics, a division of Oxford Economics.”

The proposal says that Bristol Motor Speedway would manage and operate the track for a 30-year term while the Metro Sports Authority will issue 30-year revenue bonds to finance renovations including a rebuilt grandstand for 30,000 fans and sound mitigation components. The track rentals will be reduced to 20 days per year with revenue streams to pay for the track’s renovation including rent payments, user fees and taxes paid by patrons of the venue, sponsorship agreements and event revenue.

“Once the renovations are complete, Nashville Fairgrounds Speedway will be a new destination for motorsports and entertainment,” Bristol Motor Speedway Executive Vice President and General Manager Jerry Caldwell said. “We’ll operate to maximize event opportunities while mitigating the impact on area residents. Our goal is to create something that Nashville and the surrounding community can be proud of.”

Under the agreement, an independent sports finance consultant will review the proposed financial framework. Should it be approved, the plan will be presented to the Board of Fair Commissioners for approval and then submitted to the Sports Authority and the Metropolitan Council. The Fairgrounds site will also be the location for a new soccer-specific stadium opening in 2022 for Nashville SC.

“In keeping with the national profile that Nashville Soccer Club is bringing to the Fairgrounds in 2022, this innovative partnership will bring our historic speedway back to life as a crown jewel in the world of motor sports,” Cooper said. “Having professional soccer and NASCAR side by side will make our Fairgrounds a family destination for Nashville’s future. I look forward to working with Bristol, the state of Tennessee, the Fair Board, the Sports Authority and the council on this proposal.”