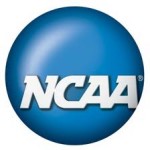 The NCAA has announced host sites for the first and second rounds and regional finals of the 2014 NCAA Division I Women’s Basketball Championship, including a first-time tournament host and two locations that last hosted a championship round more than a decade ago.

The 2014 Women’s Final Four, whose host site was previously announced, will be staged in Nashville, Tennessee.

“The committee continues to look for ways to create a better in-arena atmosphere for our student-athletes, improve attendance and enhance the broadcast look of the games,” said Carolayne Henry, chair of the Division I Women’s Basketball Committee and senior associate commissioner/senior woman administrator at the Mountain West Conference. “The 2014 championship presented us with a unique opportunity for our institutional hosts during the regional rounds of play. The committee is continuing to look at other host and format options that make sense for our championship going into 2015 and beyond.”