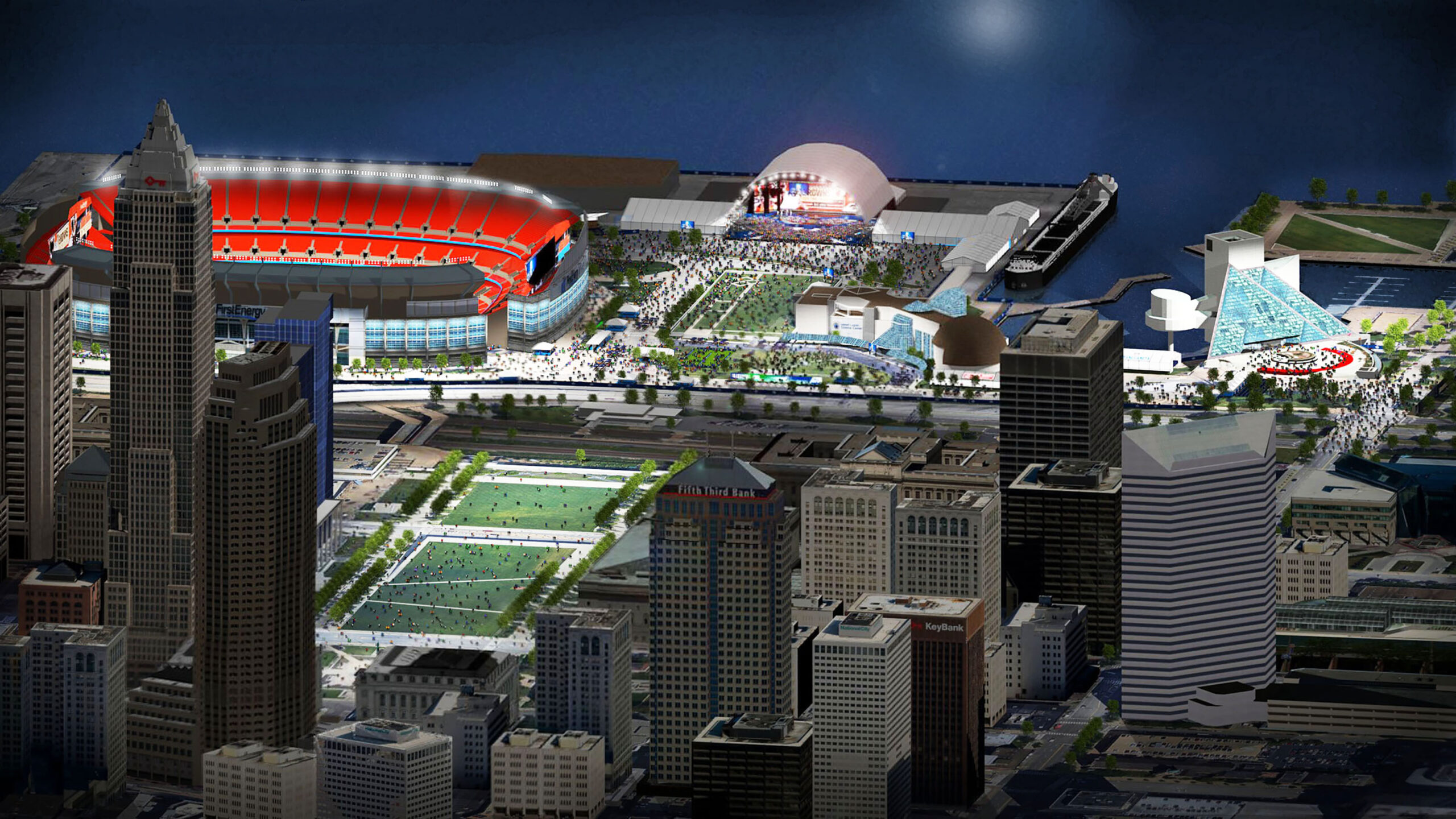 The 2021 NFL Draft will be held as an in-person event in Cleveland with the rookie draft class near the Rock & Roll Hall of Fame, one year after the COVID-19 pandemic forced the event to go virtual from Commissioner Roger Goodell‘s house.

The league announced some its plans for this year’s three-day event after last year’s draft was held virtually instead of Las Vegas, where the 2022 draft will now be held. Some of Cleveland’s iconic locations including the Rock Hall, FirstEnergy Stadium and the Great Lakes Science Center, will be incorporated into the three-day festivities from April 29-May 1. Most of the events are are outdoorsGoodell will be on hand to welcome the league’s newest players from a short distance.
“We are thrilled to be heading to Cleveland for the NFL Draft, which has become one of the most highly anticipated events in sports” said Peter O’Reilly, NFL executive vice president for club business and league events. “We look forward to bringing the excitement of our Draft traditions to fans in collaboration with the Browns, Destination Cleveland, Greater Cleveland Sports Commission, the City of Cleveland and all of our local Cleveland partners.”

The league said the three-day event will be open to the public and protocols from the Super Bowl in Tampa will be in place with fans required to wear face coverings and adhering to physical distancing. A main stage will be built along Lake Erie to serve as the central hub for draft activities, including unnamed musical acts. This year’s draft coincides with the the Cleveland Browns’ 75th anniversary.

“We are looking forward to officially being on the clock in Cleveland for what has become one of the most-anticipated sports and entertainment events of the year,” said David Gilbert, president and chief executive officer of the Greater Cleveland Sports Commission. “While we know this event will look different than in the past, we are thrilled about what the NFL Draft will mean to our community coming out of this pandemic.  It will showcase Cleveland’s beauty and resilience to a large audience, both safely in-person and worldwide.”

Building on the success of last year’s virtual event, when Goodell read players’ names from the basement of his home, other draft picks will participate remotely from around the country.