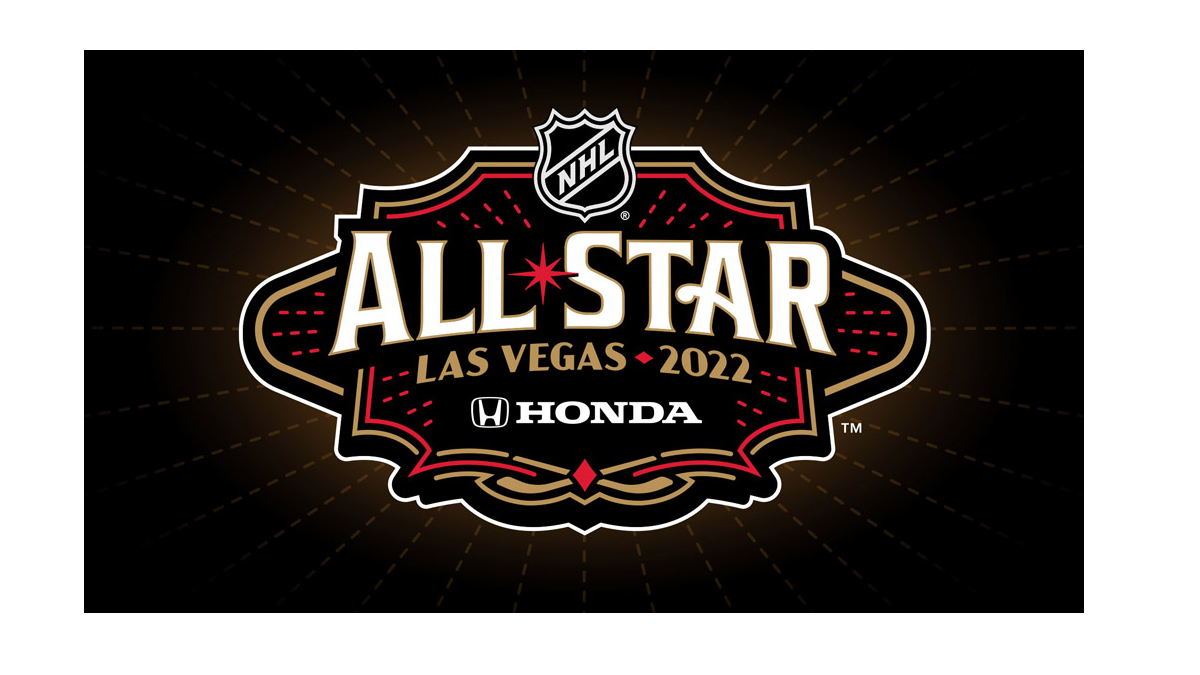 The National Hockey League and Vegas Golden Knights have unveiled the 2022 Honda NHL All-Star logo as the Golden Knights and the city of Las Vegas prepare to host the 2022 NHL All-Star Weekend at T-Mobile Arena in February before the league goes on its break for the Olympic Winter Games in Beijing.

The logo is inspired by the neon lights and marquee signs on the Las Vegas Strip with the shape of the “Welcome to Fabulous Las Vegas” sign. The logo is tilted back as if the viewer is looking up at the marquee. The color palette uses the black, red, and gold of the Vegas Golden Knights with red and gold accents as the neon lights against the sky. The logo is encapsulated with neon tubing that surrounds the Honda mark and includes a pair of hockey sticks at the bottom.