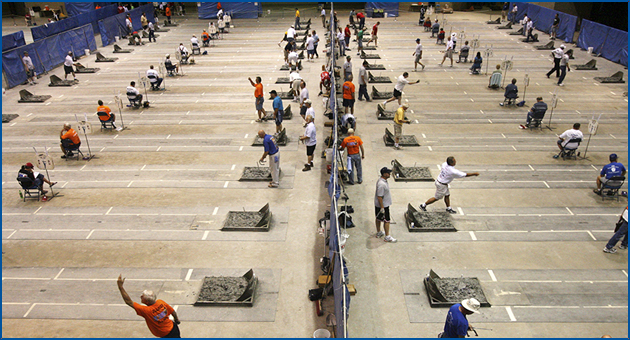 Event History:In Ancient Greece, participants in the Olympic Games threw a discus, which was similar in size and weight to the horseshoe of the time. Historians have determined that the Grecian armies’ camp followers, who could not afford to buy the discus, set up a stake and threw discarded horseshoes at it. By 1869, England had set up rules to govern the game; these became the basis for the American game, though no records were kept or tournaments held until 1909. The first horseshoe pitching tournament open to competitors worldwide was held in 1910 in Bronson, Kansas, and the NHPA was incorporated in 1921. These days, competitors from the U.S., Canada, Namibia, South Africa and Norway vie for prizes ranging from $100 to $4,200.