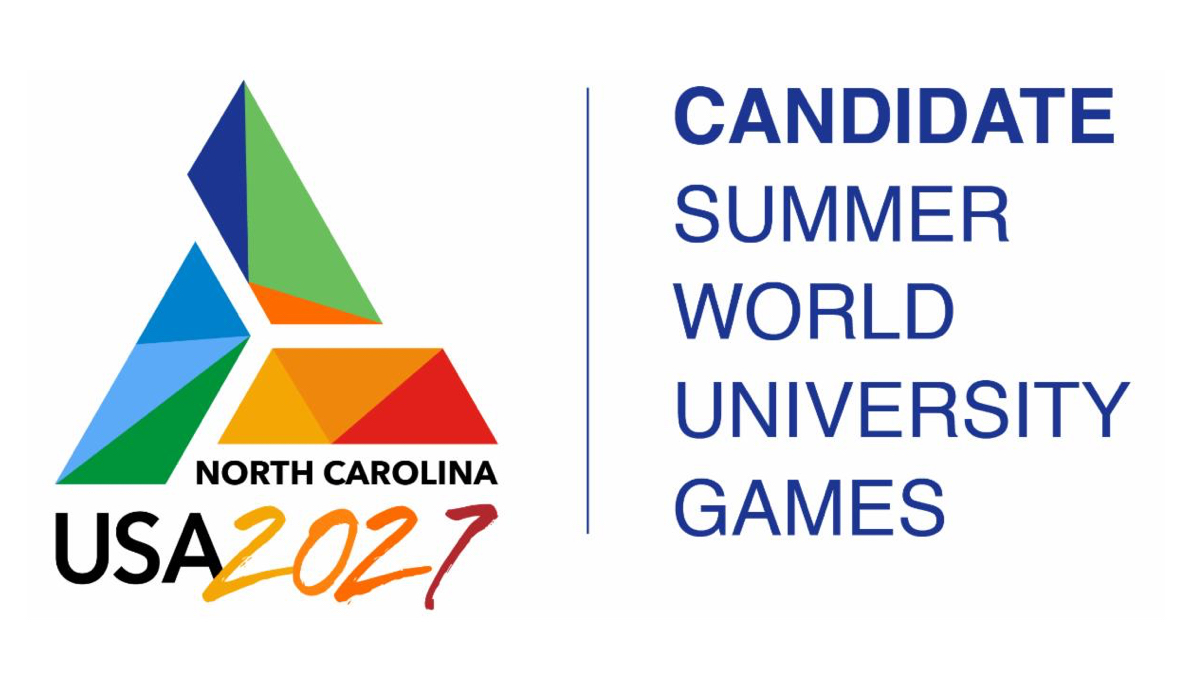 North Carolina’s Triangle and Triad regions, along with South Korea’s Chungcheong Megacity, have been named as the finalists in the bidding to host the 2027 Summer World University Games.

“We are thrilled that we have made it to this stage in the process and that we are representing the United States of America in such an exciting competition for this global event,” said Hill Carrow, chairman and chief executive officer of the North Carolina Bid Committee. “Kudos to our Bid Committee members and staff, as well as leaders of our universities, venues, cities, counties, national and state sports organizations, and the state of North Carolina for helping us achieve this milestone.”

“We are delighted to receive the news today that our United States bid, with North Carolina as our host city partner, has made it to the final phase of the competition to land the 2027 Summer World University Games,” said Dan Guerrero, president of the U.S. International University Sports Federation. “We know we have what it takes to host and stage an outstanding Games and we look forward to working with the North Carolina Bid Committee in making our case to FISU.”

“While the Summer Games have not been held in the United States since the 1993 Games in Buffalo,” said Delise O’Meally, secretary general of the USIUSF and a member of the FISU Executive Board, “our country currently has strong momentum for the bid.”