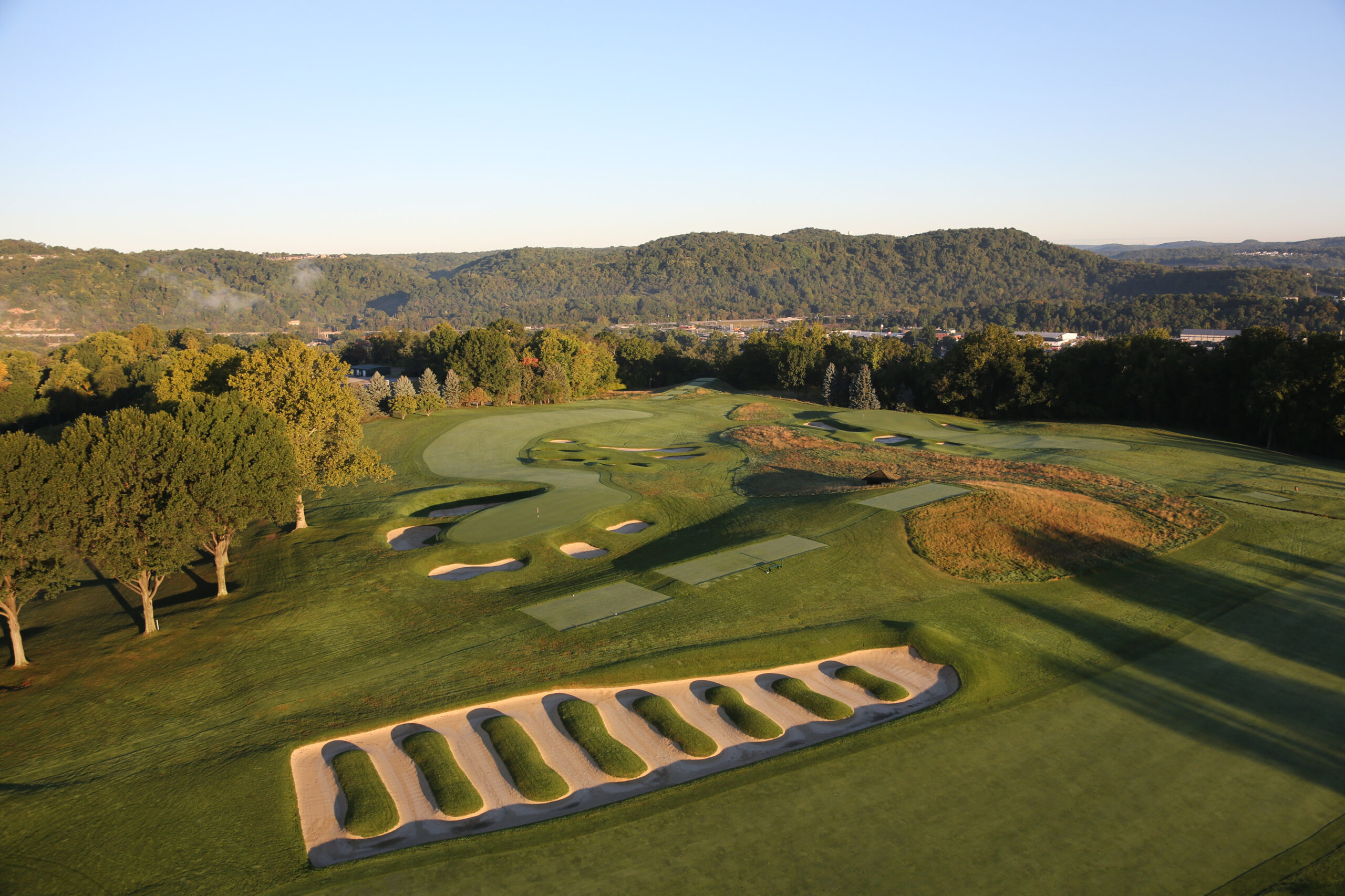 Oakmont Country Club outside of Pittsburgh is hosting this week's U.S. Amateur championship.

The United States Golf Association’s U.S. Amateur this week at Oakmont Country Club is just the beginning for major USGA events heading to the state of Pennsylvania over the next two-plus decades.

The USGA has awarded five more U.S. Open Championships and four U.S. Women’s Open Championships to two of the country’s most storied golf courses, Oakmont Country Club and Merion Golf Club, in the Commonwealth, bringing the total of USGA national events to Pennsylvania between now and 2050 to 18 total championships.

“Oakmont and Merion are iconic in every sense of the word — they’re in rare company in golf and continue to test the best in the game,” said John Bodenhamer, USGA senior managing director, championships. “We’re making history and kicking off a new era for our national championships in Pennsylvania, and we couldn’t be more excited for what lies ahead.”

“Our members and all of Pittsburgh are so excited to host the USGA and the best players in the game at Oakmont, which we believe is one of the most exacting tests of golf anywhere in the world,” said Ed Stack, president of Oakmont Country Club. “It is the perfect venue to identify the best golfers around the globe, in concert with the USGA’s mission for championship golf. The new champions who will be crowned over the next 30 years will join a distinguished list of past champions and etch their names in golf history. We are proud and humbled to showcase Oakmont Country Club, Pittsburgh, and the Commonwealth of Pennsylvania with a number of USGA championships through 2049.”

Merion Golf Club in Ardmore has hosted 18 USGA championships, the most of any site.

“Starting with its formation, the desire to host significant championships has been at Merion’s core. It is no wonder Merion has hosted more USGA championships than any other club in America,” said Buddy Marucci, championship chair for Merion Golf Club. “Our friendship with the USGA dates to its first decade and has produced some of the most incredible moments in golf history. We are thrilled to celebrate those moments by announcing four more Open championships, and we look forward to bringing the best players in the world to compete on Hugh Wilson’s timeless masterpiece.”