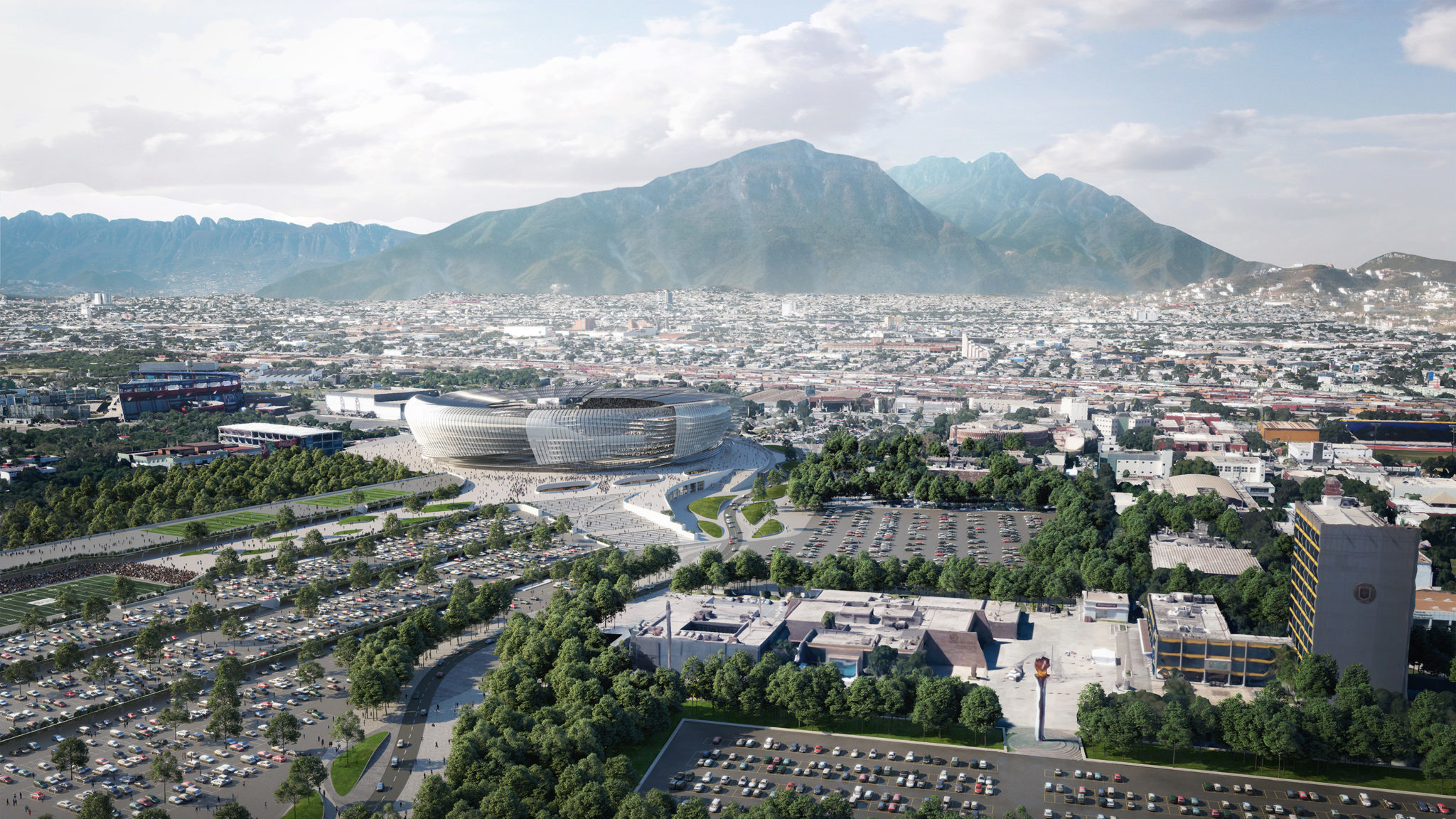 Populous has been signed to create a new 65,000-seat stadium for Liga MX soccer club Tigres UANL, which is due to open in 2025.

Tigres has played in the 42,000-seat Estadio Universitario since 1967. The new design features separate changing rooms for Tigres’ men’s and women’s teams and a retractable field that will allow a range of events to be hosted. The scheme also incorporates retail, hospitality, hotel rooms, offices and classrooms for the Universidad Autónoma de Nuevo León to facilitate year-round usage.

“We are proud to be part of this exciting project to create a new home for Tigres UANL that will allow them to continue to flourish at the very highest level,” said Christopher Lee, managing director, EMEA, Populous. “Our design builds on the club’s rich history at Estadio Universitario to deliver a stadium that will come to hold a special place in the hearts of the fans and indeed the wider community. We look forward to continuing to work closely with UANL, Tigres UANL, Cemex and Juego de Pelota Inc. to deliver a new sporting landmark for Nuevo León and Mexico.”

The new stadium will be located on a site close to Estadio Universitario, meaning the club will not need to relocate during construction and will retain its position with direct transport to the downtown area. The project is expected to employ 60,000 people and will be privately funded.

“Today Tigres is internationally recognised and we are always striving for more,” said Mauricio Doehner, a member of Tigres’ parent company Sinergia Deportiva. “Of course we deserve a new stadium, it will be the headquarters in this new era. Today, Tigres is not only a benchmark in Mexican soccer, but also in the international one. The Estadio Universitario has given greatness to Club Tigres and all the fans, we will honour it forever.”