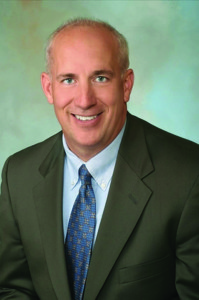 Rick Adams has been named chief of Paralympic sport and national governing body organizational development for the U.S. Olympic Committee, where he will oversee the USOC’s Paralympic sports program in addition to his role as a liaison to national governing bodies. Adams had been the USOC’s chief of sport operations and NGB relations since July 2013 after previously serving as managing director of NGB organizational development. Adams will replace Charlie Huebner in the Paralympic role, although Huebner will stay with the USOC in a fundraising capacity.

Prior to joining the USOC in October 2010, Adams served as the CEO of USA Weightlifting from 2009–2010. From 2007–2009, Adams was the chief operating officer for Beyond Meetings & Incentives, a New York–based company that specializes in full-service event planning for corporate meetings, incentive travel and sports marketing. From 2002–2006, he was president and managing partner for RBC Sports, a sports entertainment company that co-owned and operated four members of the ECHL. He also served as president and CEO of the ECHL from 1994­–2002.