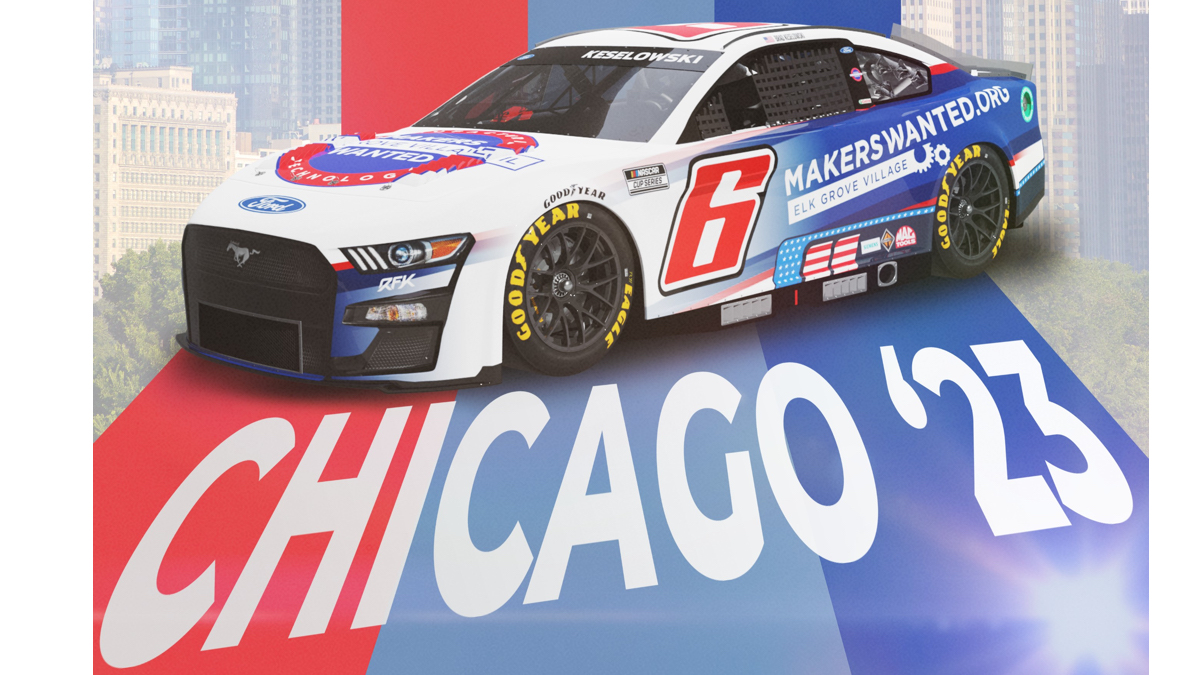 Elk Grove, the largest contiguous industrial park in the United States, will have its business slogan ‘Makers Wanted’ on the No. 6 Ford Mustang driven by Brad Keslowski during NASCAR’s Chicago street rourse race next July 4 weekend. On October 17, Keselowski represented RFK Racing at the Made in Elk Grove Manufacturing and Technology Expo to announce the multi-year partnership.

“Elk Grove Village is home to the largest industrial park in North America,” Mayor Craig Johnson said. “We’re surrounded by incredible transportation options and our village works hard to make this a destination for businesses. Partnering with RFK for a marquee race allows us to reach a huge audience with a partner that shares a passion in American business and manufacturing.”

Keselowski knows a few things about manufacturing and technology. He is the owner and founder of Keselowski Advanced Manufacturing, a hybrid manufacturing company based in Statesville, North Carolina, specializing in additive metal technologies as well as CNC machining.

“This is a one-of-a-kind partnership and one I am especially thrilled about,” said Keselowski. “Mayor Johnson and his team and residents of Elk Grove have a clear handle on the manufacturing industry and have shown through many examples ways in which they give back to the community and surrounding areas. The Chicago race next year will be one of the most anticipated events in our sport’s history and we’re proud to carry Elk Grove Village with us on board the No. 6 Ford.”

The Chicago street course event next July will be the first of its kind in the NASCAR Cup Series. Downtown Chicago will serve as the host of the temporary street course, a 12-turn, 2.2-mile circuit that will run against the backdrop of landmarks like Grant Park and Lake Michigan. The start/finish line and pit road will be located along South Columbus Drive in front of Buckingham Fountain. The course will also be near the northern edge of Soldier Field, which is the site of the only other Cup Series race to take place in downtown Chicago in 1956.

The sponsorship of Roush Fenway Keselowski Racing is the latest sports marketing initiative undertaken by the village. It became the first municipality to sponsor a college football bowl game when it became title sponsor of the Makers Wanted Bahamas Bowl in 2019 and 2020. Elk Grove Village also sponsored USA Track and Field, USA Wrestling and USA Triathlon in the 2020 Olympic Summer Games.