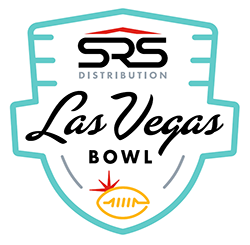 SRS Distribution will be the title sponsor for the Las Vegas Bowl, as part of a five-year agreement between the building products distributor and ESPN Events, the owner of the game. The bowl game will debut at its new home at Allegiant Stadium in December after the pandemic cancelled the 2020 game.

The 2021 game will match teams from the Pac-12 and Big Ten conferences, which is part of a rotating cycle that will also include teams from the Southeastern Conference.

“We are truly excited to welcome SRS Distribution to the Sports and Entertainment Capital of the World,” said John Saccenti, executive director of the SRS Distribution Las Vegas Bowl. “This creates an exciting relationship just as our game reaches new heights in its 30th year by moving into a new, state-of-the-art stadium and kicking off our matchup with three top conference brands that span across the nation.”

The bowl game had been held since 1992 at Sam Boyd Stadium before the announcement that it would move to the new home of the Las Vegas Raiders.

“We are thrilled to be the presenting sponsor of the Las Vegas Bowl,” said Dan Tinker, president and chief executive officer of SRS Distribution. “At SRS, our focus is building success for our employees, our customers, our suppliers and the communities we serve. With our team members’ and customers’ passion for college football, being a part of the Las Vegas Bowl is a special opportunity and we are honored to be working with ESPN Events. We look forward to doing our part to make sure the SRS Distribution Las Vegas Bowl is an over-the-top event for the fans, the city and the annual representative schools from these three great conferences.”