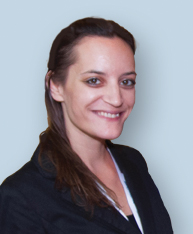 The producers of Wanderlust Festival, a series of large-scale lifestyle festival events focusing on yoga, music and wellness, recently organized Wanderlust 108, billed as the world’s first mindful triathlon. The event put a spin on the traditional triathlon and consisted of a 5K run, a meditation session and a yoga class.

In many Eastern traditions, the number 108 is considered sacred and signifies the interconnection between body, mind and spirit: 1 = unity; 0 = stillness; and 8 = infinite possibility. Wanderlust 108 explores these concepts by challenging participants to push their body, calm their mind and connect with others.

The first event was staged September 13 at the Prospect Park Ballfields in Brooklyn, New York. And Wanderlust 108 rolled again into Atlanta September 28 in Piedmont Park, where hundreds of participants kicked off the morning with a run around the large park. Before the meditation session with former NFL player Keith Mitchell began, triathletes took advantage of the Kula Marketplace, where vendors such as lululemon gave out picnic baskets stuffed with local, healthy food products and spray-painted yoga mats.

Following meditation, attendees could grab a bite to eat at one of three local food trucks before preparing for the long yoga workout, first facilitated by Sage Roundtree, then by MC Yogi, who led instruction over beats by DJ Sol Rising.

A portion of ticket sales supported the Sonima Foundation and Urban Yogis, two organizations dedicated to bringing yoga and mindfulness into public school systems. Wanderlust 108 will expand to more cities in 2015.