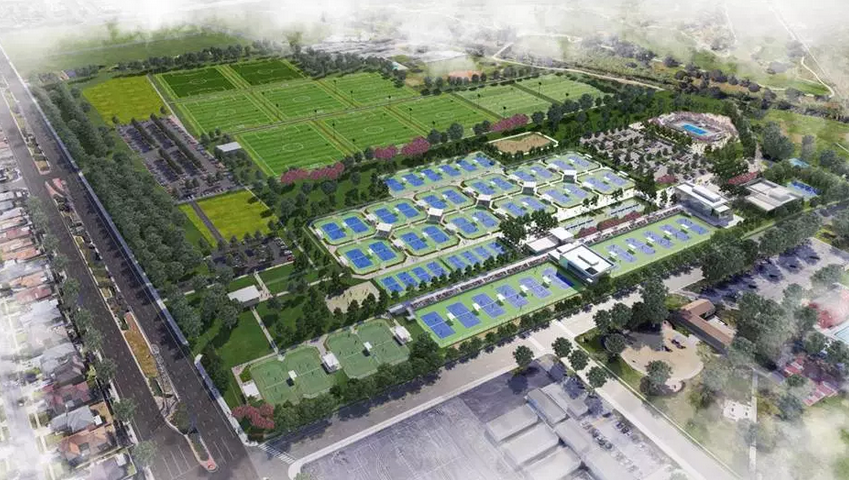 A project costing up to $100 million and which includes a Tiger Woods Foundation youth-focused learning center will be based in Carson, California, with groundbreaking in 2020.

The Carol Kimmelman Athletic and Academic Campus will be an 80-acre recreational facility with over 60 tennis courts, eight soccer fields, and the Tiger Woods Foundation-related center, which will be 25,000 square feet. The campus will be built on the site of an underperforming county golf course, with the remainder of the land utilized for a for-profit recreation center with an indoor sky diving facility, indoor sports complex, restaurants and a grocery store.

The city will also receive $5 million for street and sidewalk repairs after a deal was made with Los Angeles County for the development, construction and approval of campus facilities, while addressing the concerns of Carson city officials about the amount of traffic the project would generate on local roads.

Carol Kimmelman was a former University of Southern California tennis player who died of cancer in 2017. Her husband, Doug Kimmelman, is senior partner of New Jersey-based private equity firm Energy Capital Partners and president of the Kimmelman Family Foundation, which is spearheading the Carson project.

Along with the involvement of the Tiger Woods Foundation, the campus will have AEG and the Los Angeles Galaxy as partners with the soccer fields, and the United States Tennis Association’s charitable arm will run the tennis program.