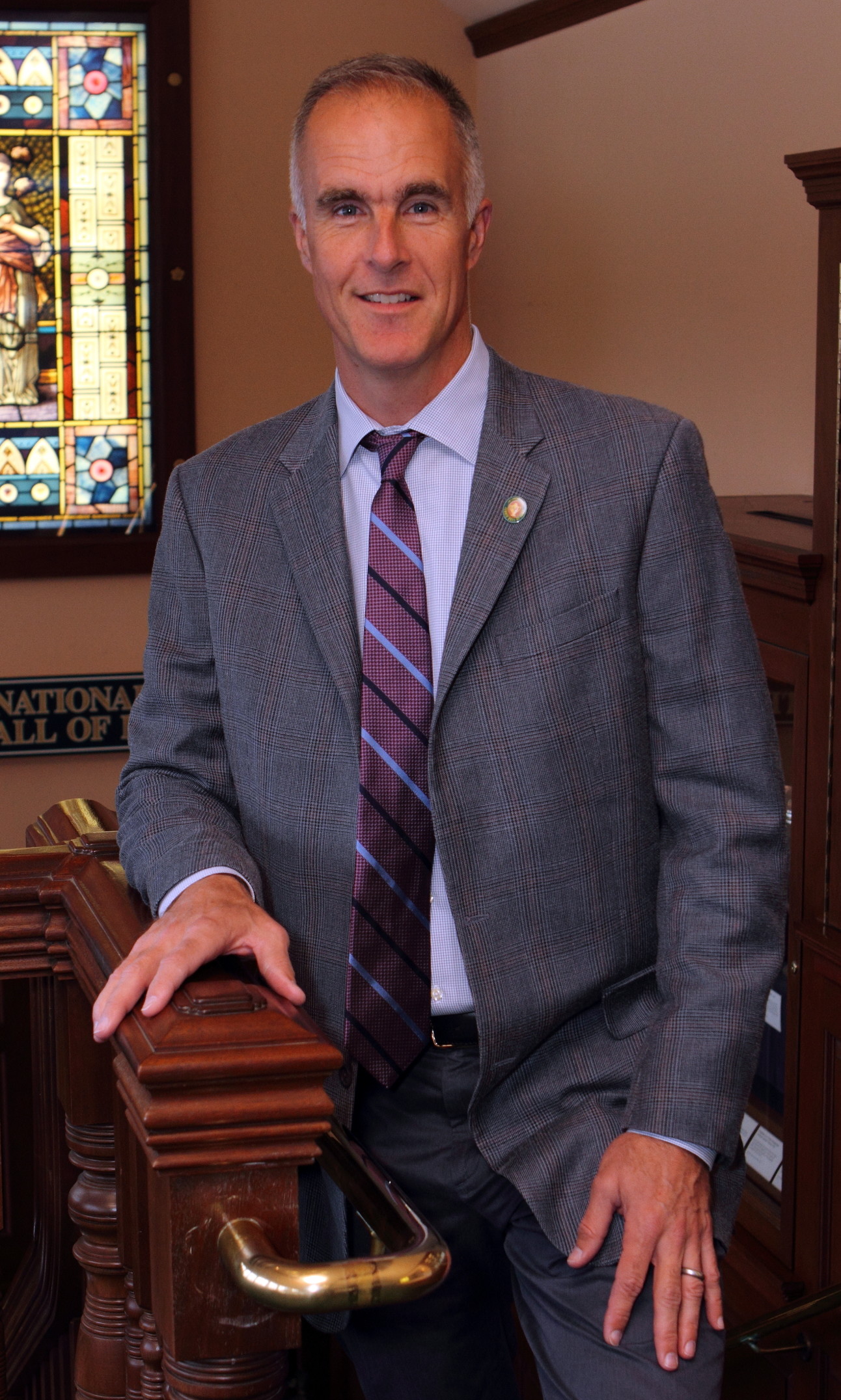 Former professional tennis player Todd Martin will become CEO of the International Tennis Hall of Fame & Museum in Newport, Rhode Island. He will succeed Mark L. Stenning, who is stepping down in September after 35 years with the organization and 14 years as CEO.

Martin, who was ranked world No. 4 on the ATP Tour in the 1990s, will begin as CEO-designate on April 1, 2014, and transition to full-time CEO in September. Stenning will transition to work on special projects for the Hall of Fame, including the completion of significant expansion and renovation projects to the facility.

In addition to his role as CEO, Martin will serve as tournament director of the Hall of Fame Tennis Championships, the only ATP World Tour event in the Northeast and the only pro grass court tournament in the Americas. He will assume that position for the 2015 tournament. He will also have oversight of the annual Hall of Fame enshrinement festivities, and other major events including the Legends Ball, an annual gala hosted in New York City during the U.S. Open, and a year-round calendar of public and private events in Newport.

“Not only was Todd a great player—one of the very best in the world—but he is also a tremendous leader and he has been widely respected in his role as president of the ATP Players Council and as a member of the USTA Board of Directors,” said ITHF Chairman of the Board Christopher E. Clouser. “He will be an asset to the organization, and we look forward to working with him on the continued growth of the International Tennis Hall of Fame & Museum.”

Martin will be assuming the helm during a dynamic time period for the organization. The Hall of Fame is in the midst of a $15.7 million capital campaign. In spring 2014, the organization is scheduled to break ground on a major construction project which will result in the addition of three more indoor/outdoor hard courts and a significant new building for locker rooms, fitness facilities, and office and retail space. Also on the impending schedule is a complete renovation of the museum at the International Tennis Hall of Fame, which will feature major technological updates and complete re-interpretation of the galleries.

“I’m particularly pleased to come on board at such an exciting time,” said Martin. “The impending capital projects will represent a significant upgrade to the property and the offerings the Hall of Fame can make to its patrons and the tennis community overall. A particular goal of mine will be to enhance the Hall of Fame’s impact and presence on the international tennis community, and the new museum and facilities will be beneficial in reaching that goal.”

Since retiring from the ATP World Tour in 2004, Martin has remained engaged in the tennis industry. He began serving a second term as a Director at Large on the USTA Board of Directors in January 2013, having previously served on the board from October 2011 through December 2012. He is currently the board liaison to the Youth Tennis Council. Previously, Martin was the board liaison to the Pro Tennis Council and was a member of the Davis Cup, Fed Cup, Olympic and Paralympic Team Events Committee. In 2012, he launched Todd Martin Tennis, which focuses on junior tennis development. Also in recent years, Martin has done some coaching and spent time working with Novak Djokovic and Mardy Fish.