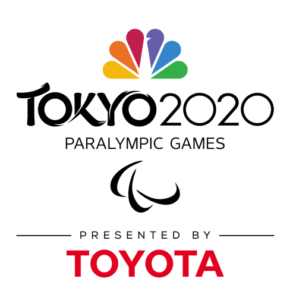 The Paralympics are going primetime. NBCUniversal has announced its broadcast plans for the Tokyo Paralympic Games and in a first for the United States, it will include primetime coverage on NBC.

The network plans a record 1,200 hours of programming during the event, which will be staged August 24–September 25, 2021. The coverage, which is presented by Toyota, will include more than 200 hours of television coverage across NBC, NBCSN and Olympic Channel: Home of Team USA; the debut of coverage on NBCUniversal’s streaming service Peacock; live coverage of the Opening Ceremony and Closing Ceremony on NBCSN; and live streaming coverage on NBC Sports digital platforms.

“NBCUniversal’s commitment to the coverage and promotion of the Tokyo Paralympic Games and U.S. Paralympic Team is truly something to celebrate,” said USOPC Chief Executive Officer Sarah Hirshland. “This is a great reflection of our combined pledge to creating a path to parity for the Paralympic movement while bringing the incredible feats of our Para athletes into more American homes than ever before.”

Primetime broadcasts on NBC will feature a mix of edited competition footage, athlete profiles and interviews.

“We are proud to be America’s long-term home of the Paralympics, and Tokyo will mark new heights in our coverage and storytelling,” said Gary Zenkel, president of NBC Olympics. “We are committed to growing our coverage across our platforms and bringing to the American audience the extraordinary achievements of Para athletes well into the future, a vision shared by our Paralympic partners — Toyota, Nike, Eli Lilly and United Healthcare.”