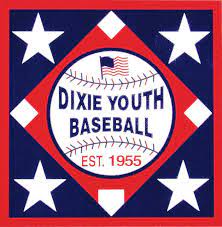 The 2023 Dixie Youth Baseball’s Division I and Division II World Series will be held at Bowers Park in Tuscaloosa, Alabama, for the first time.

The Tuscaloosa County Park and Recreation Authority and Tuscaloosa Tourism & Sports will host the event. Tuscaloosa PARA has hosted state-level tournaments in three of the past four years.

“PARA’s success in hosting the Alabama Dixie Youth Baseball (ADYB) Division II Tournament in 2021 and 2019 plus the ADYB Rookie State Tournament in 2017 was an important steppingstone to hosting this prestigious world series event,” said Gary Minor, executive director of PARA. “Our expertise in hosting baseball and softball tournaments in a quality manner has paid off in a big way.”

The World Series includes over 76 youth baseball teams from 11 states with players between the ages of 9 and 12. Past tournaments have hosted over 13,000 spectators and had an approximate economic impact of $5.6 million.

“Being selected as the host city and showcasing why Tuscaloosa is an exceptional fit was made possible because of a cohesive collaboration between PARA, TTS, and our Dixie Youth State Director,” said Tuscaloosa Tourism & Sports Director of Sports Stan Adams. “Aligning with our mission to recruit premier events that drive economic impact, we look forward to welcoming thousands of players and visitors to our great city.”

The Dixie Youth Baseball National Board of Directors approved awarding the tournament to Tuscaloosa during its August 2 session. The exact dates for the tournament are yet to be finalized.