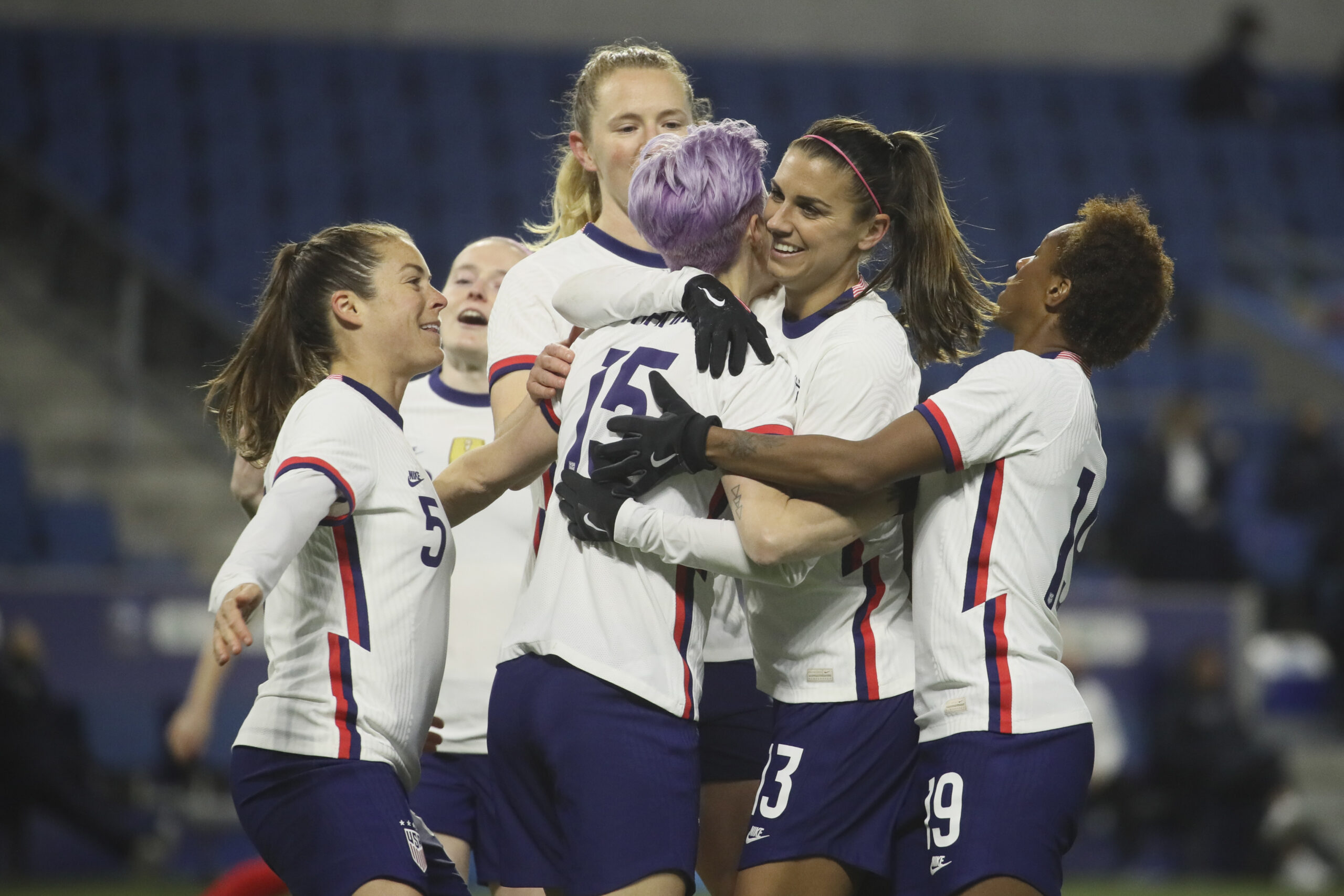 Megan Rapinoe is congratulated by teammates after scoring during the first half of an international friendly women's soccer match between the United States and France on April 13, 2021. (AP Photo/David Vincent)

The U.S. Women’s National Team will play Mexico twice in the WNT Send-Off Series Presented by Visa, with the first match on July 1 and the second on July 5, both at Pratt & Whitney Stadium at Rentschler Field in East Hartford, Connecticut.

With the final 18-player Olympic roster being announced in late June, these games will feature the full U.S. team days before leaving for Japan to participate in the delayed Olympic Games . The pair of will be played at the same venue to enable a more efficient execution of U.S. Soccer’s COVID-19 protocols. Once the U.S. and Mexico teams arrive in Connecticut, all the players and staffs will operate inside highly controlled environments.

“These are games to work on the final details, to once again give our players a chance to play with their position groups and areas on the field and to make sure our fitness is in the right place heading into our pre-Olympic training camp,” said U.S. Women’s National Team Coach Vlatko Andonovski. “Mexico is a team that has larger ambitions as it prepares for the run-up to the 2023 Women’s World Cup so we know they will give us two tough tests, which is what we need to continue to sharpen our team before we leave for Japan.”

For both matches, tickets will be available at near full capacity for Pratt & Whitney Stadium at Rentschler Field. It is a familiar venue for the USWNT, which has played seven previous matches there, going 4-0-3 since the first match in 2004.