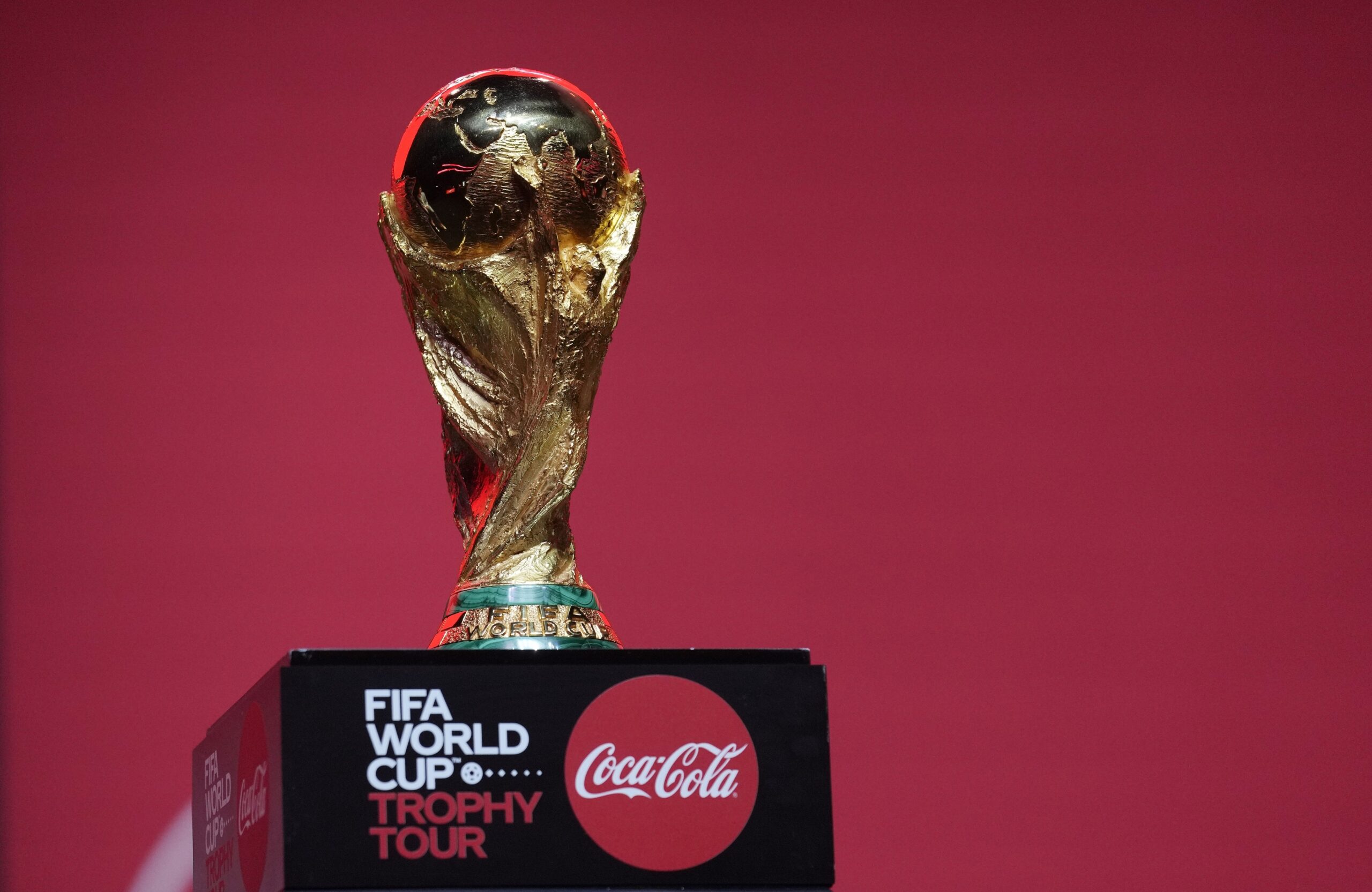 The FIFA World Cup trophy is on display in the United Arab Emirates. (AP Photo/Kamran Jebreili)

While Russian and Belarussian athletes are in many cases isolated from world sport competition in the wake of Russia’s invasion of Ukraine, Ukraine itself is seeking to be the future co-host of one of the world’s biggest sports competition.

Ukraine is set to join Spain and Portugal in a combined bid to host the 2030 World Cup in a planned announcement for Wednesday afternoon at UEFA headquarters in Nyon, Switzerland.

Ukraine co-hosted the 2012 European Championship in four stadiums, including in Donetsk and Kharkiv. Those cities in eastern Ukraine have been under occupation or bombardment since Russia invaded the country earlier this year. Ukraine’s involvement in a World Cup bid is supported by President Volodymyr Zelenskyy, who two weeks ago praised UEFA for supporting soccer in his country and suspending all Russian teams from international competitions, including the lucrative Champions League.

FIFA has given no formal timetable to choose a host for the 48-team tournament in 2030, but the governing body has promised a decision in 2024. Europe last hosted the World Cup in 2018 in Russia.

The UEFA-backed bid will face competition from two other multi-country bids. A South American proposal from Uruguay, Argentina, Paraguay and Chile seeks to have the event on the 100th anniversary of the inaugural World Cup in Uruguay while recently announced was a joint bid from Egypt, Greece and Saudi Arabia. It is unclear how Greece would be approved by UEFA to take part in a rival bid.

Soccer in Ukraine restarted in August after the national league was abandoned last season during the invasion. Ukraine’s national team and leading clubs are currently unable to host games in international competitions because of the security risk. Those games, including Shakhtar Donetsk playing in the Champions League, have mostly been played in Poland.