Visit Oakland has organized a citywide effort to bring together community leaders and organizations to promote opening week for the Oakland A’s.

Oakland A’s Manager Bob Melvin and Oakland Mayor Jean Quan started the week by raising an Oakland A’s flag on top of the Tribune Tower in Oakland, California. The event was followed by a press conference at the new Tribune Tavern restaurant on the bottom floor of the tower, as Visit Oakland, Oakland A’s representatives and city officials kicked off Oakland A’s Spirit Week. Oakland City Hall will be illuminated in green and yellow for Spirit Week, and Oakland International Airport will shine green and yellow lights curbside as part of the celebration of the upcoming baseball season. 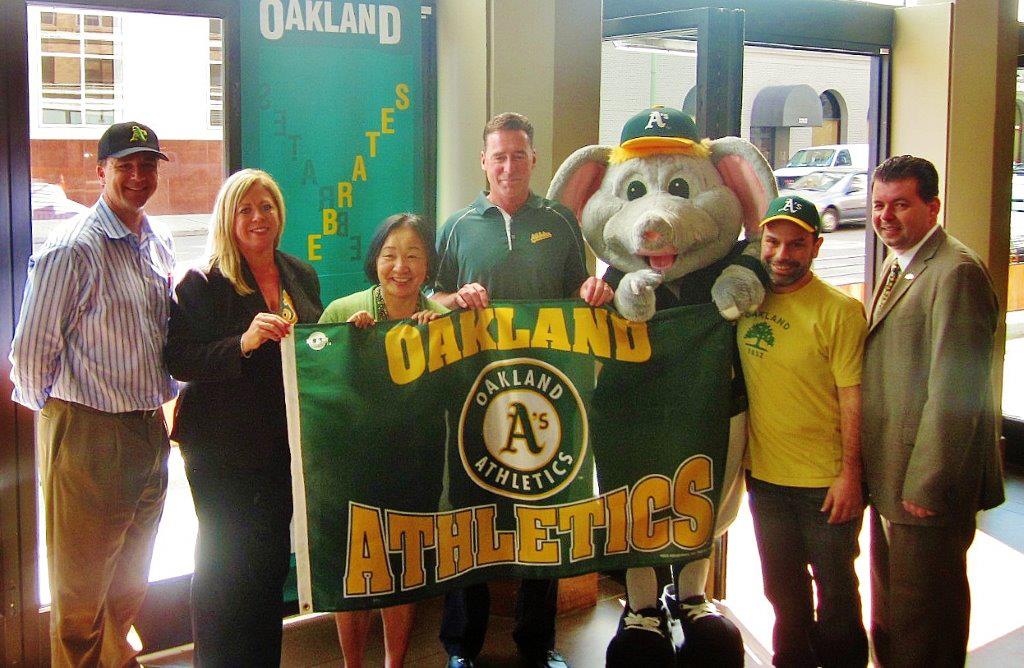