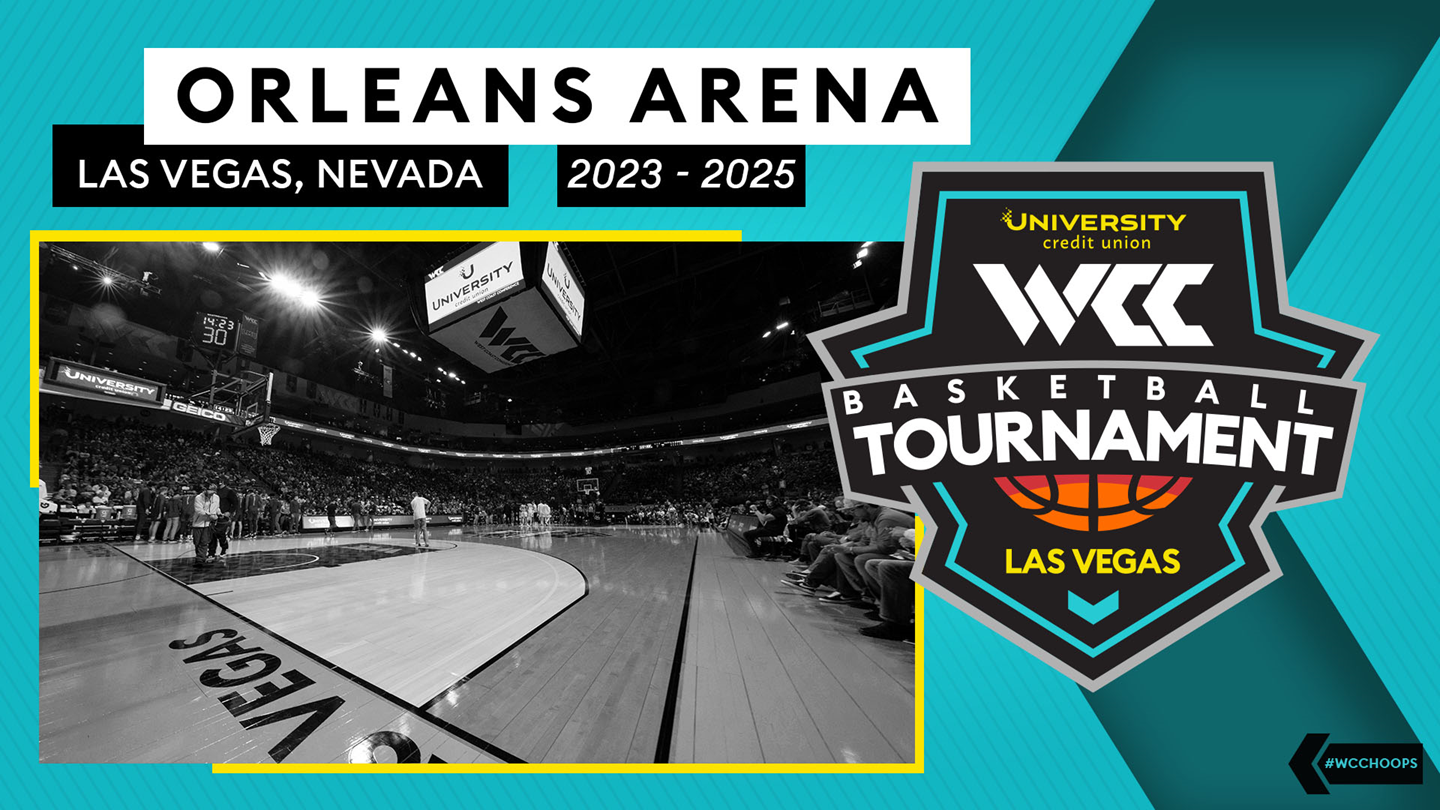 The West Coast Conference and Boyd Gaming have announced a contract extension that will keep the University Credit Union WCC Men’s and Women’s Basketball Tournament at The Orleans Arena in Las Vegas through 2025.

The 2023 tournament will take place from March 2–7, with the men’s and women’s champion earning an automatic bid to the NCAA Tournament.

“Our goal is to put on a world-class conference tournament, both in terms of the student-athlete experience and fan engagement,” said WCC Commissioner Gloria Nevarez. “We are excited to extend this valuable partnership with The Orleans and Boyd Gaming that brings together the combination of an outstanding venue with elite basketball. The Orleans and Boyd Gaming have proven to be excellent partners for over a decade.”

“We are honored to continue our fantastic partnership with the West Coast Conference,” said Tyler Baldwin, executive director of The Orleans Arena. “Over the past 15 years, the WCC, Orleans Arena and Boyd Gaming have created one of college basketball’s most exciting and intimate tournament experiences, leading the way for Las Vegas’ emergence as a tournament destination. We look forward to hosting WCC fans and students for three more years of unforgettable championship basketball at the Orleans Arena.”

The West Coast Conference also uses the week in Las Vegas to induct a new class into the WCC Hall of Honor, returning at this year’s tournament after a two-year absence due to the pandemic.