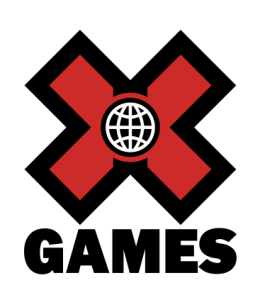 ESPN and the Aspen Skiing Company have agreed to terms to keep the Winter X Games in Aspen/Snowmass, Colorado, through 2019. The city is hosting its 13th X Games January 23–26, the longest tenure of any X Games host city for the winter or summer events.

“For the last 13 years, Aspen/Snowmass has been a fantastic location for the Winter X Games and we’re excited about extending our stay in Aspen/Snowmass and continuing our great relationship with Aspen Skiing Company,” said Scott Guglielmino, senior vice-president, programming and X Games. “While the level of interest from other locations was excellent, the opportunity to continue our collaboration with Aspen Skiing Company proved the most promising for long-term growth and development of the event.”

Aspen beat out competing bids from Lake Tahoe, California, and the Canadian city of Quebec. Park City, Utah, had also considered a bid but dropped out of the process last year.

“It’s amazing how X Games has seemingly become part of Aspen/Snowmass’s identity over the years,” said John Rigney, vice president, sales & events, Aspen Skiing Company. “There’s a rich cultural history here and we’re fortunate to host many world-class events, but I can’t think of a single event that resonates so well with kids and young adults as X Games does—and that’s a win for our resort, and more importantly the sports we love. Our community is proud to collaborate with ESPN and we look forward to five more great years together.”

The X Games winter event originally rotated on a two-year basis, beginning with the inaugural event held in Big Bear Lake, California, in 1997 followed by stops in Crested Butte, Colorado, (1998–1999) and Mount Snow, Vermont, (2000–2001) before calling Aspen home in 2002. The new agreement with Aspen Skiing Company follows on previous extension agreements made in 2004, 2007, 2009, 2012 and 2013.  By the end of the latest five-year deal, the X Games will have been in Aspen/Snowmass for 18 consecutive years.