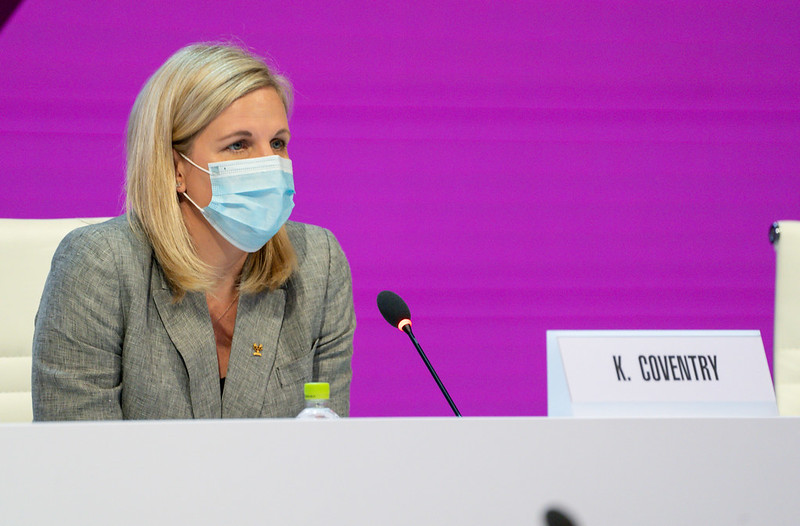 Three days before the start of the Opening Ceremony, no new COVID-19 cases were reported among athletes or Olympics stakeholders in Tokyo, although officials at the IOC and Tokyo 2020 continue to monitor the situation closely.

And while unlikely, the CEO of Tokyo 2020 on Tuesday did not rule out the event still being canceled if virus cases spike.

On Tuesday, the Tokyo region again reported more than 1,000 positive tests across the city. As far as the Olympic Games are concerned, there have been 67 reported cases of COVID-19 infections in Japan among accredited Olympic visitors since July 1.

IOC spokesman Mark Adams said the organization understands the concerns among Japanese citizens, who polling suggests have lost faith in the event as positive cases have emerged in recent days. Adams noted, however, that anyone coming to Tokyo for the Games, from athletes to coaches to media, have to have two negative tests within 96 hours of departure as well as a test at the airport in Tokyo upon arrival.

“Today the latest figure is that we’ve had nearly 30,000 tests at the airport for staff, athletes and stakeholders,” Adams said. “Each of those nearly 30,000 people has been tested twice before they even arrive. All those people had three tests — 100,000 tests. The level of testing, the playbooks, are not very easy to deal with but it’s important that we do all follow the rules. We can give them a level of satisfaction that everything is being done by us that there’ll be safe and secure Games.”

Adams added that the relationship between the IOC and the Tokyo 2020 Organizing Committee remains strong despite the challenges in organizing the Games. “It’s a very, very good relationship with the Organizing Committee,” he said. “These people are working under incredibly tough conditions. And the government has been very supportive. We’ll continue to work together to deliver these Games the best we can.”

Kirsty Coventry, the chair of IOC Athletes’ Commission, said athletes she has spoken with in the Olympic Village remain upbeat about the event.

As for concerns about the potential spread of COVID-19, Coventry said athletes she has spoken with remain confident the competitions can be staged as planned.

“Everyone is doing their best to ensure that it’s a safe Games for everyone,” she said. “If an athlete or a coach or a member of the team within the Village does, after coming into Japan, test positive then there are actions that are taken straight away to ensure the safety.”

That has indeed remained a concern.

On Monday, the U.S. had its first athlete test positive, an alternate on the women’s gymnastics team that is training in Japan ahead of the Games. The U.S. men’s basketball team has also had to adjust, sending just eight players so far to Tokyo after guard Zach LaVine was put into health and safety protocols and did not travel with the rest of the team to Japan. USA Basketball said it hoped he would be able to join the team later this week. LaVine is the third member of the team affected by the virus and the protocols to protect against it. Bradley Beal earlier left the team over concerns of his potential exposure, as did Jerami Grant. Team USA is also waiting on Khris Middleton, Jrue Holiday and Devin Booker to join the team at the conclusion of the NBA Finals.

In response, Olympic Games Executive Director Christophe Dubi said those decisions are beyond the IOC to make. “That other sporting events now have fans is a decision that belongs to local authorities, and we must respect that,” Dubi said. “We have received questions from a number of athletes who are observing the same. What we know for a fact is they have reinstated a state of emergency and we hope this produces very good results in the coming days.”